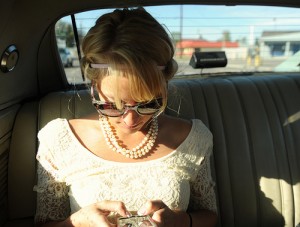 Mr. David is president of David PR Group, in Miami Florida, a public relations firm focused on branding and strategic communication for businesses. He blogs regularly on topics of interest to salespeople, and shares them here.Â

After a year that saw a slew of epic social media fails, like an Elon Musk tweet leading to a set of $20 million fines and numerous folks losing jobs over offensive posts, I can say with certainty that 2019 will offer a new batch of colorful online problems. Some of the old pitfalls remain, but thereâs also hope as we learn to better manage our online lives â and hopefully be less judgmental of others. Here are five key online reputation trends for 2019.

Your job is watching you, but mainly if you screw up
While most employers truly donât care what you do in your off hours, what you say on personal social media accounts can still get you in hot water and even fired. For example, last month Green Bay Packers Associate Head Coach Winston Moss posted on Twitter that the team needs to hold star quarterback Aaron Rodgers accountable for the teamâs poor play. Moss was quickly fired. Lesson: Donât publicly bash your organizationâs most high-profile employee. Sure, we have freedom of speech in America, but you donât get to say whatever you want with impunity. Iâm not an employment lawyer so I canât get into the finer points of what constitutes a legally fire-able offense, but I know that in some states an employer doesnât need a reason to terminate you. My advice is that itâs best to keep controversial opinions to yourself, and donât say anything on social media that you wouldnât be comfortable saying in your company break room among all of your co-workers.

Your past social media posts matter
Comedian Sarah Silverman got dinged last year when a tweet surfaced from 2009 in which she posted: âHey, is it considered molestation if the child makes the first move? Iâm gonna need a quick answer on this.â Did a younger guy make a pass at her? Perhaps. Was it a universally funny joke? Nope. But hereâs the thing: Someone took the time to look back through thousands of tweets (Silverman has nearly 14,000 of them going back more than 10 years), then found a subjectively offensive one and called her out. The incident gained traction because some folks suggested that she be fired from her role as a voice actress for Disney.

So, who has time to spend hours going through thousands of old tweets? Beats me, but if you are in a competitive business environment (or maybe you upset a co-worker), then you might want to spend some time to cleanse your online footprint. Better yet, be careful what you post, and steer clear of controversial topics.

The good news: people are cutting us some slack
Another trend for 2019 is that audiences are becoming more sophisticated when it comes to online issues. While initial reactions to social media dust-ups might look bad, in some cases, our society passes favorable judgments for the long term. A few recently came to the forefront. Last month, comedian and actor Kevin Hart announced that he wouldnât host the Academy Awards after a number of past homophobic tweets were republished. The Academy asked Hart to apologize, but he instead said that he would step down, suggesting that he was being held hostage by statements made years earlier that he has acknowledged were insensitive. Like in the Silverman case, not everyone was up in arms about inappropriate jokes made years earlier â by a professional comedian â but Hart felt compelled to step away. Last week, fellow comedian and entertainment mogul Ellen Degeneres had Hart on her show and encouraged him to reconsider his decision as she lobbied the Academy to have him host the upcoming show. Stay tuned on that one. Also, last week, a video of new member of Congress Rep. Alexandria Ocasio-Cortez was published. It showed her dancing on a rooftop while she was a college student. While some internet trolls thought it might do damage to her reputation, many folks came to her defense â saying the video was more adorable than offensive. Ocasio-Cortez then published her own reply on Twitter, showing her performing some low-key dance moves outside her new Capitol office. Take that, trolls.

But hereâs the thing: Someone took the time to look back through thousands of tweets, then found a subjectively offensive one and called her out...

Reviews at the forefront
Online review are here to stay. Thatâs indisputable. Yet they are even growing in importance as review-oriented sites are having a larger impact on how we book travel, choose where to dine and even evaluate our next job. If you donât have a strategy in place to manage online reviews, you are operating at your own peril. Specialization within industries will continue as more review sites pop up and as major players (like Facebook and Google) get more traction.

We expect responses and engagement
Part of any review strategy must include engagement. We need to have processes in place to monitor and respond to reviews in a timely manner. Many customers, who have had both positive and negative experiences, want to interact online. Some are less likely to pick up a phone or speak in person about services received or product quality. Engagement is critical because some customers simply want acknowledgement of their issues. While some folks use reviews to complain, many others just want to know that a company is listening and that it values feedback.

We can be certain that online mishaps will continue in 2019, but if you follow a few simple tips, then you are less likely to be a victim.

Have you audited your online accounts, past and present, to check for vulnerabilities? If not, we can help and also assist with other issues related to online reviews or negative online content. Feel free to give me a call to discuss. Happy New Year! Visit here.