Are Todayâs Emerging Affluent Investors Millionaires in the Making? 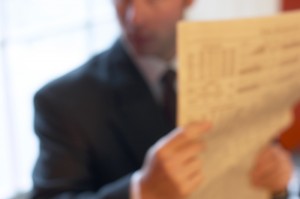 March 06, 2015 – New Fidelity research finds 55 percent of financial advisors plan to target emerging and mass affluent investors in the next five years,1 a fact that raises the question: do these investors have the potential to move up the wealth spectrum?

Fidelity Investments® today released results of its 7th Millionaire Outlook,2 which shows that emerging affluent investors3 are well positioned to attain – or even exceed – millionaire status. Most importantly, while these investors look very different than today’s millionaires,4 with more than two-thirds female and one-quarter non-white, they demonstrate many similar attitudes and behaviors.

The study identified the emerging affluent as having the greatest wealth potential based on six wealth-building factors: time horizon, career, income, self-made status, long-term focus and investing style. “We’ve been pointing out for years how unique the next-generation of investors is, but in reality, they exhibit many similarities to today’s millionaires—even the deca-millionaires,” said Bob Oros, head of the registered investment advisor segment, Fidelity Clearing and Custody. “These similarities should motivate advisors to broaden their client base beyond the traditional millionaire and give all investors confidence in their ability to move up the wealth spectrum.”

“To be a ‘millionaire in the making,’ investors should get in the game early and have a plan that will enable them to achieve their goals. While some may be interested in managing their finances themselves, many others don’t have the skill, will or time to strategically grow their wealth. For the latter, they should consider getting help from a financial professional, so they don’t lose the gift of the time horizon that is on their side,” said John Sweeney, executive vice president, Fidelity Investments.

At first glance, the emerging affluent do not look like millionaires in the making given their median assets of $250,000, but the study found that they have six wealth-building factors on their side, many of which they share with today’s millionaires and deca-millionaires.

2. Career
Many of the emerging affluent have pursued similar professions to today’s millionaires, including information technology, finance and accounting. While they might be at lower-level positions than millionaires, they have a number of years in front of them to move up the ladder.

4. Self-Made Status
Approximately eight in 10 emerging affluent investors have earned or increased their assets on their own, a trait they share with millionaires and deca-millionaires.

5. Long-Term Focus
The emerging affluent share millionaires’ long-term focus, with three in four of both groups focused on the long-term growth of their assets, and three in 10 focused on supporting the lifestyle they want in retirement.

6. Investing Style
Similar to deca-millionaires, the emerging affluent display a willingness to invest aggressively to help maximize returns, as well as a willingness to set aside a significant portion of their portfolio for riskier investments that promise a bigger payoff. The emerging affluent and deca-millionaires were also most likely to describe themselves as “self-directed” investors, seeking hands-on involvement with their investments.

Approximately eight in 10 emerging affluent investors have earned or increased their assets on their own, a trait they share with millionaires and deca-millionaires

For investor and advisor considerations to help increase the emerging affluent’s wealth potential, click here. For more details on the study and to access Fidelity’s new report, Exploring Wealth Potential Across the Spectrum of Investors, visit go.fidelity.com/insightsonadvice.

About Fidelity Investments
Fidelity’s goal is to make financial expertise broadly accessible and effective in helping people live the lives they want. With assets under administration of $5.0 trillion, including managed assets of $2.0 trillion as of January 31, 2015, we focus on meeting the unique needs of a diverse set of customers: helping over 24 million people investing their own life savings, nearly 20,000 businesses to manage their employee benefit programs, as well as providing nearly 10,000 advisory firms with technology solutions to invest their own clients’ money.

Privately held for nearly 70 years, Fidelity employs 41,000 associates who are focused on the long-term success of our customers. For more information about Fidelity Investments, visit www.fidelity.com. The content provided herein is general in nature and is for informational purposes only. This information is not individualized and is not intended to serve as the primary or sole basis for your decisions as there may be other factors you should consider. Third party marks are the property of their respective owners; all other marks are the property of FMR LLC. Fidelity Clearing and Custody provides clearing, custody, or other brokerage services through National Financial Services LLC or Fidelity Brokerage Services LLC, Members NYSE, SIPC. 200 Seaport Blvd, Boston, MA 02210 Fidelity Investments Institutional Services Company, Inc., 500 Salem Street, Smithfield, RI 02917 716497.1.0 1.9860769.100 © 2015 FMR LLC. All rights reserved.