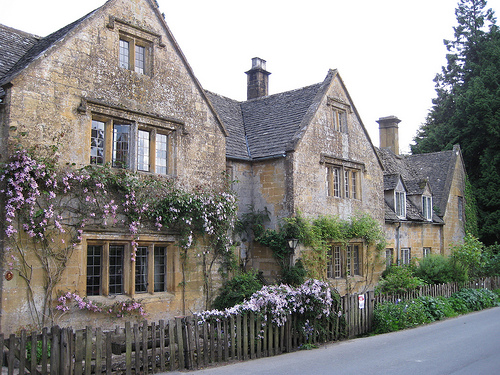 SANTA ANA, CA–(Marketwired – Jun 28, 2013) – There’s little doubt that the past year has been good for real estate, with existing home prices up more thanÂ 11 percentÂ nationwide. But does this mean buyers have missed the boat? Is the remainder of 2013 still a good time to be in the real estate market?

Actually, there are three good reasons why 2013 is an attractive time to buy.

Figures from theÂ National Association of RealtorsÂ®, show that during the first quarter existing home prices rose in 133 out of 150 major metro areas. Such numbers suggest there is a broad recovery in the housing market but one that is neither universal nor complete. There is more recovery to go and that’s good news for prospective home buyers.

Barring a fresh crisis, saidÂ PoliticoÂ Chief Economic Correspondent Ben White in May, “many economists expect growth to return to a fairly healthy level by next year as house prices and the stock market continue to rise and the jobless rate falls closer to its historic average of 5.8 percent.”

For instance, between 2006 and 2012 the national population grew by more thanÂ 14 million peopleÂ while new home construction largely withered: In 2005 there were more thanÂ 2.465 millionÂ single-family housing starts, a number that fell toÂ 535,000Â units in 2012. One result, saysÂ Economix, is that 17 million adult children now live with their parents.

“Demographics suggest that there should be about 1.1 million more households headed by younger Americans today than there actually are,” said theNew York Times. “As a result, we’re still seeing an unusually high number of people living with parents, other relatives or friends.”

Another factor impacting demand is immigration: people want to move to America.

Forsythe explains that “between more people, more adults doubling-up and living at home, and fewer recent housing starts it’s easy to argue that with so much pent-up demand it’s a good time to buy real estate in many markets.”

From 2006 and for several years thereafter foreclosure levels across the country soared.Â RealtyTracÂ Vice President Daren Blomquist says 5.1 million foreclosures took place between 2006 and through April 2013. Right now there are 1.4 million homes which are bank-owned or in the process of foreclosure, says Blomquist.

“The foreclosure meltdown clearly impacted home values nationwide,” says Forsythe. “As we reduce the distressed property inventory it means home values are more likely to rise. This is because fewer homes sold at discount will show up in local comps.”

As examples, theÂ National Association of RealtorsÂ said foreclosures closing in April typically sold at a 16-percent discount while short-sales during the same month were widely available with a 14-percent write-down.

The good news is that foreclosure levels have begun to ebb. According to Lawrence Yun, chief economist with theÂ National Association of Realtors, foreclosure rates for Fannie Mae and Freddie Mac now range between .1 and .2 percent. That’s far below the rate we saw before the foreclosure meltdown.

In addition, says Forsythe, “because the foreclosure crisis is now maturing we see the emergence of ‘boomerang’ buyers, people who had financial problems several years ago and are now able to get back into the marketplace because they can once again qualify for a mortgage.”

There’s no doubt that mortgage rates have risen from the record lows seen in 2012. Given a choice, everyone wants the lowest possible interest levels. The question is whether rates today have risen to the point where real estate is no longer attractive.

“Real estate is an arena which requires perspective,” said Carrington’s Forsythe. “By the standards of the past several decades today’s mortgage rates are astonishingly low. If the expectation is that rates are rising then logically the time to buy is now, before rates go higher.

“No less important,” Forsythe continued, “it’s the combination of mortgage rates and home prices which are central to affordability. Higher rates impact affordability, but affordability remains attractive in many areas. Even after a year of rising home prices, housing today is still less expensive than at the2007 peak. Many opportunities to buy and lock-in low rates remain, opportunities which may evaporate over time.”