And You Thought Your Work-Life Balance Was Difficult â¦ 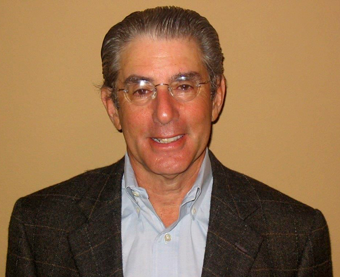 Larry Katzen forged an ambitious career as a leader at one of the worldâs most prestigious accounting firms. But he has been equally ambitious with his family life; heâs the father of quadrupletsâthree sons and a daughter. And he felt it was important to serve his community, sitting on more than 10 boards of directors.

âIt was an incredible challenge and I donât regret one minute of it!â says Katzen, author of âAnd You Thought Accountants Were Boring – My Life Inside Arthur Andersen,â (Larryrkatzen.com), a look at working in one of the worldâs most historically important accounting firms while nurturing bonds with his wife and children.

âThe quadruplets were born April 22, 1974, before multiple births became fairly common, so we were front-page news and featured on all the national TV news shows,â Katzen says. âBut that also tells you there werenât many other parents who could give us advice, and certainly no internet forums to turn to!â

At the time, Katzen was also working his way up the ladder and taking on new challenges at Arthur Andersen, one of the âBig 8â accounting firms. How did he and his wife, Susan, manage? âIt comes down to sticking to some basic principles: doing the right thing, for one, and listening to your heart,â Katzen says. He draws on his 35-year career and family life to offer these tips for working parents with multiple children:

It comes down to sticking to some basic principles: doing the right thing, for one, and listening to your heart

âWhen we discovered Sun Valley, Idaho, the children were 6. On our first trip there, they quickly learned to ski, and they clearly loved the snow â we could hardly get them to come inside,â Katzen says.

The family so enjoyed the vacation, they looked into the prices of condos.

âWe found a furnished condo at a very affordable price and for the next 13 years, we enjoyed summers and winters in Sun Valley,â Katzen says. âIt may sound like a big investment, but when you consider the costs of motels and dining out for a family of six, it works out well â and itâs a lot more comfortable.â

About Larry Katzen
After graduating from Drake University in 1967, Larry Katzen started working at Arthur Andersen and quickly rose through the ranks to become the Great Plains Regional Managing Partner. An honorable, hard-working man who devoted his life to Arthur Andersen, Larry was there from the companyâs meteoric rise to its unjust demise. He stayed with the firm for 35 years, serving clients globally until 2002. In his new memoir, And You Thought Accountants Were Boring – My Life Inside Arthur Andersen, Katzen details the political fodder in the governmentâs prosecution of Enron; how the company was unjustly dismantled for its supposed connections to the corruption; its vindication and why it came too late, and the devastating impact it had on 85,000 employees.