Think Twice About Investing in Own Company 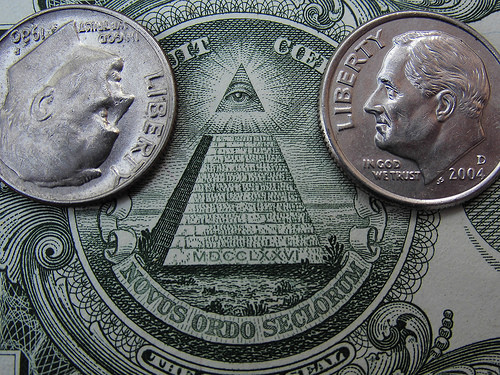 Mr. Nealon is a member of the media staff at the University of California, Riverside. Connect with him by e-mail: sean.nealon@ucr.edu. Reprinted with permission.


March 4, 2015 RIVERSIDE, Calif. — Employees whose retirement plan is invested in stock of the company where they work do not pull out money as the firms approach financial distress, a recently released, but yet to be published paper, co-authored by a University of California, Riverside (www.ucr.edu) assistant professor found.

This lack of action creates significant financial losses for employees, such as was the case with Enron and WorldCom. The researchers analyzed 21 years of data involving more than 700 public companies and found that in the three years leading up to financial default the average loss in company stock value was nearly $30 million.

Meanwhile, during those same three years, the average percentage of the firm’s own shares in its pension plan was more stable, in spite of very public declines of stock price. It went from 3.4 percent three years from default, to 2.9 percent two years out and up to 3.9 percent in the year right before default. “It can be dangerous when employees have too much of their retirement savings invested in company stock,” said Yawen Jiao, an assistant professor of finance at UC Riverside’s School of Business Administration. “Our findings highlight an urgent need to place a cap on how much can be invested. Employees need to be protected.”

Jiao’s advice to employees is to diversify the holdings in their retirement plans. “If all of your human capital is invested in a company your financial capital needs to be diversified,” she said. Jiao co-authored the paper, “Corporate Pensions and Financial Distress,” with Edith S. Hotchkiss, an associate professor at Boston College, and Ying Duan, an assistant professor at the University of Alberta.

At a time when ballooning pension costs have been cited as an important contributor to defaults and bankruptcies of many U.S. companies, the researchers sought to systematically document the role of corporate pensions in the resolution of financial distress, which had not been done, despite the level of attention many of these cases attract.

The paper looks at two types of pension plans: defined benefit plans, where a retiree receives a specific payment usually based on years worked and salary levels; and defined contribution plans, where the amount of money a retiree received depends on how much he or she, and in some cases the company, contributed while employed and how the investments performed.

Despite such risks, this form of ownership is often encouraged by executives, citing that it can align the interests of employees with shareholders, motivating employees to increase productivity and therefore profits. Jiao advocates for a cap on the percentage of company stock that can be held in a defined contribution plan. She said it is hard to provide a specific percentage because each company is different, but noted that the 10 percent cap for defined benefit plans helped keep these plans well diversified relative to defined contribution plans.

She suggested 10 percent may be a starting point for debating what constitutes an optimal cap for defined contribution plans. With defined benefit plans, the researchers found the biggest issue is not high levels of exposure to company stock, but instead companies’ underfunding of pension plans as they near default.

Companies with defined benefit plans that have filed for bankruptcy have the possibility of shifting their pension plan to the Pension Benefit Guaranty Corporation, an independent government agency, if the company can credibly demonstrate that the reorganized firm would not be viable without terminating the plan. That typically results in a cut in pension payments for employees.

The researchers were surprised to found that only 20 percent of bankrupt companies in their data set actually shifted responsibility to the Pension Benefit Guaranty Corporation, Jiao said. Those included Delphi Corp. and United Airlines. “Our findings cast doubt on the argument that defaulting firms often opt for bankruptcies to terminate underfunded pensions,” the researchers write in the paper.