Women In The Workforce

Two-thirds of women see a recession ahead, but plan to double-down on retirement savings

New research from HerMoney and the Alliance for Lifetime Income reveals ninety-two percent plan to maintain or increase their 401(k) and IRA contributions even if the U.S. enters a recession. 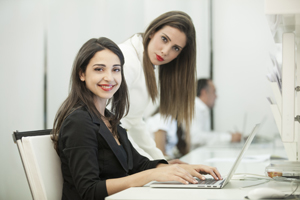 WASHINGTON, Nov. 14, 2022 /PRNewswire/ — New research released today from HerMoney and the Alliance for Lifetime Income reveals that over two-thirds (68 percent) of women see a U.S. recession ahead. However, in these uncertain timesâwhen just two percent say they doubt or don’t believe a recession is imminentâwomen are doubling down to secure their financial futures.

The fifth chapter of the “State of Women in 2022 ” study looked closely at women’s economic outlooks and reveals some of the trade-offs they’re willing to make to remain in control of their financial futures. The survey finds that despite a cloudy outlook, 92 percent of women plan to maintain, or even increase, their contributions to retirement accounts, including 401(k)s or IRAs.

“Despite believing a recession is on the horizon, women aren’t letting that interfere with their long-term financial goals,” said Jean Chatzky, Alliance for Lifetime Income Fellow and HerMoney CEO. “Not only do women say that they will stay committed to saving for retirement, two-thirds plan to ‘double down’ on their investments and adopt a now-is-the-time-to-buy mindset.”

If the U.S. does enter a recession, women are willing to be conservative elsewhere. Only five percent of women would borrow for big purchases, while seven in 10 (71 percent) say they will put off big purchases entirely and another quarter (24 percent) would only pay cash.

Women in Control of the Purse Strings and Clock

Four out of five women (80 percent) prefer making the financial decisions themselves versus deferring to a decision-making partner. This is the same whether currently partnered or single.

In addition, women are also overwhelmingly focused on taking control of their time. Notably, a majority (61 percent) would prefer to earn 10 percent less money and have 10 percent more time than sacrifice their time to earn more. Even more (74 percent) would prefer to earn less money in a low-stress job than to take on a stressful job to earn more.

While women are less willing to sacrifice their time, a notable majority of working women are ready to make short-term sacrifices in the name of their financial futures:

Despite believing a recession is on the horizon, women aren't letting that interfere with their long-term financial goals...

In general, working women say the top trade-off they make to be able to save for retirement is limiting purchases of luxury goods (79 percent). Millennials are the most likely to make other sacrifices. They’re significantly more likely to limit memberships and subscriptions (61 percent) and make housing trade-offs (48 percent) than Gen Xers and Baby Boomers.

Upon reaching retirement age, the vast majority of working women say they would prefer to delay Social Security to increase their benefit over time (85 percent) than to take Social Security right away (15 percent).

“Our research finds that most women, especially as they age, prefer to have a portfolio that generates retirement income they can count on,” said Jean Statler, CEO of the Alliance for Lifetime Income. “An overwhelming 83 percent of working women would choose a portfolio with reliable retirement income over a risky portfolio with potential for higher returnsâjumping even higher, to 88 percent, among Baby Boomers. Women have told us time and time again that they prioritize saving and have peace of mind when they know they have enough protected income to last throughout retirement.”

This online study was conducted from October 4 to October 17, 2022 among over 1,100 women who are members of the HerMoney community. They range in age from 18 to over 75, most are college-educated and employed full-time. Nearly two-thirds are married or partnered.

About the Alliance for Lifetime Income

The Alliance for Lifetime Income is a non-profit 501(c)(6) educational organization based in Washington, D.C., that creates awareness and educates Americans about the value and importance of having protected lifetime income in retirement. Our vision is for a country where no American has to face the prospect of running out of money in retirement. The Alliance provides consumers and financial advisors with educational resources, interactive tools, and actionable research and insights to use in building retirement income strategies and plans. We believe focusing attention and conversations on retirement income that lasts throughout life leads to greater retirement security for millions of Americans. Learn more at www.ProtectedIncome.org.

HerMoney is a media company focused on improving the relationships women have with money. Started by personal finance expert Jean Chatzky, the mission of HerMoney is to level the playing field for financial security, confidence and power for women with content that is welcoming, thought-provoking, bold, unbiased and always smart. Subscribe to our weekly podcast and newsletters, and follow us on social media to get the latest from HerMoney.com.