The State Of Unemployment In The U.S.

Reviewing the states where unemployment claims are decreasing the most

To identify where unemployment claims are decreasing the most even amid costly inflation, WalletHub compared the 50 states and the District of Columbia based on changes in unemployment claims for several key benchmark weeks. To view the full report and your stateâs rank, please visit here. 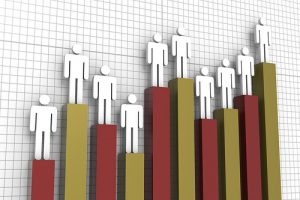 New unemployment claims decreased by 7.3% week-over-week on January 9 amid high inflation and the threat of a recession. To help add some context to these statistics, WalletHub just released updated rankings for the States Where Unemployment Claims Are Decreasing the Most.

Every state had unemployment claims last week that were lower than in the previous week except for Oregon, Louisiana, New Mexico, California, Maryland, Rhode Island, Alaska, Idaho, Arkansas, Nevada and Kentucky.

Every state had unemployment claims last week that were lower than in the same week pre-pandemic (2019) except for Nevada, New York, Indiana, California, Colorado, Utah, Rhode Island and Ohio.

What are unemployment predictions for 2023?

âThe U.S. economy is expected to grow very little in 2023. This would lead to a jump in unemployment to as high as 4.6 percent, according to the Federal Reserve. Both of these things would be signs of the Fed continuing to try and get a handle on inflation,â said Jill Gonzalez, WalletHub Analyst. âIf this âworst-case scenarioâ comes true, it could mean that millions of people who now have jobs could wind up unemployed.â

How would a potential recession affect unemployment?

âA potential recession would negatively affect unemployment significantly. Losing a job is never good, but when you combine it with such high inflation it can really become disastrous,â said Jill Gonzalez, WalletHub Analyst. âEven Americans with jobs right now are struggling to afford essentials like food and gas. If those numbers would climb while more people become unemployed, we might see an economy in deep recession.â

What do you make of the fact that there are more job openings than there are unemployed Americans?

âUnemployment is really no longer an issue since the country has recovered from much of the fallout of the pandemic,â said Jill Gonzalez, WalletHub Analyst. âThe next step might be looking to open up immigration to fill the surplus of jobs nationwide. Doing so would not only help businesses meet their needs, but would also drive additional economic growth.â

How do red states and blue states compare when it comes to new unemployment claims?

âWith an average rank of 25 among the states with the biggest decreases in unemployment claims, red states fared better last week than blue states, which rank 27 on average,â said Jill Gonzalez, WalletHub Analyst. âThe lower the number of the ranking, the bigger the decrease in the state’s new unemployment claims was.â

How has unemployment in the Mountain states â the division with the highest inflation growth in the past 12 months â been impacted?