Even with record-high coverage, 2 in 5 adults still burdened by medical bills and debt

A new Commonwealth Fund survey finds that health insurance is not protective enough for many Americans; large deductibles and other cost sharing expose consumers to high cost. Read the full report here. 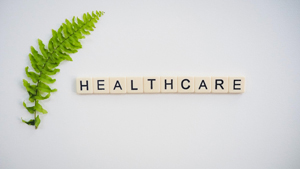 Despite historically high levels of health insurance coverage, 46 percent of working-age adults skipped or delayed care because of cost in the past year, and 42 percent struggled to pay medical bills or were paying off medical debt, according to findings from the latest Commonwealth Fund Biennial Health Insurance Survey.

Absent action by policymakers, this picture will likely worsen after the COVID-19 public health emergency period ends, as is expected to happen next year. This action will trigger a massive effort by states to redetermine Medicaid enrolleesâ eligibility â a process that could cause nearly 16 million people to lose coverage, with many becoming uninsured.

Fielded between March 28 and July 4, 2022, the surveyâs results spotlight growing health care costs â particularly for hospital inpatient and outpatient services â that are squeezing Americans whose insurance doesnât provide adequate financial protection, even as overall coverage continued to improve. The nationally representative survey is part of a series conducted by the Commonwealth Fund since 2001. This year the survey used a new sampling method and was primarily conducted online.

This includes people who are uninsured (9%), had a gap in coverage over the past year (11%), or are underinsured, meaning that their coverage does not provide them with affordable access to health care (23%).

More than one-quarter (29%) of continuously insured people with employer coverage and 44 percent of those with coverage purchased in the individual market or marketplaces are underinsured because of high out-of-pocket costs and deductibles, relative to their income.

Half (49%) of people surveyed said they would be unable to pay for an unexpected $1,000 medical bill within 30 days, including 68 percent of adults with low income, 69 percent of Black adults, and 63 percent of Latinx/Hispanic adults.

Up to one-quarter of people with chronic health problems like diabetes said that out-of-pocket costs for prescription drugs had caused them to skip doses or not fill a prescription at all.

People who were uninsured for a year or longer were disproportionately young, Latinx/Hispanic, poor, sicker, and living in the South.

Sixty-eight percent of Democrats, 55 percent of independents, and 46 percent of Republicans said President Biden and Congress should make health care costs a top priority in the coming year.

âThis survey demonstrates that having health insurance isnât enough for millions of Americans who need good coverage, with affordable premiums and manageable out-of-pocket costs, which protects them from long-term financial problems. The Affordable Care Act made great strides toward better health insurance, but more work is needed to fill the remaining coverage gaps and design health plans that encourage people to get the health care they need to live productive and fulfilling lives.”

The fact that so many people in this country cannot afford needed health care â even with coverage at a record high â points to the importance of addressing health care costs...

âThis survey highlights the unique challenges of health care in the United States. The fact that so many people in this country cannot afford needed health care â even with coverage at a record high â points to the importance of addressing health care costs. Affordable, comprehensive coverage for all Americans is essential to good health and a strong health care system.”

The brief points to potential policy solutions for building on recent coverage gains and improving the quality of coverage to ensure people arenât burdened by high medical costs and debt.

Congress also could provide a path to coverage for Medicaid-eligible people in states that have yet to expand the program; this could reduce the number of uninsured people in those states by an estimated 1.9 million. The Urban Institute estimates that Black people would make the biggest gains in those states, with uninsured rates falling by 27 percent.

To help protect consumers from medical debt, Congress could ban short-term plans and other coverage that doesnât comply with the benefit requirements of the Affordable Care Act. It also could rein in deductibles and out-of-pocket costs in marketplace plans. In addition, states could use rate regulation to limit growth in premiums and cost sharing, as Rhode Island has.

With this yearâs survey, the Commonwealth Fund introduces a new baseline. Instead of using random digit-dial telephone sampling as they have done in previous years, they switched to an address-based sampling (ABS) frame and online survey administration for most respondents. They also made refinements to how they calculate poverty status and determine underinsurance for borderline cases. The switch in the sampling frame, the change in the way people take the survey (online instead of by phone), and these key measure refinements affect year-to-year differences in their trend questions. For that reason, this yearâs brief does not report on trends.

The Commonwealth Fund Biennial Health Insurance Survey, 2022, was conducted by SSRS from March 28 through July 4, 2022. The survey consisted of telephone and online interviews in English and Spanish and was conducted among a random, nationally representative sample of 8,022 adults age 19 and older living in the continental United States. A combination of address-based, SSRS Opinion Panel, and prepaid cell samples were used to reach people.

Statistical results were weighted to compensate for sample designs and patterns of nonresponse that might bias results. The resulting weighted sample is representative of the approximately 254 million U.S. adults age 19 and older.

This brief focuses on adults under age 65. The resulting weighted sample is representative of approximately 196.7 million U.S. adults ages 19 to 64. The survey has a maximum margin of sampling error of +/â 1.7 percentage points at the 95 percent confidence level for this age group.