The Evolution of Long Term Care

The Road Not Taken â Up Until Now

Not your father's Long Term Care 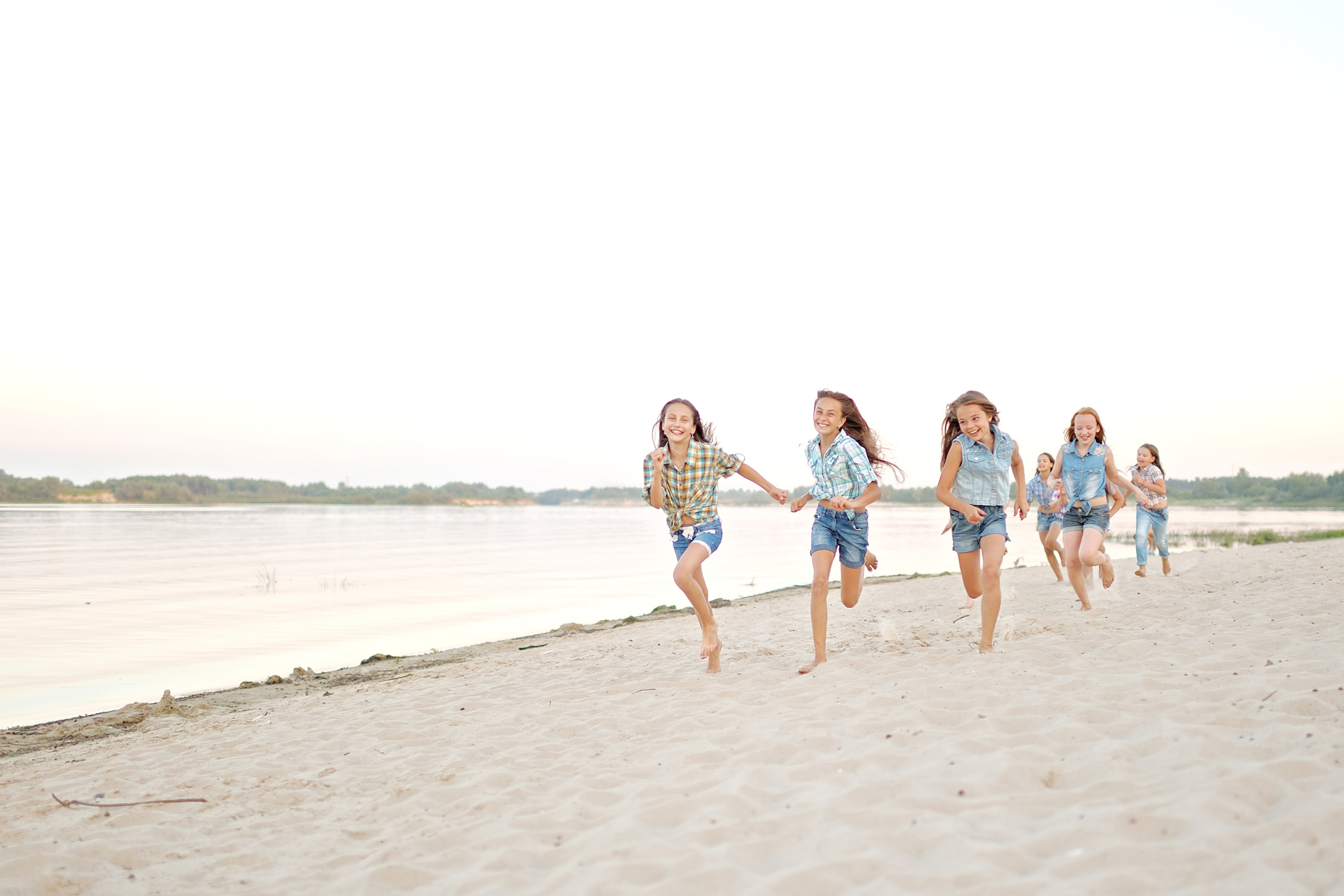 Portrait of joyful beautiful girlfriends on the nature

Mr. Larsen is the CEO of Advanced Resources Marketing, Boston, MA, one of the Nation’s largest distributors of long-term care insurance. Henrik can be contacted directly at hlarsen@armltc.com or 800.269.2622

The long-term care insurance industry, identified by its carriers, has found itself at a cross roads for the past 5 years. Carriers have either left certain parts of the industry… or left the market altogether. Other carriers have re-entered. Those carriers who have remained in the industry have made significant changes to their pricing, product, and program offerings. What else is new?

What is new is that carriers seem to have

However, ask two General Agents one question and you might get three opinions.

This article is written on the background of discussions with about a dozen of my colleagues in the business, and surprisingly we all seem to agree that though the road ahead is daunting, we are headed in the necessary direction of solving America’s long-term care financing problem in a manner viable to all parties: insureds, agents & distributors, and carriers. So, in which direction are we headed? Well, in order to properly appreciate this direction, let’s first take a look at where we are today and how we got here from the perspectives of the target demographics, the distribution, and the product.

Though some carriers have had product dating back to the 1970s, most agree that long-term care insurance started to become generally accepted in the mid-1980s. The product was developed for and intended to be sold to those eligible for Medicare, i.e. those over the age of 64. The thinking was that these people were making significant decisions with respect to how to address rather imminent health care expenses, and long-term care insurance would fit right into this decision making process.

Additionally, this segment of the population was further characterized by: living on a fixed income primarily derived from Social Security and perhaps a [small] pension; assets were defined by equity in the home and savings were commonly held in savings accounts as Certificates of Deposit. As long-term care insurance became more generally accepted, the industry experienced a drop in the average age of the buyer from their early 70s to their high 50s by the early 2000s and that average age has remained relatively consistent since then.

The long-term care insurance buyer of today is characterized as a retirement planner concerned about protecting his or her income. Income has become the driving force in both the buying decision – people tend to buy long-term care insurance when the last child moves away from home or finishes education partially or fully funded by the parents – as well as the aspect of retirement they seek to protect.

Many carriers and distributors tried to market to even younger buyers to expand the potential market, but recent trends have gone in the opposite direction. Specifically, in the early 2000s, much effort was placed and developing products for and market to people in the 30s and 40s but with the past year, the two largest marketers of long-term care insurance, GenWorth & John Hancock, have stopped issuing policies to those under 40. This change is the result of a) trying to reduce the product duration and b) a recognition of insufficient medical information available to properly underwrite these younger applicants.

Out of this approach grew the long-term care insurance specialist. Insurance agents tend to focus on certain areas or products of the industry, but long-term care insurance was subject to agent specialization to a larger degree than any other insurance product. Sub-industries emerged catering solely to these agents offering educational and service products of all kinds. This specialization also resulted in a selling process focused on education, and education, and education. It was not uncommon for agents to follow a three appointment process where the first appointment was designed to last 2 hours or more.

This transition is only natural as more and more of us buy our financial services products at the place of employment or from our financial planner or investment advisor. Those long-term care insurance specialists still in the business were smart enough to team up with other brokers and planners assisting them navigating a still somewhat confusing marketplace and splitting the commissions in the process.

From a General Agent’s perspective, the business has changed too. As late as the early 2000s many General Agents acted merely as the entity through whom agents had to go to access the product. Agents were responsible for their own [mail] lead sources and paired with seminars at senior centers, this was often times sufficient to provide for a comfortable income to the Agent. As the traditional lead sources dried up, the Agents looked to the General Agent for guidance which resulted in that today’s General Agent must be a marketer but also a knowledge and support center to financial planners.

As long-term care insurance has gained acceptance, and become an integrated part of retirement planning, the need for education has somewhat diminished. Even the younger population has a general understanding of the concept, so sales cycles have become more transactional. Lastly, and to almost come full circle, carriers, that back in the 1980s and 1990s used using long-term care insurance as a recruiting tool, took a more hands-off approach during the late 1990s and 2000s as the industry transitioned to brokerage. Of late, these same carriers have started to take a more proactive approach with respect to forging relationships to national financial organization such as wirehouses and having its General Agents’ distribution support it locally and regionally.

Up until the mid-2000s the product that was formalized in the mid-1980s had barely changed. Granted, what started as a facilities-only product – what was initially called Nursing Home insurance – became comprehensive and HIPAA gave us the [formalized] tax-qualified product which included a uniform benefit trigger.

Significant product changes started to emerge in the mid-2000s and were the result of the carriers’ having to “de-risk” the product. Long-term care insurance has been the subject of bad luck, bad timing, and, granted, some poor decision making on the part of the carriers. Agents and the media tend to focus on the latter, but much of the blame can only be placed with the assistance of 20-20 hindsight.

Here are the abridged issues in a nutshell: As the average age of the long-term insurance buyer dropped by some 15 years, and life expectancies continue to increase, what was initially designed as a product with a 10-15 year duration [from purchase to claim] became a 30-40 year duration product. In and of itself not a problem; but with longer durations come higher interest rate sensitivity: a percentage point interest rate difference has little impact on the monthly payment on a 5-year car loan, but it makes an enormous difference on the monthly payment on a 30-year mortgage. And unfortunately, interest rates started to decline. This, in turn, led to higher premiums [and lower carrier profit], which led to fewer [than assumed] lapses, which led to in-force rate increases, etc. etc.

Those remotely familiar with to the industry are all too familiar with all of this. So “de-risking” started with the elimination of many parts of the traditional long-term care insurance policy most importantly: indemnity style coverage, unlimited benefit periods, accelerated payment options, such as 10-pays, and informal caregiver coverage. An additional “de-risking” measure has been the launch of gender pricing by most carriers.

The next step which started in the late 2000s was risk sharing and it has taken two forms: the development and significant sales and distribution of hybrid products, and the creation of products where the insureds share in some of the risk and reward of the carrier’s investment and claims experience. Going forward, we will continue to see increasing sales of hybrid products sold primarily to those who are / were traditional annuity clients since many of these contracts require significant upfront premium commitments. Life insurance contracts with long-term care riders can be funded by lifetime premiums, but the coverage for long-term care is relatively limited. The life insurance hybrid policies will have the greatest appeal and promise in the employer group market place.

As for traditional long-term care insurance, we will continue to see more and more product designs characterized by de-risking and risk sharing. These types of designs are “outside the box” and carriers will need not just continued capital but also actuarial and intellectual talent to compete in the long-term care insurance industry.

The Road Not Taken

Everything has changed in long-term care insurance: The demographics, the distribution, and the product. A lot will undoubtedly still change, but I believe what we have witnessed, in particular in the past 5 years, gives us a much clearer indication of where we are going.

As I previously mentioned, the long-term care insurance has experienced and overcome almost insurmountable challenges paired with horrible timing, but the one constant has been the population’s need for protection against the high costs associated with needing long-term care services.

In order for long-term care insurance to remain a mainstream product there is no doubt that people need to plan earlier and carriers need to create and design products with less risk [for them] and more risk sharing [with their clients]. In other words, the products of years past were simply “too good.” Long-term care insurance will to a larger and larger degree be sold by financial professionals as part of a retirement plan and at the place of employment as part of the employees benefit package. The days of long-term care insurance being a stand-alone isolated product / purchase are almost over.

The need for long-term care will not go away; it will only grow, and that is why carriers are still in it this business. They made a lot of mistakes most of which were unpredictable, but the potential is so immense that if they get it close-to-right, the net revenue will be enormous. Another trend not previously discussed is that part of the de-risking has been a tightening of underwriting and of underwriting processes. I believe that long-term care insurance carriers will continue to rely heavily on underwriting because of the risk of adverse selection and that will necessitate the need for specialists that can assist financial planners and employee benefits brokers in navigating an industry that has become simpler with respect to delivering the message but more complicated when it comes to the staple product solutions.

An almost 180-degree turn around that has been long in the making and took courage on the part of both carriers, Agents and General Agents.

In the words of Robert Frost:

“I shall be telling this with a sigh
Somewhere ages and ages hence:
Two roads diverged in a wood, and I—
I took the one less traveled by,
And that has made all the difference
From the poem “The Road Not Taken”, 1920

One response to “The Road Not Taken â Up Until Now”