Why active management underperformed in 2014 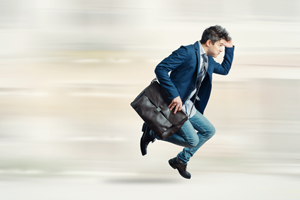 Mr. Hart is Director, Equity and Fixed Income Research Federal Street Advisors, in Boston. Connect with him by e-mail: info@federalstreet.com

The S&P 500 Index returned nearly 14%, posting its fifth double digit return in the last 6 years. However as the year came to a close, many investors found their portfolios lagging these strong index returns. This was particularly true for investors using actively managed strategies. 2014 was one of the worst years on record for active managers.

The passively managed Vanguard 500 Index fund return was in the top quartile of all large cap strategies, beating 80% of all funds tracking that benchmark.1 In the past 20 calendar years, this index has finished in the top quartile only 5 times. The first three times came during a rapidly appreciating market as the dot-com bubble formed, 1995, 1997, and 1998.

And more recently the index did it again in 2011 and 2014. While we think these two periods are certainly different in terms of market conditions, there are lessons of patience to be learned from both, as this strong index performance can be deceiving, not truly reflecting the fundamental factors that drive long term wealth creation. While the strong S&P 500 index return might indicate broad strength in the stock market, when we dissect 2014 in more detail we find a number of market challenges that caused active manager underperformance.

The first comes from the large dispersion of returns between small and large capitalization stocks. U.S. large cap stocks were the strongest performing equity asset class in 2014. In contrast, small cap stocks, as measured by the Russell 2000 Index, returned just 4.9% and spent most of the year in negative territory. Many active managers find mid-cap and small cap stocks to be more fertile stock picking grounds. As companies grow in size and mature, their growth rates typically slow and earnings become more consistent and predictable as the businesses are diversified.

Many active managers add value by taking a view that earnings will be different from consensus Wall Street estimates, which naturally draws them to areas where outcomes are more varied. The average large cap manager held about a 20% weighting to mid-cap and small-cap stocks during the year. This allocation detracted from returns even in the face of good stock selection as these asset classes widely unperformed. A

While the U.S. economy strengthened in 2014, much of the rest of the world faced economic slowdown presenting another challenge to active managers who ventured outside of U.S. domiciled companies.

As globalization continues to take hold, companies are not only expanding operations and supply chains across borders, but are also forced to compete for customers within their respective global industries. Naturally the winners and losers of this global competition will no longer be a function of the company’s country of domicile, and as such many U.S. focused active stock managers have sought to invest in the stocks of companies outside of the U.S.

The dichotomy of the strengthening U.S economy and weakening growth globally pushed the US dollar higher relative to other major currencies in 2014. As a result, the returns of stocks not listed in U.S. dollars suffered considerably. The MSCI EAFE Index which tracks the performance of developed Non-US stocks lost 10.8% of return due to currency translation alone. The S&P 500 is 100% domestic so any exposure active managers had to Non-US stocks detracted from relative returns.

These currency moves are often sharp and driven by investor speculation rather than fundamentals. Interestingly, despite the recent underperformance, the international companies held by active managers may be poised to reap longer term benefits of these currency moves as their exports become cheaper to consumers and provide a boost to their earnings in coming quarters.

At the end of 2013 interest rates were rising, the economy was well into its recovery and the Federal Reserve was widely expected to end its Quantitative Easing program that had been designed to keep interest rates artificially low. Everyone, including fundamental equity managers, was expecting interest rates to go higher.

In December of 2013 the Wall Street Journal surveyed 50 economists for their year-end 2014 forecast of the 10-year Treasury bond yield. All but one economist predicted higher interest rates with the consensus estimate coming in at 3.47%, an increase of more than 15% from the year end rate of 3.0%.2 Despite the predictions of a stronger economy coming true in 2014, interest rates fell significantly finishing the year at just 2.2%. This unexpected fall caused investors in search of income from bonds to move into equities, buying the highest dividend paying stocks regardless of valuation and fundamental outlook.

As a result, the Utilities sector, which offers higher dividend yields, became the strongest performing sector in the S&P 500 returning over 27%. Coming into 2014 active managers were broadly underweight this sector on fundamental concerns that high relative valuations and low growth expectations for the sector posed significantly greater risk than the promise of 3-4% of income. While this underweight detracted from performance of actively managed strategies in 2014 and drove index returns higher, this positioning may prove beneficial over the longer term as valuations do not reflect the underlying risks of the stocks.

The dichotomy of the strengthening U.S economy and weakening growth globally pushed the US dollar higher relative to other major currencies in 2014. As a result, the returns of stocks not listed in U.S. dollars suffered considerably.

As these factors worked against actively managed strategies, and indexes began to outperform over the course of the year, investors flocked to passively managed index strategies.

By the end of 2014 investors had pulled $98 billion from actively managed mutual funds and deposited over $166 billion in passively managed U. S. equity funds and exchange traded funds (ETFs). This phenomenon is typically referred to as “performance chasing,” where investors flock to the best performing investments, often missing out on most of the return.

Performance chasing can not only cause investors to miss out on return of the investment they seek, but also exacerbate mis-pricings in the market. As inflows into passively managed fund accelerate, these funds are required to quickly purchase the same subset of underlying index stocks regardless of price and risk. This can cause the stocks that are represented in the index to appreciate in price relative to non-index stocks.

On the other hand, active managers invest incremental inflows into the next best investment opportunity regardless of index weight, while paying close attention to both price and risk. The price discrepancy can create opportunity for active managers to build portfolios of stocks of higher quality, superior earnings growth expectations, and better valuations, setting the stage for future outperformance.

As mentioned above, periods like 2014, where the indexes are the best performing investments are infrequent and should be addressed with patience and thought. We must be weary of following the crowd. We know how difficult it is to predict the factors that affect market performance in the short term, and experience shows when everyone acts together it is usually a sign of irrationality where market inefficiencies are created.

During the “dot-com” bubble of the late 1990’s there was wide belief that the advent of the internet would fuel growth and innovation rendering the “old economy” lifeless. Investors abandoned attractively valued industrials stocks and purchased technology stocks regardless of valuation or profits. Enthusiasm and inflows into the sector drove prices to extreme valuations and the information technology sector grew from a weight of 15% to 35% of the S&P 500 Index.

At the same time that money was chasing these high valuations and passive investors naturally increased their exposure, fundamental active managers were underweighting the sector and underperforming as a result. High valuations in the market and the understanding that ultimately only the best business models would survive over the long run set these portfolios up to strongly outperform when momentum subsided.

In fact, from the peak of the market to the trough, the information technology sector –lost 80%. In the year 2000, investors who stayed patient with their active managers were rewarded, as the top quartile of actively managed mutual funds outperformed the S&P 500 by over 13%. In contrast, investors who sought to chase the performance of the technology sector missed out on much of its return and suffered through losses in the market reversal.

While 2014 was certainly a different market environment than the late 1990s, the valuable lessons of patience and discipline in keeping a long term outlook remain the same.

Naturally, the active managers we recommend to clients continue to build their portfolios from the bottom up to deliver returns to their investors well beyond one calendar year. We believe many of the factors that drove underperformance of actively managed strategies in 2014; market cap, currency, and sector are unsustainable over the long-term.

While not intended to excuse short term underperformance, we think it is important for investors to understand the impact of these factors when evaluating the performance of their active managers and examine the potential risks that underlie the market indexes. Ultimately it is our job as advisors to help clients build a portfolio of investments that will achieve their long term financial goals while minimizing risk.

Through an extensive and disciplined due diligence process, Federal Street Advisors has had a successful history of identifying active managers who have delivered exceptional results for our clients. And while we are certainly proud of our long term results, we constantly strive to stay objective and unbiased in our analysis of existing and new investment opportunities. ♦