Seeds of Disruption and Innovation 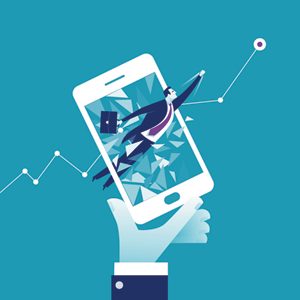 Part I in a four-part series onÂ radical shifts inÂ the stalwart insurance industry, and theÂ evolution of new systems to support its dramatic growth and developments.

It was in 14th century Florence that a sort of epic awakening happened. It was unique in that it was all-pervasive. It wasnât just art that began to thrive. Philosophy, economics, culture and science were undergoing rapid change.

Education, technology and literature were thrown into a cauldron of modernization and the result was the rapid spread of world-shaking disruption and advancements.

Fast-forward to today and the comparison to that time is striking. As we enter a new era of disruption and change underpinned by new technologies, business models and more (see Future Trends: A Seismic Shift Underway), the past offers an opportunity to guide and inform our future. The lessons are deeply applicable and the insights may help us see opportunities from a new perspective.

At Majesco, weâre convinced that insurance is traveling through a new Renaissance, where radical shifts in business, technology and culture are not terribly different than the Renaissance of the 1400s and beyond. Weâve identified dozens of parallels and lessons that can give insurers and technology experts food for thought as they prepare for this journey. Over the coming months, we will be taking a look at the Renaissance unfolding in insurance and reflecting on when the world was shifting from the legacy âdark agesâ to a future of opportunities, possibilities and enlightenment.

As a preview, consider the original Renaissance and these modern parallels to todayâs Renaissance:

In the dark ages, individuals didnât âmatterâ on the level that they did during the Renaissance. Individual thought was cultivated. Education was encouraged.

People gained new freedoms to act and create in ways they hadnât thought of before. Today, technology and connectivity have brought a new level of individualism to insurance. We are moving from mass standardization to hyper-personalization for everything from marketing to product pricing. The individual voice, rather than groups, matters more than ever.

The Renaissance was unique in its communication shifts. Moveable type and printing allowed communication to be more widely disseminated to the larger population.

In todayâs world, communication has grown prolific in its ability to reach nearly everyone, anytime, anywhere and in any way. Transactions are accomplished on mobile devices. Social media has made it so that customer thoughts and decisions are not hampered by distance or hours of operation. The enlightened and prepared insurer has nothing standing between it and its customer. âTradeâ has blossomed in the city of the Internet.

As we enter a new era of disruption and change underpinned by new technologies, business models and more... the past offers an opportunity to guide and inform our future

Art and science in the Renaissance shared a trait â the drive for a âreal view.â Artists approached painting and sculpture from the standpoint of realism, while science began to revisit the idea of research and empirical evidence.

In our era, at least for the last several decades, insurers have also attempted to operate from a standpoint of mathematical certainty â pricing products based on historical data trends. Yet the digital era is bringing with it an entirely new set of real-time data streams and with those, real-time, personalized analysis, pricing and decision-making. Our new perspectives will soon allow us to see into individual lives and habits with striking clarity. (For more on this, see John Johansenâs blog series on Data Symmetry.)

We will enjoy enhanced levels of insight to engage and service customers as never before. And all of this reality will be brought to us with dramatic speed. Insurers who are prepared with the agility to consume and analyze data in real-time, will have the advantage over their competitors to better serve their customers.

The Renaissance didnât just sprout up overnight. It was spurred on by a convergence of factors, the greatest of which was increased wealth. Trading in Florence had produced a new class of financier who was willing to fund artistic and scientific endeavors. Wealth created ease. Ease allowed time for thought and innovation.

Our modern businesses are also the beneficiaries of affluence. Population growth and economic growth have created a culture where even many of the economically disadvantaged have access to digital and mobile technologies. Those technologies provide online access to insurance to protect them against a growing array of risk.

Todayâs Renaissance, however, is moving well beyond the traditional model. Significant capital investment in new insurance greenfield or startup companies is fueling massive innovation in products, services and business models.

For the 130+ startups and private companies in the insurance tech space, CB Insights indicates that over $3.5B in aggregate funding has been raised. Money is the seed and the fuel for the massive innovation taking hold in insurance.

In the coming weeks, we will dig deeper into the details of the Insurance Renaissance. Weâll uncover some of the philosophy behind modernization, while thinking about the practical aspects of improved operations, digital capabilities and customer service.

In every case, weâll be keeping our focus on agility, innovation and speed, so that we wonât just be learning about the Renaissance, but weâll be living out its lessons within our organizations.