The Greatest Fear of Old Age: Who Will Take Care of Me?

No parent wants to be a burden, but findings show most are underprepared 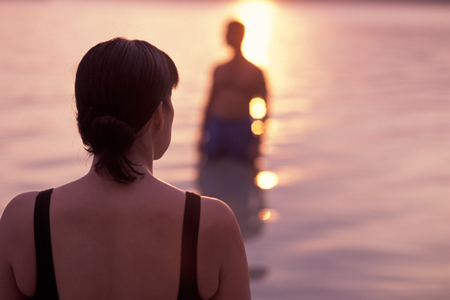 October 28, 2015Â —Â NEW YORK–(BUSINESS WIRE)–UBS Wealth Management Americas (WMA) today released its quarterly UBS Investor Watch report, “Unassisted Living,” revealing that the greatest fear among wealthy investors as they age is being a burden to children (42%), trumping fears of surviving on life support (34%) or living in a nursing home (15%).

Though investors prefer not to seek their children’s assistance, few have discussed their wishes or developed a plan. A mere 39% of investors have talked with children about who will take care of them in old age. Only half (50%) have factored healthcare costs into their overall financial plan, and only 23% have saved for their future care.

These findings are startling in light of recent U.S. Census Bureau data predicting that the population of Americans aged 65 and older will grow to greater than 80 million by 2050, and that the number of people likely to require long-term care is expected to more than double from 12 million today to 27 million over that time span.

“Maintaining self reliance is important to the vast majority of investors,” said Paula Polito, Client Strategy Officer, UBS Wealth Management Americas. “Having a plan in place for long-term care before they actually need it will help them avoid burdening their children.”

Stark generational differences in caring for the aged

Only a third of wealthy investors (36%) say that they plan to turn to family for support or care, with the vast majority (64%) preferring to solicit outside help. This approach to care stands in stark contrast to what had been the traditional model, when children â naturally â would take on responsibility for the care of aging parents. In fact, three quarters (74%) of wealthy investors say their grandparents relied on family for long-term care, and more than half (57%) said their parents did the same.

The majority of wealthy investors (59%) believe caring for aging relatives is more difficult than it had been in the past. There are several reasons they believe this:

When it comes to preferences on where they want to live and who should take care of them, investors prefer to relieve their children of the responsibility. In terms of housing; 89% would like to stay in their current home, while 54% consider assisted living an appealing option. Only 15% consider their child’s home an appealing option, faring slightly better than the appeal of a nursing home (12%). In terms of care; 80% of investors want their spouse to care for them and 67% want a home health aide, while only 27% want a child to care for them.

Covering future healthcare costs is a priority, but not a certainty, for many
Maintaining self reliance is important to the vast majority of investors

In terms of wealthy investorsâ future financial goals, ensuring coverage against health issues and long-term care needs ranks among their top priorities (57% say it is important to them), but fewer than half (48%) say they are confident they will be able to achieve this goal. About half (49%) said they are âhighly concernedâ about rising healthcare costs, making it one of the more distressing macroeconomic issues for them.

âEven for those who have discussed future health and long-term care decisions, there still is a lot that goes unsaid and unasked between parents and their children,â says Sameer Aurora, Head of Client Strategy for UBS Wealth Management Americas. “Itâs a tough conversation, and no one wants to even think about it, let alone talk about it, but itâs important to get everyone on the same page before itâs too late.â

The vast majority of investors are neither planning properly nor seeking out the proper professional opinions â Investor Watch found that 77% have not set funds aside for future medical expenses, and a mere 8% have received advice on managing future healthcare costs. Perhaps because of this, a third of wealthy investors (33%) are worried about medical / long-term care expenses consuming a significant portion of the inheritance they plan to leave children. As expected, those with a plan for long-term care are significantly more confident in their ability to finance care when needed (71% vs. 27% of those without a strategy).

Though Investor Watch found that the overwhelming majority of wealthy investors do not want to be a burden to their families in old age, when they do rely on relatives to fulfill their caregiving needs, 66% say they would rely on a daughter.

About UBS Investor Watch
UBS Wealth Management Americas surveys U.S. investors on a quarterly basis to keep a pulse on their needs, goals and concerns. After identifying several emerging trends in the survey data, UBS decided in 2012 to create the UBS Investor Watch to track, analyze and report the sentiments of affluent and high net worth investors.

Methodology
For this 13th edition of UBS Investor Watch, 1,849 affluent and high-net-worth investors responded to our survey from September 10 â 18, 2015. These investors have at least $1 million in investable assets, including 463 with at least $5 million. With 90 survey respondents, we conducted qualitative follow up interviews.

About UBS Wealth Management Americas
Wealth Management Americas is one of the leading wealth managers in the Americas in terms of financial advisor productivity and invested assets. It provides advice-based solutions and banking services through financial advisors who deliver a fully integrated set of products and services specifically designed to address the needs of ultra high net worth and high net worth individuals and families. It includes the domestic US and Canadian business as well as the international business booked in the US.

About UBS
UBS is committed to providing private, institutional and corporate clients worldwide, as well as retail clients in Switzerland, with superior financial advice and solutions while generating attractive and sustainable returns for shareholders. Its strategy centers on its Wealth Management and Wealth Management Americas businesses and its leading universal bank in Switzerland, complemented by its Global Asset Management business and its Investment Bank. These businesses share three key characteristics: they benefit from a strong competitive position in their targeted markets, are capital-efficient, and offer a superior structural growth and profitability outlook. UBS’s strategy builds on the strengths of all of its businesses and focuses its efforts on areas in which it excels, while seeking to capitalize on the compelling growth prospects in the businesses and regions in which it operates. Capital strength is the foundation of its success.