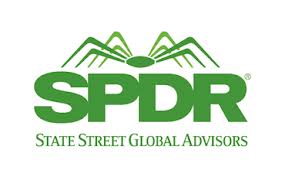 BOSTON–(BUSINESS WIRE)–State Street Global Advisors (SSgA), the asset management business of State Street Corporation (NYSE: STT), today marked the twentieth anniversary of the first exchange traded fund, the SPDR S&P 500 ETF (Symbol: SPY). Launched on January 29, 1993 with just $6.5 million in assets, the SPDR S&P 500 ETF is now the worldâs largest ETF with more than $123 billion in assets under management and the most traded ETF with an average daily trading volume of 144 million shares.

âThe launch of the SPDR S&P 500 ETF in 1993 was a groundbreaking innovation that improved access to the market for investors,â said James Ross, senior managing director and global head of SPDR Exchange Traded Funds at SSgA. âItâs an honor to have been a member of the team that introduced the first ETF. Itâs also tremendously rewarding to see SPY recognized as one of the most investor-friendly innovations of our time and a major catalyst for the growth of the ETF industry, which now includes more than 5,000 funds with nearly $2 trillion in assets globally.â

SSgA is marking this milestone with the release ofÂ SPY: The Idea That Spawned an Industry, which explores the creation and early years of the SPDR S&P 500 ETF through interviews with key participants who conceived, tested and initially struggled to find a market for the first ETF.

âThe creation of SPY started an industry that has provided countless institutional and individual investors with improved access to virtually all areas of the market,â said Greg Ehret, chief operating officer at SSgA. âThe SPDR S&P 500 ETF is a core portfolio holding for a growing number of investors because it remains true to its original goal: to provide investors large and small with liquid, low cost, transparent3Â access to the S&P 500 Index. The way in which various investors construct portfolios is very different today than it was twenty years ago due in part to the SPDR S&P 500 ETF and the industry that was created by its launch. With global ETF asset growth averaging 27 percent per year4, itâs clear ETFs will remain an influential investment product for years to come.â

To download a copy ofÂ SPY: The Idea That Spawned an Industry, key information and current performance regarding the first ETF, visit spdrs.com/firstetf.

State Street manages more than $340 billion in SPDR ETF assets worldwide (as of December 31, 2012)10Â and is one of the largest ETF providers globally.

About SPDR Exchange Traded Funds
SPDR ETFs are a comprehensive family spanning an array of international and domestic asset classes. SPDR ETFs are managed by SSgA Funds Management, Inc., a registered investment adviser and wholly owned subsidiary of State Street Bank and Trust Company. The funds provide professional investors with the flexibility to select investments that are precisely aligned to their investment strategy. Recognized as industry pioneer, State Street created the first US listed ETF in 1993 (SPDR S&P 500Â®Â â Ticker SPY). Since then, weâve sustained our place as an industry innovator through the introduction of many ground-breaking products, including first-to-market launches with gold, international real estate, international fixed income and sector ETFs. For more information, visitÂ www.spdrs.com.