The False Promise of Crowdfunding

With venture capital funds drying up, young tech companies are getting desperate for a new source of cash 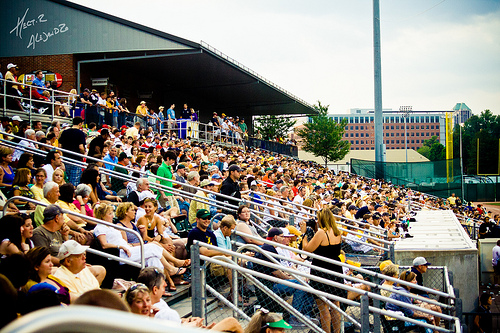 Last week, Donald Trump announced â with characteristic flair â his involvement with a crowdfunding startup named FundAnything. The Donald’s presence would be something of an embarrassment for many companies, but then the tech sector has never been above a little shameless self-promotion. In fact, it’s become something of a virtue in this age of “likes” and “thumbs-ups.” Product releases have evolved into Roman spectacles, featuring rock bands — or, in the case of Samsung’s Galaxy A4, an act on Broadway. One might question the choice of Trump for corporate mascot, or make fun of it… but it’s also refreshing, in a way. Strip away Silicon Valley’s youthfulness, its lingo, and its geeky coolness, and this is basically what you’re left with.

Crowdfunding is, by its purest definition, a way for aspiring entrepreneurs to pitch their ideas to the general public. Projects that would never get the backing of banks or private investors turn to crowdfunding platforms like Kickstarter and Indiegogo, where they can appeal to a more willing audience. The Pebble smartwatch was funded this way, with money from preorders being used to design and build the product. The 2012 JOBS Act was supposed to clear the way for equity crowdfunding â which would allow sponsors to buy an equity stake in a project, or essentially become angel investors â but the SEC is dragging its feet. Too bad, because crowdfunding would be a method of finance perfectly suited to tech startups, for whom “buzz” is frequently the surrogate for a business plan.

This movement to get the crowd involved comes at a time when venture capitalists, the traditional source of financing for tech startups, are making an exit. The industry never truly recovered from the dot-com bust, and the recent wave of cloud startups hasn’t done much to stem the decline. The number of active VC firms continues to fall, and consolidation is the rule. Money is now drying up, as well; investment in tech has been off for three straight quarters, and now sits some 30% below its 2011 peak. Most likely, this is due to the fact that VC firms are finding it harder to cash out. Merger & acquisition activity plummeted in the first quarter of 2013, after a 2012 that was characterized by what IDC described as “fire sales” of distressed startups. Public offerings, on the other hand, have fallen out of favor. This may have less to do with the Facebook debacle than with poor performance by other recent IPOs like Groupon, which is now trading at a quarter of its initial price. Of the handful of tech firms that went public in 1Q 2013 â Xoom, Silver Spring Networks, Model N, and Marin Softwareâ all are trading below their IPO price, and three are down more than 15%. The Nasdaq, meanwhile, is sitting at all-time highs.

Crowdfunding is, by its purest definition, a way for aspiring entrepreneurs to pitch their ideas to the general public. Projects that would never get the backing of banks or private investors turn to crowdfunding platforms like Kickstarter and Indiegogo, where they can appeal to a more willing audience

Even the better performers like Workday and Angie’s List continue to operate with large losses, and VCs can’t be thrilled at the prospect of funding whatever money pits are still in their portfolios as they wait for the M&A and IPO markets to recover. At a TechCrunch conference in New York, several investors took the opportunity to criticize companies currently in the pipeline. Ex-Facebook executive Chamath Palihapitiya claimed that startup quality is at a low point, and Benchmark Capital’s Bill Gurley called the late-stage market “frothy.”

To be sure, venture capitalists aren’t overly worried â measures of confidence remain healthy â and the tech industry remains assured that rising revenues will continue to outweigh growing losses. This is, undoubtedly, just a temporary blip. After all, says one exec, “We are at the beginning of a new ecosystem in the tech industry.” The party’s just getting started.

And it would be hard to argue that investors have completely soured on tech, when for every Groupon, we have a Salesforce.com– a company with nonexistent earnings, trading at an astronomical valuation. In all likelihood, equity crowdfunding will be a great success, in the sense that tech startups will see a new injection of cash. But it will also be a great failure, in that retail investors will be asked to perform a task that VCs are giving up on: to predict the winners in an industry where success is determined by popularity rather than profits, to bet on the outcome of a beauty pageant.

It should be warning enough that, having exhausted traditional means of financing, we’re now turning to rich uncles, Facebook friends, and complete strangers to pick up the tab. This is not typically the sign of a market in its infancy, with years of growth lying ahead of it, but rather of a boom that has matured and reached its middle years. The toupee sits awkwardly; the self-marketing seems practiced. Like it, laugh at it, or leave it. Think twice, though, before buying into it.