The BIG Payday, and Other Myths

The Economics of Cyberattacks 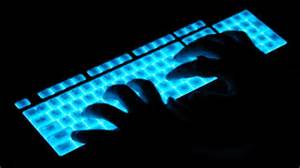 Available as a downloadable report titled “Flipping the Economics of Attacks,” the survey analysis provides insight into topics like the average earnings of a cyberattacker, the amount of time attacks typically take, and how to prevent successful data breaches by increasing the cost of conducting them.

“As computing costs have declined, so too have the costs for cyber adversaries to infiltrate an organization, contributing to the growing volume of threats and data breaches. Understanding the costs, motivations, payouts, and finding ways to flip the cost scenario will be instrumental in reducing the number of breaches we read about almost daily and restoring trust in our digital age.”
– Davis Hake, director of cybersecurity strategy at Palo Alto Networks

“The survey illustrates the importance of threat prevention. By adopting next-generation security technologies and a breach prevention philosophy, organizations can lower the return on investment an adversary can expect from a cyberattack by such a degree that they abandon the attack before it’s completed.”
– Dr. Larry Ponemon, chairman and founder, Ponemon Institute

Make yourself a “hard target” â Adopting a security posture with a breach prevention-first mindset, instead of a detection and incident response approach, can slow down cyberattackers enough for them to abandon the attack in favor of an easier target.

Invest in next-generation capabilities â Legacy point products present little deterrence to attackers. The use of next-generation security capabilities that automate preventive action and don’t rely on signatures alone or static defenses are the best defense against today’s advanced cyberthreats.

Turn your network visibility into actionable intelligence â A prevention-focused security posture relies on natively integrated technologies like next-generation firewalls, network intelligence, and threat information sharing. This provides defenders with a clearer picture of what is happening inside their network, versus a confusing collection of uncorrelated point products.

Conducted by the Ponemon Institute, the survey queried 304 participants in Germany, the United Kingdom and the United States. 79 percent of respondents described themselves as involved with the attacker community.