The Advisory Career: A Field of Dreams 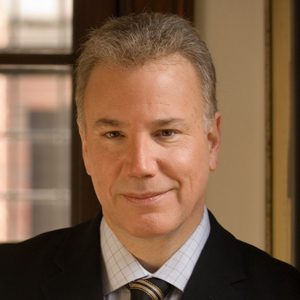 The job of financial advisor has always been part dream-weaver, in addition to accountant, actuaryâ¦ and perhaps numerical alchemist. In a simpler time, advisors painted retirement murals for their clients and provided the tools necessary to bring them to life: insurance, annuities and sound investment in pensions and 401(k)s.

Today, that picture has taken on much darker tones, as a volatile stock market continues to recoil from a financial crisis that spread much like an oil spill, hemorrhaging a sea of debt. Add to this scenario a curious wild-card, the perplexing irony of longevity, and the advisorâs challenge turns from imagining retirement dreams to averting late-in-life nightmares.

To say, then, that the career of financial advisor today travels a more perilous road is no overstatement. Indeed, the advisor career is evolving rapidly, and in real time. Todayâs practitioners engage a prospect pool drawn from a generation unprepared financially to enter confidently into retirement. They must construct for their clients the income streams needed to get safely through a much longer timeline. For many, the mindset for retirement has been altered, belying the growing apprehension of running out of money before running out of breath. What is changing, in fact it is being revolutionized, is not just the methodology for saving, but the very philosophy that informs the process of planning a reliable income stream.

These are the seeds of an idea that found David Macchia, back in 2000, pondering the next direction his career would take. A journeyman financial advisor, his career commenced in 1977, he branched off from product distribution during the 1980s and began a parallel marketing consultancy. These two endeavors eventually led him to conceive Wealth2K, his company that today has a very singular mission: to facilitate an organizationâs success in retirement income planning. The organizations that he targets are varied, ranging from individual financial planners, large broker dealers, banks and credit unions, although he more broadly defines his target as â[anyone] with an agenda to deliver better services to investors who are concerned about retirement income.â

For advisors, this concept represents a departure from the traditional job of accumulating assets for their clients. It has become clear that what their clients now need is a way to construct a viable plan to translate those assets into an income stream. In the process, advisors have had to go back to school and essentially learn, in effect, an entirely new way of conducting their business. This is precisely what Wealth2K is doing for them.

âTodayâs advisors are beginning to understand and respond to a client base whose needs are rapidly and fundamentally changing,â Macchia said. âInvestors are asking different questions, and demanding different answers.â He recognizes in many investors a significant shift in focus, moving from an orientation of getting the highest investment returns to one that favors a smoother and more stable income throughout retirement. This perspective instructs advisors to think differently about how they invest for their clients. Advisors must now consider not just the simple finances of saving and investing, but instead begin considering a much more comprehensive view of their clients. In effect, they must formulate a more wholistic picture of who their clients are, what their assets and liabilities are and how best to put those assets to work.

This process underscores the emerging practice of retirement income planning. While still in its infancy, it has steadily become more codified over the past several years through the efforts of groups such as Bostonâs Retirement Income Industry Association (RIIA), of which Macchia is both a member and a board member. According to Francois Gadenne, RIIAâs chairman and executive director, RIIA was founded in 2006 to âdiscover the new realities of retirement management and retirement income.â

Other professional industry-groups, Gadenne said, have tended to be generally lobbying-focused, and too frequently represented the interests of a much more narrow segment of the industry. RIIA was conceived to provide advisors with a âview across the silos,â a philosophy that looks well beyond product-focused planning strategies, seeking instead to realize that wholistic view of every client. âFor the advisor,â Gadenne said, âthe focus must be household-centric, product agnostic and process driven.â To that end, RIIA has established a correlated professional designation, the Retirement Management Advisor (RMA), which is preparing advisors to do just that.

Thus, Wealth2K is creating new approaches to an old problem, accumulation, taking into account a set of variables that did not exist a generation ago. These are todayâs challenges for the advisor, namely longevity, the steady decline of traditional pension accounts and, for those on the leading edge, individual portfolios ravaged by the market post-2007.Â  Wealth2K, which embraces the curriculum of the RMA, is providing altogether new and innovative tools, including an innovative proprietary software that Macchia believes will better equip the advisor to address todayâs retirement-income planning challenges.

The first challenge, Macchia said, is to create a formal, written income plan, which will delineate for both the investor and the advisor a strategy that they can understand and adhere to as times change and markets go through corrections. âThe written plan grounds people,â he said, âto a concept that they need to remain consistent with.â As for the investment strategies used, he recognizes a departure from the traditional âbucketing of assets,â which relies heavily on annuity-based solutions and are still embraced by some very large companies in the market. While these are still quite viable strategies, Macchia said, they can be limited by a âone size fits allâ mentality.

"...It asks people to do things differently than they have ever done before," Macchia said. âAnd itâs hard.â The advisor, he said, has to start thinking differently about the money, about the clientâs needs and about how he or she presents the value of assets to them...

Macchia explained that the Wealth2K software still might develop a strategy that can be based upon bucketing, however it can also include a floor of lifetime guaranteed income and take into account other sources of income, such as Social Security income and shorter-range types of income. The difference, he believes, is that the strategy has to be wrapped up into one, global and cohesive plan that all parties can understand, supported by an âoutcome-focusedâ retirement income plan.

The sweet-spot for Wealth2K is the constrained investor who has between $200,000 to $1.5 million, with an average of $600,000. These investors, according to Macchia, need to have more predictability and certainty in their investment strategy. Â So, while annuities remain a popular choice in the larger strategy, they are by no means the only choice. Some advisors use laddered CDs, money market accounts, short-term bond funds or structured notes. âThe key is to include a measured amount of predictability and certainty in the strategy,â Macchia said. âItâs as much about empowering the investor with good behaviors as good economics.â

These are the same investors who lived through a 21% prime rate in 1980, a 21% market drop in 1987, a 3% discount rate in 1992 and the sub-prime meltdown in 2007, all the while leveraging debt against bedrock belief that the market will keep going up. It will, of course. It always does, but not without a few corrections along the way. And this last one has left a lot of investors in a precarious pre-retirement dilemma.

âItâs a conundrum,â said Macchia. âThere is little in the way of interest available on safe vehicles, and the inherent risk on those riskier investments is that much greater for those closer to retirement.â What is needed, he said, is a hybrid strategy, one that mixes the appropriate amount of guaranteed results with other at-risk results. For these investors, the guaranteed portion is very important because when they know they have a paycheck coming in every month, it is easier for them to stay invested in those riskier, equity-based strategies. For most investors, Macchia believes, what is needed is a hybrid construct that mixes the appropriate amount of safety and upside growth potential.

Macchia recognizes a gradual change in perspective, as well as a change in approach, for advisors pursuing the career shift into retirement income planning. He saw this as early as 2003, when he realized that it could be dangerous for advisors to assume theyâll be successful doing it. âIt asks people to do things differently than they have aver done before, â he said. âAnd itâs hard.â The advisor, he said, has to start thinking differently about the money, about the clientâs needs and about how he or she presents the value of assets to them.

A platform to create income

Wealth2K offers advisors a proprietary, off-the-shelf software package called Income For Life Model, although Macchia hastens to add that the software is only a piece of the puzzle. It is used within the broader platform that Wealth2K builds for its clients, one that provides them with the capacity to construct a plan to cultivate and harvest assets and to effectively communicate that plan to the client. For example, one of the tools that Wealth2K provides is called Wealth Ladders, which addresses the needs of those investors looking to avoid equity-risk. It provides a way to structure several annuity contracts in a synergistic way, which will provide a floor for retirement income. âWe wonât define anyoneâs definition of success, but weâll facilitate that definition, â Macchia said. âItâs a big ball field out there, and people have their own preferences for how they want to approach their own retirement success.â Thus, it is not so much the products that advisors provide for their clients, he said, but the context that those products have within the overall income strategy.

For todayâs advisor, Macchia sees a zero-sum game. As clients move closer to retirement, they necessarily consolidate much of their investments. This is well known, and perhaps obvious. What may not be so obvious is that they tend to consolidate their financial advisors as well. âAs an advisor today,â Macchia said, âyou live or die with retirement income.â So, you either walk away with the long-term management of the retirement asset, or you walk away with nothing.

This is the essential value-proposition that Macchia, with Wealth2K, extends to his clients. He recognizes that the opportunity for retirement income business is hotly contested, and firms of all sizes have everything to lose or everything to gain, depending upon whether they get it right. Independent advisors are in a great position, because they are knee to knee with the client, and they bring themselves and their personal services to the table. Theyâre at a disadvantage, on the other hand, because they lack the tools and the back office capabilities that the larger firms have. They donât have the marketing muscle, the technology, the web presence, the multi-media tools or the software to compete.

âAt the end of the day, Wealth2K is leveling the playing field,â Macchia said, âto put the independent advisor on par technologically, communications-wise and software-wise with the largest institutions in the United States.â Thus, Wealth2k provides a viable solution to independent advisors trying to compete in a big-store world, while credibly advancing them along the emerging retirement-income career career-path.