Between 2009 and 2019, financial habits and financial security have greatly improved, but optimism hasn’t budged 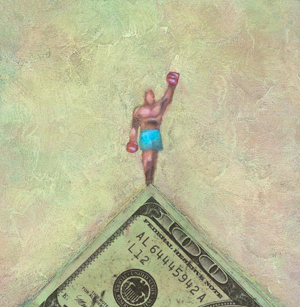 MILWAUKEE, May 17, 2019 /PRNewswire/ — In 2009, Northwestern Mutual commissioned a study among U.S. adults aged 25+ to explore their attitudes and behaviors toward money and financial decision-making, as well as their opinions about broader ideas such as the attainability of the American Dream. The project was ultimately named the “Planning & Progress Study” and has been conducted every year for the last decade.

TheÂ 2019 Planning & Progress StudyÂ was conducted by The Harris Poll on behalf of Northwestern Mutual and included 2,003 American adults aged 18 or older in the general population who participated in an online survey between February 20 and March 5, 2019.Â  Findings shared in this release are based on 1,289 interviews among those ages 35 and older.Â  Results were weighted to Census targets for education, age/gender, race/ethnicity, region and household income.1

To mark the 10-year milestone of the research, the Planning & Progress Study kicks off this year with a look back at the original cohort surveyed â people who were aged 25+ in 2009 and are 35+ today. The findings reveal deep changes in their attitudes toward money and risk.

Despite the stronger financial footing, Americans have gotten substantially more cautious over the last 10 years. Much of that can be pegged back to the financial crisis of 2008 â something that left a deep behavioral mark on people’s lives which extends well beyond finances.

“In many ways, 2009 feels like ancient history, but the imprint that period left is still visible in the data we collected in 2019,” says Emily Holbrook, director of planning at Northwestern Mutual.

When comparing today to how they felt during the financial crisis:

“It’s remarkable when you consider that the people we surveyed today are more financially stable than they were 10 years ago; they’re presumably more advanced in their careers and have witnessed the longest bull run in the history of the stock market. And yet they’ve become more cautious and diligent about their finances,” says Holbrook. “For the most part we see this as change for the better, but we also suspect there’s some financial trauma mixed in, too. It’s important to recognize the behavioral elements of financial decision-makingâthat’s where good planning comes in.”

Despite the prolonged U.S. economic recovery over the last 10 years, American optimism has remained essentially flat since 2009. Among adults age 35 and older, the study found:

“There’s a real mix of optimism and pessimism in these numbers,” says Holbrook. “At the individual level, people continue to believe in themselves, but they’re more cynical about the broader questions such as the direction of the country and the attainability of the American Dream. That’s very similar to what we heard 10 years ago, which is interesting given the uptick in financial stability we’ve seen at both the national and individual levels. It’s very likely connected to the same rise in risk-aversion and caution we’ve seen in other parts of the study.”

The attributes that best fit people’s definition of success continue to favor relationships, health and lifestyle over material, career and wealth. The top six attributes cited in 2019 include:

In 2009, the answers were very similar with only slightly more priority going to work/life balance and slightly less to being financially prepared for the future. The top six attributes were:

There's a real mix of optimism and pessimism in these numbers. At the individual level, people continue to believe in themselves, but they're more cynical about the broader questions such as the direction of the country and the attainability of the American Dream...

Here again, these attributes were cited substantially higher than “Owning the home of your dreams” (No.15), “Earning a high income” (No.16), and “Having nice belongings” (No.19).

This is the first round of findings from the 2019 Planning & Progress Study, an annual research project commissioned by Northwestern Mutual that explores Americans’ attitudes and behaviors toward money, financial decision-making, and broader issues impacting people’s long-term financial security. Future waves will explore topics such as debt, retirement, the middle class, generational differences and more.

1About The 2019 Northwestern Mutual Planning & Progress Study
The 2019 Planning & Progress Study was conducted by The Harris Poll on behalf of Northwestern Mutual and included 2,003 American adults aged 18 or older in the general population who participated in an online survey between February 20 and March 5, 2019. Findings shared in this release are based on 1,289 interviews among those ages 35 and older. Results were weighted to Census targets for education, age/gender, race/ethnicity, region and household income. Propensity score weighting was also used to adjust for respondents’ propensity to be online. No estimates of theoretical sampling error can be calculated; a full methodology is available.

Northwestern Mutual has been helping families and businesses achieve financial security for more than 160 years. Through a distinctive, whole-picture planning approach, we empower our clients to make the most of every single day and plan for important moments in their future. We combine the expertise of our financial professionals with a personalized digital experience to help our clients navigate their financial lives every day. With $272.2 billion in assets, $28.5 billion in revenues, and $1.8 trillion worth of life insurance protection in force, Northwestern Mutual delivers financial security to more than 4.5 million people who rely on us for life, disability income and long-term care insurance, annuities, and brokerage and advisory services. The company manages $128 billion of investments owned by our clients and held or managed through our wealth management and investment services businesses. Northwestern Mutual ranks 104 on the 2018 FORTUNE 500 and is recognized by FORTUNEÂ® as one of the “World’s Most Admired” life insurance companies in 2019.