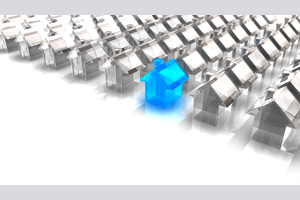 BLOOMINGTON, Ill., July 13, 2017 /PRNewswire/ — As we approach the 10-year anniversary of the housing market crash of 2007 and financial crisis known as the Great Recession, the COUNTRY Financial Security Index looked at Americans’ views on their personal financial recovery.

The study revealed that nearly one-in-three Americans (30 percent) believe they have yet to recover financially or never will, despite signals from the Federal Reserve that the U.S. economy is growing.

For the two-thirds of Americans (64 percent) who believe they have fully recovered financially, it has been a long road. More than half of all Americans (57 percent) report they needed three years or more to fully financially recover, or have yet to recover.

Americans Unsure of How They Will Fare Financially

Americans have also shown uncertainty about the current state of the economy under the new administration. More than four in ten (42 percent) Americans believe the U.S. economy has not fully recovered since the financial crisis, and Americans are split on whether the country is headed towards another recession in a few years (39 percent) or if it will continue to grow (31 percent). Americans are almost equally divided when it comes to the future of their investments under President Trump â 34 percent believe they will do better, 31 percent believe they will fare worse, and 35 percent are not sure or think there will be no difference.

While the 2007 recession was largely precipitated by the housing collapse, when asked which economic factors currently need to be improved in order to feel secure, the top response was the job market (34 percent) more so than the housing market (20 percent).

Regardless of demographic, Americans had similar go-to strategies to get through the recession, with lasting effects of those financial lessons continuing today. Most Americans reported tightening their belts and cutting expenses (35 percent), getting a new job (17 percent) or taking on credit card debt (11 percent) to cope with the effects of the recession. Today, Americans are also showing more prudent financial choices and a cautious attitude towards their money, with only 6 percent saying they have increased their spending in today’s economy, compared to the 89 percent who cut back or kept daily spending levels the same.

“The Great Recession forced many Americans to change their financial practices and keep their spending in check,” said Doyle Williams, an executive vice president at COUNTRY Financial. “Beyond spending habits, we think the economic vulnerability that was uncovered for so many people reinforces the importance and need for people to set aside funds towards their future, which can help them weather future unexpected financial storms.”

About The COUNTRY Financial Security IndexÂ®
Since 2007, the COUNTRY Financial Security Index has measured Americans’ sentiments of their personal financial security. The Index also delves deeper into individual personal finance topics to better inform Americans about the issues impacting their finances. Survey data, videos and analysis are available atâ¯www.countryfinancial.com/newsroom and on Twitter at @helloCOUNTRY.

About COUNTRY FinancialÂ®
The COUNTRY FinancialÂ® group (www.countryfinancial.com) serves about one million households and businesses throughoutâ¯the United States. It offers a wide range of financial products and services from auto, home, business and life insurance to retirement planning services, investment management and annuities.