Ten Important Facts About the Well-Being of American Retirees 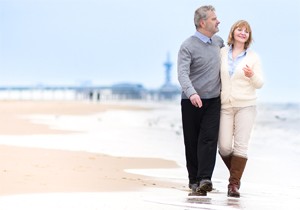 Despite the years that have passed since the financial crisis known as the Great Recession, many retirees are still feeling its aftereffects.

The survey found that only 45 percent of retirees say that they have either fully financially recovered or were not impacted. Thirty-five percent say they have somewhat recovered, eight percent have not yet begun to recover, and 12 percent feel they may never recover from it.

“Many American retirees are still recovering from the Great Recession while managing their households with modest retirement incomes,” said Catherine Collinson, president of Transamerica Center for Retirement Studies. “The good news is that most retirees are enjoying life, but the concerning news is that many may be ill-equipped to deal with a financial shock such as the possible need for long-term care.”

“As a society, we frequently speak of the need for workers to save and prepare for retirement,” said Collinson. “Unfortunately, the conversation often ends once people stop working and retire, which is when it becomes even more critical for them to have a financial plan that can last their lifetimes,.”

The Compendium offers more than 50 indicators of retirees’ health and wealth by age range, including the following 10 facts:

“Today’s retirees are facing formidable challenges in ensuring that they have adequate income to last their lifetimes. As Baby Boomers retire, Social Security and other benefit programs will likely be under even greater strain,” said Collinson. “It’s imperative that policymakers, employers, industry, individuals and families work together to find solutions so that the retirees of today and tomorrow can have a comfortable retirement.”

This Compendium provides new insights and serves as a follow-up to the December 2015 report, The Current State of Retirement: Pre-Retiree Expectations and Retiree Realities, which compares and contrasts the retirement outlook of age 50+ workers with the actual experiences of retirees.

About the Survey
The analysis contained The Current State of Retirement: A Compendium of Findings About American Retirees was prepared internally by the research team at Transamerica Center for Retirement StudiesÂ® (TCRS). The online survey was conducted within the United States by Harris Poll on behalf of TCRS. Potential respondents were targeted based on retirement status and company size. The survey was conducted between July 6 – 24, 2015 among a nationally representative sample of 2,012 U.S. residents, age 50 and older, who consider themselves fully or semi-retired, and who were employed by for-profit companies of 10 or more employees during their working careers. Results were weighted to account for differences between populations that are online versus those who are not, and to ensure that each quota group had a representative sample for their respective population. No estimates of theoretical sampling error can be calculated.