Ten Gen Z Expectations that Forecast the Consumers of the Future

What it will mean to be a ‘full fledged adult’ 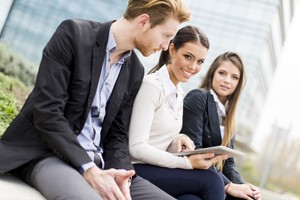 BURLINGTON, Vt., Sept. 23, 2019 /PRNewswire/ — Fuse, LLC, released new research today on 2,000 13-17-year-olds and their expectations of 2030. In the year 2030, the majority of Gen Z will be in their 20’s and 30’s and likely considering family, career, and what it means to be a full-fledged adult. It’s at this point too that their economic power as a consumer group will begin to be fully realized.

Education: More young people are planning on going to college than ever before
While we believe the so-called “crisis” of Higher Education has been exaggerated, there is no doubt that colleges and universities are undergoing dramatic change as young people are prioritizing career outcomes and how to mitigate student debt when choosing a college.

In the most recent year for which statistics are available (2016), the Bureau of Labor Statistics reported that about 69% of students who graduated high school in 2016 were enrolled in college that same year. Compare that to our latest survey that indicates 77% of current high school students intend to enroll in college. That number would drive college enrollment past its all-time high (in 2010) of more 21 million students.

There is more good news for 4-year colleges and universities; in 2016, about half of that enrollment was in 2-year community colleges, but in our study, 60% of today’s students intend to go to a 4-year school (with only about 18% saying they are planning on a community college).

Careers: Young people will fill the jobs in some growing industries, but leave others lacking qualified candidates. The data we collected around the anticipated careers of current high school students is complex, particularly when compared to the current US workforce. Three industries stood out:

The raw numbers are not substantially different than today’s actual income levels. In other words, Gen Z expects their future economic circumstances to be similar to their current household income.

Social Issues: Teens show a unified voice around a singular issue in 2030. Understanding the social issues that are most important to teens provides insight into today’s youth culture and indicates areas for brands to focus their cause marketing. In our social activism study about a year ago, 68% of teens said companies had an obligation to solve social issues.

In 2018, ranked in order, the top 5 key social concerns of teens were education, jobs and unemployment, prejudice and racism, the environment, and terrorism. Because our study this month focused on expectations about 2030, and not their concerns today, we anticipated a few differences. Ranked in order, teens believe that the main social issues in 2030 will be:

Immigration makes its first appearance on this list, while education drops off for the first time. But the biggest surprise might be climate change â with teens more unified and galvanized around a single issue than ever before.

Tech: Wearable tech seems poised to break through to young consumers
From laptops to gaming consoles, tech is a central part of nearly every aspect of Gen Z’s lives. When it comes to tech teens “use every day,” smartphones are the dominant device with nearly 95% saying they have a smartphone or access to one. What tech does Gen Z think they will be using every day ten years from now?

Nearly 90% say that the smartphone will still be the most important daily-use device. But one-third of teens say that wearable tech will be critical to them by 2030. This is a bit of a surprise, because despite the mass media buzz about wearables, teens have been slow to adopt it. Last year only 2% said wearable tech was their favorite kind of technology. Our study supports the findings in aâ¯new report â¯published by GlobalData last month, that says the wearable tech market will increase at a rate of 19% in the coming years.

Young people expect to be using the following technology every day by 2030:

About Fuse
Fuse is a marketing agency founded in 1995 that creates authentic brand engagement for teens and young adults, providing its clients brand strategy, experiential, digital, and creative services. For more about Fuse, check out ourâ¯websiteâ¯or find us onâ¯LinkedIn,â¯Twitter, orâ¯Instagram.

Please contact us for more information about this survey or Gen Z.