If security is the Holy Gail, can this start up find the promised land? 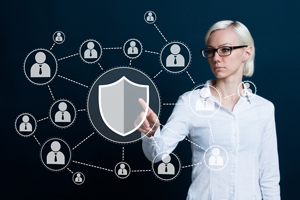 LONDON, July 10, 2017 /PRNewswire/ — Make no mistake: Your data is under attack and hacker extortionists are getting rich-but this is a war with opportunities on both sides, and for the warriors fighting cybercrime, it’s a $200-billion-plus opportunity with endless market potential.

When your email can be hacked by a 12-year-old, and giant Internet of Things (IoT) companies like Yahoo!, Google and Facebook can’t keep you safe, the e-mail of the future promises to halt data theft in its tracks.

And one little-known company is doing just that.

California-based Identillect Technologies Corp. (ID; IDTLF) is storming the data security space with a historical first: an email encryption solution that is cheap and easy to use-for everyone.

In fact, it’s a brilliant 2-minute email install solution that has the potential to win the lion’s share of the profits in an industry where security is now the Holy Grail.

Identillect is ready to storm this war zone with the first solution that fights back against hackers with the push of a button, and their solution can be used as a plugin on Gmail, Outlook, Office 365, Hotmail, and on mobile-optimized web portals.

With Identillect now approaching 40,000 subscribers and enjoying amazing 70 percent margins, low churn and phenomenal subscriber growth, this 10-cents-a-share company could be the fastest path to outsized gains for first-in investors.

Here are 6 reasons why you should keep an eye on Identillect Technologies Corp. (ID; IDTLF):

Not only can your email be hacked by a pre-teen, but giant companies are paying out massive money to hackers directly or indirectly.

Corporate panic now rules the day, and it’s all about cyber security. Eager investors pumped $3.5 billion into 400-plus cybersecurity startups in 2016 alone. This market is expected to reach $170 billion by 2020, according to the Steven Morgan Cybersecurity Industry Outlook. That’s a 4,750 percent increase.

Securing email is a big part of that, and the first to crack it will see their stocks rise exponentially.

Identillect Technologies Corp. (ID; IDTLF) offers Delivery Trust, a plugin that works unlike any standard email encryption tool out there.

Until now, no one outside of spies has been encrypting their email. Why? It’s complicated and cumbersome-and expensive. You just hit send or submit and hope for the best, crossing your fingers that your social security number or credit card information isn’t going to end up in the wrong person’s hands.

Encryption hasn’t been a very attractive option. It usually requires you to download software to do it, and then you hit problems on the other end: The recipient also has to have the software in order to decrypt, otherwise there’s no point. Additionally, you have to be a member of a specific system to which you are locked into, and it costs a lot to switch vendors once you sign up.

Given the number of emails the average person goes through a day, this is a cumbersome process, even when it is possible.

So this is where encryption becomes easy: There’s no lock-in with Identillect’s Delivery Trust: You can access your email in three seconds flat.

Your emails are secured instantly with the click of a button ensuring 100 percent safety while in transit.

It’s a completely unobtrusive system: your email recipients can open and respond to your emails securely without having to register, purchase or download anything.

It comes with many more security features, including the phenomenal ability to retract an email that was erroneously sent, without a trace, even if the email has been opened, and even if it happened two years ago.
The plug-in is built around a patented technology that fully complies with all National and International data handling regulations. And it’s a white-label business model. That means it works equally well in Outlook Plugin, O365, Outlook.com, Hotmail.com, and Gmail Plugin. It’s also available as a mobile app that works on iPhone, Android, Windows and other mobile operating systems.

Not only is Identillect’s email of the future elegantly simple-it’s also an amazingly low-cost solution to a high-cost problem. Nothing speaks to market share like that.

Identillect Corp. has been enjoying explosive subscriber growth–the company’s customer base has increased 880 percent since commercialization in April 2015. That’s a nearly nine-fold increase in little over two years.

The company is firmly on the path to profitability, and expects to hit breakeven point once its subscriber base reaches 35,000 sometime during the fourth quarter of 2017.

The company has been able to achieve this phenomenal growth by creating a vast network of resellers across the globe.

The beauty of it all is that the company operates a highly lucrative SaaS (Software-as-a-Service) recurring revenue model, meaning its revenue and profits grow in tandem with its customer base.

Churn has consistently remained below 5 percent, a clear sign that customers are happy with the product.

Overall profit margins are now approaching 70 percent, which demonstrates the company’s pricing power and leadership in its niche category.

Cyber insurance-one of the most lucrative business out there today-is no longer a luxury. It’s federally mandated.

Bloomberg estimates that the cost of a single breach now exceeds $7 million.

And if you don’t have protection, not only will the hackers get you-the governments fines will, too. Companies in Europe risk being fined as much as 4 percent of total annual revenue for breaches. But the U.S., Canada and Asia are not far behind this. In the U.S., 47 states have already enacted laws that require companies to notify the authorities in the event of any data breaches. Federal laws are expected to be passed during the current year.

The company that produces the email of the future will be the one with the best cryptographers. Even better, cryptographers with industry experience.

More than any other industry, cyber security isn’t going to take off without massive and very specific expertise.

There are only 250 Ph.D cryptographers in all of North America, and two of them are on the staff of Indentillect. That means that the company is one of the few lucky cybersecurity companies to get their hands on the best cryptographers.

Identillect CTO Einar Mykletun is one of them. He holds a Ph.D. in computer science with a focus on applied cryptography. He is the company’s security expert specializing in risk analysis and cryptographic solutions.

Company Chairman Jeff Durno has served as Director in several TSX-V-listed tech companies while CEO Todd Sexton is a data security and regulatory compliance expert who played a central role in the development of the company’s flagship product, Delivery Trust.

6) The Most Critical Moment of the Digital Age

Never has privacy been a more critical issue. Nothing is sacred. Nothing is safe from prying eyes and theft. The digital age is a boon for thievery, and it’s about to get worse.

Congress recently handed Donald Trump critical legislation that paves the way to repeal and replace the privacy protection laws that have protected Internet users for a long time.

Internet providers such as Comcast, AT&T and Verizon will now have carte blanche to collect your web browsing and app usage data and sell it to third-parties if they wish so.

And it underscores why the necessity of vigorously safeguarding our private data more than ever before.

Companies everywhere have started scrambling for the best-possible email security tools as the new laws come into force. But this is a crowded space right now, and only the best companies with the best products will survive. That means actual cryptographers who can come up with a solution that is fast, easy to use and affordable.

Identillect Corp. is currently on an exponential growth phase. Its subscriber base continues expanding quickly. As the company continues to expand its footprint, it’s beginning to target bigger customers which mean even more growth ahead.

This is a fast-moving market that isn’t going to wait for anyone. Just two years ago the penetration of email security products in the market was a mere 2.5 percent–now its approaching 10 percent and the sky is the limit in this hyper-growth sector.

You can expect the company to increasingly forge partnerships with the big boys in the space as it works to deliver the best possible products for its customers all over the globe.

But in the meantime, this company remains attractively undervalued, even though it’s a ripe takeover target right in the middle of a cybersecurity explosion.

PureFunds ISE CyberSecurity ETF (NYSE: HACK): Hack was created to provide the market with a transparent vehicle to invest in the increasingly important Cyber Security industry. An increased spending and demand for cyber security solutions will benefit the always morphing Cyber Security Industry and with it this ETF.

Raytheon Company (NYSE: RTN): Raytheon Company is an emerging tech company specializing in defense and other government markets. Raytheon’s major selling point is its strong command of cybersecurity. While its specialty is in government-centric markets, Raytheon also develops products, services, and solutions in various other markets.

Rapid7 Inc (NASDAQ: RPD): Rapid7, Inc is a huge player in security and information technologies. The company’s special, analytics-driven approach to cybersecurity and IT operations give it an incredible advantage over its competitors. The company’s in depth knowledge of the threats facing businesses’ physical, virtual, and cloud based assets allow for high quality service which puts Rapid7, Inc ahead in the field.

Secureworks Corp (NASDAQ: SCWX): Secureworks Corp is a company specializing in intelligence-driven information security solutions. Clients are protected from cyber-attacks including hacking, ransomware, and the like. The company’s solutions enable its clients to strengthen their defenses in order to prevent security breaches and detect malicious activity in real time. Secureworks Corp is definitely a great pick for those looking to invest in cybersecurity.

Pure Storage Inc (NYSE: PSTG): Data platforms are also a key asset in protecting companies against cyber-attacks. Pure Storage, Inc is a data platform focused on delivering fast, optimized and cloud-capable solutions for its customers while keeping data security as a top priority. This is another company about which investors can be optimistic.