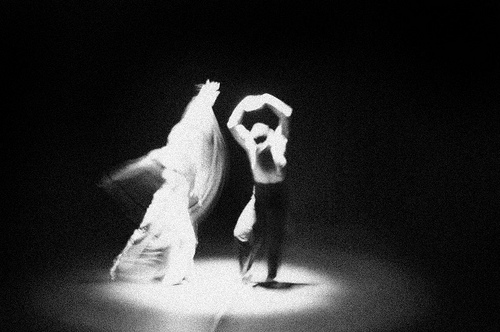 Could the government title a law for aÂ previousÂ year, enact it on the second day of theÂ followingÂ year, and make it effective as of the dayÂ before?Â  Yes, it could and it did.

For proof, look no further than the American Taxpayer Relief Act (ATRA) of 2012. ATRA was signed into law on January 2, 2013, but became effective the preceding day. It made both temporary and permanent changes to federal tax law. Its passage helped avoid the âfiscal cliffâ set to occur if sunset provisions had automatically ended particular tax rules put in place in 2002. Meanwhile, several additional new taxes also became effective on January 1, 2013.

Under ATRA, income tax rates for 2013 will continue at 2012 rates for most taxpayers.Â  The top personal income tax rate rises to 39.6% for single taxpayers with income over $400,000 and married joint filers with income over $450,000. The long-term capital gain and dividend tax rates for these higher income taxpayers rises to 20% in 2013. At the same time, this high-income taxpayer group will see a phase-out of itemized deductions and personal exemptions on income for singles over $250,000 and married joint-filers over $300,000.

The estate, gift and generation-skipping transfer tax rates are unified at 40%. The exemption for these taxes is $5,250,000, indexed for inflation. For gifts and estates over the exemption amount ATRA creates a flat tax of 40%. Portability of the exemption between spouses is permanent.

ATRA expanded in-plan Roth conversion rules for 2013 and beyond. Participants in 401(k), 403(b) and 457 retirement plans offering a Roth account can convert any non-Roth amount to a Roth account within the plan, regardless of whether such amount is otherwise distributable from the retirement plan. The new rule does not provide for transfers to a Roth IRA. As under prior law, amounts converted are subject to taxation as ordinary income, and such conversions are not subject to mandatory withholding or a 10% early withdrawal penalty.

Certain tax measures enacted in 2009 and intended to benefit lower income taxpayers have been extended for five years. Some popular individual and business tax deductions have been extended for 2012 and 2013, including deductions for expenses of certain teachers, state and local sales taxes and mortgage debt relief. Tax-free direct distributions of up to $100,000 from an IRA to a charity made by individuals age 70Â½ or over are extended for 2012 and 2013. These amounts qualify as a required minimum distribution.

Automatic federal spending cuts scheduled to take place on January 1, 2013, are delayed until March 1, 2013. Congress must act before this date to determine details of such spending cuts and whether to raise the federal debt ceiling.

The payroll tax reduction expired on December 31, 2012. Employees will receive a paycheck reflecting the increase in their personal contribution from 4.2% to 6.2, ending the 2% reduction of the employeeâs share of the Social Security tax.

A new 0.9% Medicare surtax on earned income became effective January 1, 2013. This tax increase was passed in 2010 as part of health care reform. The Medicare surtax applies to wages and self-employment income for single and head of household filers on income over $200,000; to income over $250,000 for married taxpayers filing jointly; and, on income over $125,000 for married taxpayers filing individually. For earnings over these threshold amounts, the Medicare tax rate will be 3.8%; the existing 2.9% rate, plus an additional .09%.

The 3.8% Medicare surtax on net investment income is a separate tax enacted as a part of health care reform that begins in 2013. This tax is applied to unearned income of single filers and heads of household with modified adjusted gross income over $200,000; to married couples filing jointly with modified adjusted gross income (MAGI) over $250,000; and, to MAGI over $125,000 for married taxpayers who file individually. This surtax is applied to the lesser of a taxpayerâs net investment income, or the excess of their MAGI reduced by the appropriate threshold amount above.

Tax Considerations Come to the Fore

More tax law changes are in store for 2013. As tax rates rise and net spendable income is decreased, the advantages of tax-deferral and tax diversification available through annuities become even more desirable for those planning for and in retirement.

Important information. Please read.
This material is not intended to be used, nor can it be used by any taxpayer, for the purpose of avoiding U.S. federal, state or local tax penalties. This material is written to support the promotion or marketing of the transaction(s) addressed by this material. This material is provided for informational purposes only. It is not intended to be, and should not be construed as, legal or tax advice. Neither Western & Southern Financial Group nor its affiliates provide legal or tax advice. Laws of a specific state or laws relevant to a particular situation may affect the applicability, accuracy or completeness of this information. Federal and state laws and regulations are complex and subject to change. Consult an attorney or tax advisor regarding your specific legal or tax situation.

Â© 2013 Western & Southern Financial Group, Cincinnati, OH. All rights reserved. Permission to quote or cite from this material is granted upon request. For permission, and for more insights on this topic, please contact us.

DownloadÂ a PDF of this report