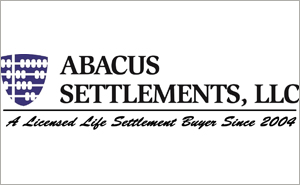 ORLANDO, Fla., Jan. 3, 2018 /PRNewswire/ —Â Many Financial Professionals are aware that the recently passed tax reform bill doubled the current exclusion of $5.49 million for a single person and $11 million for a couple.

“For years, high net worth estates utilized life insurance as a method for paying their estate tax. In many cases, these insureds are seniors over age 65,” says Shane McGonnell, VP at Abacus Settlements. “Usually, the coverage involves very large policies with six figure premiums. As a result of increased exclusions, policy owners and their advisors may look to the life settlement industry as an alternative to surrendering or canceling their policies.”

Adding further interest to the life settlement option is that the tax reform bill simplifies the tax reporting by allowing the same tax treatment to people selling their policies as those who are surrendering them. The new rule allows the policy seller to use their full premiums paid as their cost basis which reverses the unfavorable Revenue ruling 2009-13 that required sellers to remove the cost of insurance (COI) from the premiums when calculating cost basis for the life settlement transaction.

“One of the many complaints with the 2009-13 tax ruling was usually the source for determining COI’s was the life insurance carrier,” says Shane. In most cases, the carrier refused to provide that information making it impossible to calculate the cost basis. Another flaw in the 2009-13 tax ruling was that the settlement could actually calculate less than the surrender value making life settlement option unavailable to many seniors.

In either case, a Policy Appraisal will help determine the value of these policies. “Even before the tax reform passed, we received dozens of calls to re-visit cases that did not sell earlier in the year due to the old revenue ruling,” stated Shane. In summary, the change in the tax code will simplify the tax computation of a policy sale and perhaps encourage more policyholders to explore a life settlement.