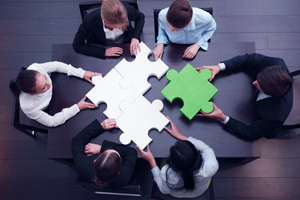 The 2017 Tax Cuts and Job Act that recently passed was based on tax reform advocated by congressional Republicans and the Trump administration. Major elements include reducing the tax rates for businesses and individuals and simplifying personal taxes by increasing the standard deduction and family tax credits.

Other elements of the Tax Reform revised the amount of deductions for state and local income taxes (SALT) and property taxes, limiting the mortgage interest deduction, reduced the alternative minimum tax for individuals and eliminating it for corporations; in addition to many other deductions and tax credits impacting everything from healthcare to education.
What may not be well known, or even promoted, is the benefit that the Life Settlement industry will have as a result of the Tax Reform bill.

Many Financial Professionals are aware that the recently passed tax reform bill doubled the current exclusion of $5.49 million for a single person and $11 million for a couple. For years, high net worth estates utilized life insurance as a method for paying their estate tax. In many cases, these insureds are seniors over age 65. Usually, the coverage involves very large policies with six figure premiums. As a result of increased exclusions, policy owners and their advisors may look to the life settlement industry as an alternative to surrendering or canceling their policies.

Adding further interest to the life settlement option is that the tax reform bill simplifies the tax reporting by allowing the same tax treatment to people selling their policies as those who are surrendering them. The new rule allows the policy seller to use their full premiums paid as their cost basis which reverses the unfavorable Revenue ruling 2009-13 that required sellers to remove the cost of insurance (COI) from the premiums when calculating cost basis for the life settlement transaction.

One of the many complaints with the 2009-13 tax ruling was usually the source for determining COIâs was the life insurance carrier. In most cases, the carrier refused to provide that information making it impossible to calculate the cost basis. Another flaw in the 2009-13 tax ruling was that the settlement could actually calculate less than the surrender value making life settlement option unavailable to many seniors. The change in the tax code will simplify the tax computation of a policy sale and perhaps encourage more policyholders to investigate a life settlement. It will certainly make the transaction more profitable for those that do.

Another interesting component is that the effective date of the amendment was listed in the new bill for âtransactions entered into after August 25, 2009,â which corresponds to the date of IRS Ruling 2009-13. Does this mean that those who sold policies in the past may be eligible for a tax rebate? That part is not unknown.

It is unclear how policyholders and their Financial Professionals will react to these changes. One thing is certain, as baby boomers enter their twilight years, they will rely more and more for professional guidance. According to the US Census, 40.3 million Americans will be age 65 and older. In 2040, it is projected that there will be 79.7 million Americans over the age of 65, the age when a Life Settlement may be an appropriate estate planning tool. In fact, Conning & Co. forecast an average annual gross market potential for life settlements of $180 billion from 2014-2023, with an average volume of approximately $3 billion per year in life settlement transactions.

In either case, a Policy Appraisal will help determine the value of these policies. Even before the tax reform passed, we received dozens of calls to re-visit cases that did not sell earlier in the year due to the old revenue ruling. If we are able to obtain a current in-force illustration and have an overview the insuredâs health history, we can provide Policy Appraisal in a matter of hours.

A recent case example involving a reasonably large estate plan on an 82-year-old male directly benefits from previous tax reform initiatives. The trust was actively maintaining a $2,500,000 estate policy in order protect their wealth from the inevitable estate tax. Rather than continue to pay premiums that were eating away at the value of the policy to the trust, they pursued a life settlement, resulting in an offer of 1,200,000 to the client, and an immediate return on their policy, removing the premium burden entirely.

The new tax reform bill expands the box on cases that would be profitable in the life settlement industry two-fold. Any trusts that hold 5.5 million life insurance policies on individuals or 11 million in coverage on couples can now pursue settlements without risking future capital. With the risk to future wealth being shifted exclusively to policies that are greater than 5.5 million, there is very little risk in liquidating the asset to something that is immediately profitable. Additionally, the drain that continued premiums constitutes on a trust is significant, especially as trustees age and premiums balloon. Prior to the changes being introduced in the new tax bill paying premiums was considered a necessary evil to maintain future wealth, now they are undue drain on the trust.

There is virtually no risk involved in a trust or advisor getting a life settlement case priced. As previously mentioned, we are able to appraise a policy in a matter of hours, typically supplying pricing within the business day; occasionally even before the initial phone call is complete.

An in-force illustration and a general health overview is all that is needed. Life settlement providers that offer turnkey solutions are incredibly estate plan friendly. Rather than outsourcing underwriting, valuation, and the purchase of a policy; which can take weeks or months, it is all done under one roof. This results in no lock-ups or overly burdensome red tape that create a generally negative environment when pricing a clientâs policy.

Whether you have pursued a settlement on behalf of a client in the past, or the recent tax reforms have expanded your interest in the secondary market; there is no drawback in reaching out for a policy valuation. â