What Americans think about what they're paying 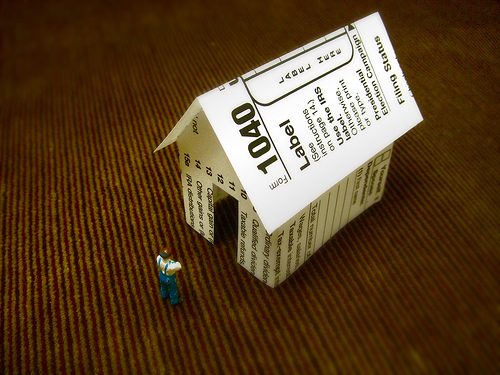 Reprinted with permission from Wallethub.com

Tax policyâwho pays what and howâis a hot-button issue. Politicians from both parties cry out for reform yet there is little consensus about what needs to be done. And while politicians and pundits argue, everyday Americans are struggling to navigate an increasingly complex tax code.

With tax season behind us and the 2014 midterm elections ahead of us, we thought now would be a good time to find out what exactly Americans think of our current tax system and how it could be improved.

To investigate attitudes towards taxation, WalletHub.com conducted an original online survey of 1,086 Americans. The sample was designed to be nationally representative of all Americans by age, race and gender.

We first asked respondents how complex they would rate the current U.S. tax code:

One thing that makes our current system so complex is the number of deductions in the tax code. So we asked respondents whether they thought the fairest possible tax code would have more, less or the same amount of deductions, relative to the current U.S. tax code.

Americans view taxes on wages and gasoline as least fair; taxes on alcohol and tobacco seen as most fair

Our current federal tax system has a âprogressiveâ structure, where higher incomes face higher tax rates. Politicians routinely debate how our income tax should be structured: Should everyone pay the same tax rate? How much more should the rich pay relative to the middle class? Should the poor pay any income tax?

To determine what Americans think would be the most fair income tax system, we presented respondents with the following four charts of income tax rates by income and asked them to pick which one they felt was fairest:

Graduated income tax rates arenât the only way to make the tax code fairer. Respondents also reported that they believe corporations should face a higher tax rate than consumers:

Descriptively, we see some evidence in the data that higher income households are less likely than lower income households to support higher rates for corporations.
Yet again we see striking differences between men and women, with women significantly more likely than men to believe that higher taxes on corporations is the fairest option: 73% for women versus 55% for men. In a multivariate regression model, net of age, region, education, race and income, women have 228% higher odds than men of supporting a higher tax on corporations than consumers.

Not all taxes are viewed as equally fair. So we asked respondents to rate different taxes based on fairness using a 1 to 5 scale, with 1 being âvery fairâ and 5 being ânot fair at all.â The chart below shows the percent of respondents who considered each type of tax to be anywhere from âvery fairâ to âokâ (1-3 on the scale).

Fairness vs. Equality vs. the Economy

Tax systems can affect economic growth by influencing the actions of a range of economic actors from corporations to investors to workers. Some suggest, for example, that increasing tax rates on income from investments or on corporate profits will have a negative impact on the economy. But we wanted to know what Americans thought was most important: tax equality, tax fairness, or whatever is best for the economy.

Read the complete survey, with charts and commentary, here.