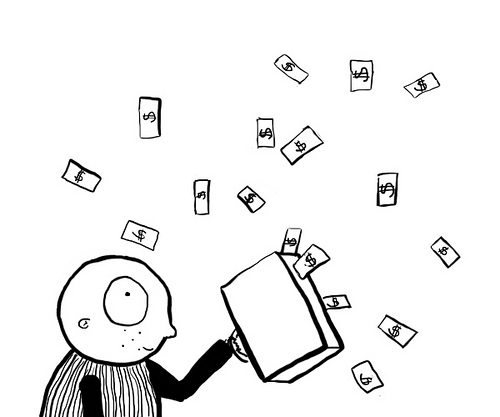 My first car wasnât anything special, other than it was my first car. It was an older model Ford, ran reasonably well, with one small problemâ it went through oil almost as quickly as it did gasoline. At first I attributed that to being a function of the carâs age, but as the leakage grew, I eventually dealt with it by keeping a couple of quarts of oil in the trunk âjust in case.â Eventually, I took the car to a dealershipâbut by the time they finished estimating the cost of a head gasket repair, letâs just say that, even on my limited budget, I could buy a LOT of oil by the quart, over a long period of time, and still be ahead financially.

âLeakageââthe withdrawal of retirement savings via loan or distribution prior to retirementâ is a matter of ongoing discussion among employers, regulators, and policy makers alike. In fact, EBRI Research Director Jack VanDerhei was recently asked to present findings on âThe Impact of Leakages on 401(k) Accumulations at Retirement Ageâ to the ERISA Advisory Council in Washington.[1]

EBRIâs analysis considered the impact on young employees with more than 30 years of 401(k) eligibility by age 65 if cashouts at job turnover, hardship withdrawals (and the accompanying six-month suspension of contributions) and plan loan defaults were substantially reduced or eliminated. The analysis assumed automatic enrollment and (as explicitly noted) no behavioral response on the part of participants or plan sponsors if that access to plan balances was eliminated.

The EBRI analysis also looked at the impact of the various types of âleakageâ individually. Of loan defaults, hardships, and cashouts at job change, cashouts at job change were found to have a much more serious impact on 401(k) accumulation than either plan loan defaults or hardship withdrawals (even with the impact of a six-month suspension of contributions included). The leakages from cashouts resulted in a decrease in the probability of reaching an 80 percent real replacement rate of 5.9 percentage points for the lowest-income quartile and 4.5 percentage points for those in the highest-income quartile. That effect from cashoutsânot loans or hardship withdrawalsâturns out to be approximately two-thirds of the leakage impact.

However, and as the testimony makes clear, itâs one thing to quantify the impact of not allowing early access to these fundsâand something else altogether to assume that participants and plan sponsors would not respond in any way to those changes, perhaps by reducing contributions,[2] potentially offsetting some or all of the prospective gains from restricting access to those funds.
Because ultimately, whether youâre dealing with an old car or your retirement savings account, what matters isnât how much âleaksâ outâitâs how much you put in, and how much you have to ârunâ on.

[2] An EBRI/ICI analysis published in the October 2001 EBRI Issue Brief found that, â[o]n average, a participant in a plan offering loans appeared to contribute 0.6 percentage point more of his or her salary to the plan than a participant in a plan with no loan provision.â Testimony provided to the ERISA Advisory Council testimony notes that itâs likely that a similar relationship exists with respect to the availability of hardship withdrawals. See âContribution Behavior of 401(k) Plan Participants,â online here.