US retirement system ranked 5th out of 70 countries 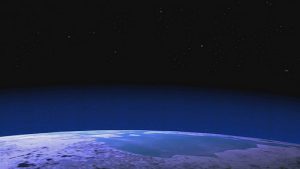 The indicator is defined by the following methodology: It starts the analysis with the demographic and fiscal prerequisites and then continues to examine pension systems along their two decisive dimensions: sustainability and adequacy. Hence, it is based on three pillars and takes 30 parameters into account, which are rated on a scale of 1 to 7, with 1 being the best grade. By adding up all weighted subtotals, the API assigns each of the analyzed 70 countries a grade between 1 and 7, thus providing a comprehensive view of the respective pension system.

The dramatic shift in demographics is best characterized by the increase in the global old-age dependency ratio: until 2050, it will grow by a whopping 77% to 25%, i.e., faster than in the last 70 years since 1950. In many emerging economies the ratio is going to more than double within the next three decades, that is, in less than half of the time this development took in Europe and Northern America.

The most prominent example is China where the ratio is going to increase from 17% to 44%. For industrialized countries, however, the absolute level of this ratio is the main reason for concern, reaching, for example, 51% in Western Europe.

âDemographics and pensions have been eclipsed by other policies in recent years, first and foremost climate change and today the fight against Covid-19â, said Ludovic Subran chief economist of Allianz. âBut you ignore demographics at your own peril, demographic change will soon be back with a vengeance. Defusing the looming pension crisis and preserving generational justness and equality are key for building inclusive and resilient societies.â

This development is reflected in the first pillar of the API, called the starting points, which combines demographic change and the public financial situation (financial leeway). Not surprisingly, many emerging countries in Africa or Asia score rather well as the population is still young and public deficits and debts are rather low. On the other hand, many European countries such as Italy or Portugal are among the worst performers: old populations meet high debts.

âFor most industrialized countries, the old Scottish joke applies: If I were to build a stable pension system, I certainly wouldnât start from hereâ, said Michaela Grimm, author of the report. âAnd that is the situation before the coronavirus and its tsunami of new debt. One of the legacies of the current crisis will certainly be that we have to double our efforts to reform our pension systems. What remained of financial leeway has gone for good.â

The second pillar of the API is sustainability, measuring how systems react to demographic change: Are there built-in stabilizers or will the system be blown apart when the number of contributors falls while that of beneficiaries keeps rising? In that context, an important lever is the retirement age. In the 1950s, an average 65-year old men, living in Northern America or Europe could expect to spend around 12.5 years in retirement.

Today, the average further life expectancy of a 65-year old is 17.6 years and it is set to increase to 20.8 years in 2050. As a consequence, the ratio of working life to time spent in retirement has declined markedly. Countries, which decided to adjust the legal retirement age or the increase of pension benefits to the development of further life expectancy like the Netherlands, have thus a more sustainable pension system than countries where postponing retirement further is still a taboo.

The dramatic shift in demographics is best characterized by the increase in the global old-age dependency ratio: until 2050, it will grow by a whopping 77% to 25%, i.e., faster than in the last 70 years since 1950...

The third pillar of the API rates the adequacy of pension system, questioning whether pension systems provide an adequate standard of living in old age. Important levers are the coverage ratio â i.e. how big are the shares of the working age population and the age group in retirement age that are covered by the pension system? â, the benefit ratio â i.e. how much money (measured in terms of average income) does an average pensioner receive? â, and last but not least the existence of capital-funded old-age provision and other sources of income.

Overall, the average score in the adequacy pillar (3.7) is slightly better than that in the sustainability pillar (4.0), a sign that most systems still put greater weight on the well-being of the current generation of pensioners than on that of the future generation of tax and social contribution payers. The countries leading the adequacy ranking have either still rather generous state pensions, like Austria or Italy, or strong capital-funded second and third pillars, like New Zealand or the Netherlands.

However, capital-funded retirement solutions are under increasing pressure in the persisting low interest rate environment. The COVID-19 pandemic has further exacerbated this trend by further pushing down yields. âThe low yield environment has forced both pension funds and life insurers to explore alternative asset classesâ, said Cameron Jovanovic, head of global retirement proposition at Allianz SE. âThis push into alternatives enables benefit providers to capture the illiquidity premium that matches well with their portfolio duration. Another strategy is to offload risk rather than chasing returns as longevity swaps, pension risk transfers and creative reinsurance set-ups become means of optimizing the exposure taken on by pension funds and insurers.â

Combining the scores of all three pillars of the API gives the overall results: Sweden, Belgium, and Denmark come out as the relatively best pension systems worldwide (see table). The USA, on the other hand, ranks at place 5. It has an enviable starting position. Financial leeway is relatively big (although Covid-19 will certainly have changed this considerably) and demographics are, compared to other industrialized countries, relatively benign: the old-age dependency ratio, for example, will âonlyâ increase by 43% to 37%.

It would even fare better if private savings would be distributed more evenly. Other levers to improve the system further would include the retirement age, minimum pensions, and the benefit ratio. The real challenge, however, is not the pension system itself but inclusive growth â or the lack thereof: Too many people are already left behind before they reach retirement; this can hardly be fixed by the pension system.

The Allianz Group is one of the world’s leading insurers and asset managers with more than 100 million retail and corporate customers in more than 70 countries. Allianz customers benefit from a broad range of personal and corporate insurance services, ranging from property, life and health insurance to assistance services to credit insurance and global business insurance. Allianz is one of the worldâs largest investors, managing around 740 billion euros on behalf of its insurance customers. Furthermore, our asset managers PIMCO and Allianz Global Investors manage almost 1.6 trillion euros of third-party assets. Thanks to our systematic integration of ecological and social criteria in our business processes and investment decisions, we hold the leading position for insurers in the Dow Jones Sustainability Index. In 2019, over 147,000 employees achieved total revenues of 142 billion euros and an operating profit of 11.9 billion euros for the group.

These assessments are, as always, subject to the disclaimer provided below.

Such deviations may arise due to, without limitation, (i) changes of the general economic conditions and competitive situation, particularly in the Allianz Group’s core business and core markets, (ii) performance of financial markets (particularly market volatility, liquidity and credit events), (iii) frequency and severity of insured loss events, including from natural catastrophes, and the development of loss expenses, (iv) mortality and morbidity levels and trends, (v) persistency levels, (vi) particularly in the banking business, the extent of credit defaults, (vii) interest rate levels, (viii) currency exchange rates including the EUR/USD exchange rate, (ix) changes in laws and regulations, including tax regulations, (x) the impact of acquisitions, including related integration issues, and reorganization measures, and (xi) general competitive factors, in each case on a local, regional, national and/or global basis. Many of these factors may be more likely to occur, or more pronounced, as a result of terrorist activities and their consequences.Â

No duty to update