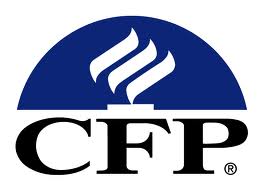 WASHINGTON, Aug. 29, 2017 /PRNewswire-USNewswire/ — CERTIFIED FINANCIAL PLANNERâ ¢ professionals report very high satisfaction with their career choice and decision to obtain the CFPÂ® certification, and they are strongly aligned with CFP Board’s priorities and initiatives, according to a new survey by Certified Financial Planner Board of Standards, Inc.

Conducted by Fondulas Strategic Research, the survey results provide an in-depth picture of CFPÂ® professionals’ perceptions of the value of their CFPÂ® certification, its impact on their careers, and their views of CFP Board and the financial planning profession. A version of the survey was last conducted in 2015.

Key findings of the survey include:

“CFP Board’s ambitious set of strategic priorities â focused on Awareness, Access, Accountability, and Authority â are advancing the relevance of the CFPÂ® marks and strengthening CFPÂ® certification’s standing as the highest standard for competent and ethical personal financial planning,” said Chief Executive Officer Kevin R. Keller, CAE. “The support of our nearly 78,000 CFPÂ® professionals is important to CFP Board’s work, especially as we continue to strengthen our standards and actively work to ensure the CFPÂ® mark remains top of mind when the public thinks of financial planning.”

The mission of Certified Financial Planner Board of Standards, Inc. is to benefit the public by granting the CFPÂ® certification and upholding it as the recognized standard of excellence for competent and ethical personal financial planning. The Board of Directors, in furthering CFP Board’s mission, acts on behalf of the public, CFPÂ® professionals and other stakeholders. CFP Board owns the certification marks CFPÂ®, Certified Financial Plannerâ ¢, CFPÂ® (with plaque design) and CFPÂ® (with flame design) in the U.S., which it awards to individuals who successfully complete CFP Board’s initial and ongoing certification requirements. CFP Board currently authorizes more than 77,000 individuals to use these marks in the U.S.