More Than One in Three Firm Owners Are Planning to Exit the Business in the Next 10 Years;
Few have next-gen owners in place 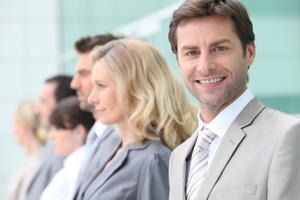 December 18, 2015 —Â BOSTON–(BUSINESS WIRE)–Fidelity Clearing & Custody Solutions, the division of Fidelity Investments that provides clearing and custody to registered investment advisors (RIAs), retirement recordkeepers, broker-dealer firms, banks and insurance companies, today released new research on succession planning from its 2015 Fidelity RIA Benchmarking Study1 which reveals that more than one in three firm owners (37 percent) are planning to exit the business within the next ten years, up from 30 percent in 2014.

While the study finds that a majority of firms (59 percent) prefer an internal succession, only 27 percent of firms have next-generation owners in place and only 9 percent of equity, across all firms, is held by those next-generation owners. The substantial time required to find and groom an internal successor may present challenges to firm leaders planning to exit in six years or less.

Almost half (48 percent) of owners exiting in that time frame prefer a merger or sale to any other succession option, signifying the importance of identifying future leaders early on to enable firm owners to choose the succession path they want.

As in previous years, Fidelity also identified a group of âHigh-Performing Firmsââ those firms which outperformed others in the areas of growth, productivity and profitability â and outlined some of their best practices.2 The study found that High-Performing Firms are more prepared when it comes to succession planning:

âAs firm leaders sit down to think about their business plan for 2016, they should also consider what their 5-year, 10-year, even 20-year, plan is for their business. What will their legacy be?â said Canter. âThey can look at the succession plans their peers are crafting for insights on what they need to do and steps they need to take now, not later.â

For more information on how to plan for a successful succession, RIA clients of Fidelity Clearing & Custody Solutions can access The Fidelity Succession EvaluatorÂ®, an online tool designed to help advisors choose a transition path suited to their needs. And for further information on the 2015 Fidelity RIA Benchmarking Study, click here to access additional key findings.

About Fidelity Investments
Fidelityâs goal is to make financial expertise broadly accessible and effective in helping people live the lives they want. With assets under administration of $5.2 trillion, including managed assets of $2.1 trillion as of November 30, 2015, we focus on meeting the unique needs of a diverse set of customers: helping more than 24 million people invest their own life savings, nearly 20,000 businesses manage employee benefit programs, as well as providing nearly 10,000 advisory firms with technology solutions to invest their own clientsâ money. Privately held for nearly 70 years, Fidelity employs 42,000 associates who are focused on the long-term success of our customers. For more information about Fidelity Investments, visit https://www.fidelity.com/about.

All statistics in this news release are from The 2015 Fidelity RIA Benchmarking Study unless otherwise indicated herein.
The content provided herein is general in nature and is for informational purposes only. This information is not individualized and is not intended to serve as the primary or sole basis for your decisions as there may be other factors you should consider.
The registered trademarks and service marks appearing herein are the property of FMR LLC.
Fidelity Clearing and Custody provides clearing, custody or other brokerage services through National Financial Services LLC or Fidelity Brokerage Services LLC. Members NYSE, SIPC.
746004.1.0
Â© 2015 FMR LLC. All rights reserved.

1 The 2015 Fidelity RIA Benchmarking Study (the âstudyâ) was conducted between April 21 and June 15, 2015, in collaboration with an independent third-party research firm unaffiliated with Fidelity Investments. 441 firms participated. The experiences of the RIAs who responded to the study may not be representative of other RIAs and are not an indication of future success.
2 The term âHigh-Performing Firmsâ refers to the subset of participating firms in the study with business results that met certain qualifying criteria further defined in the study findings report. Reference to the concept of âperformingâ in the name of this group is not intended to connote investment returns. Past performance is no guarantee of future results. High-Performing Firms rank in the top 25% of eligible survey respondents, based on a composite ranking across three areas: 3-year AUM compound annual growth rate (CAGR) as of December 31, 2014; Earnings before ownersâ compensation (EBOC) margin for the calendar year ending December 31, 2014; and Revenue per FTE for the calendar year ending December 31, 2014.
3 Ibid.