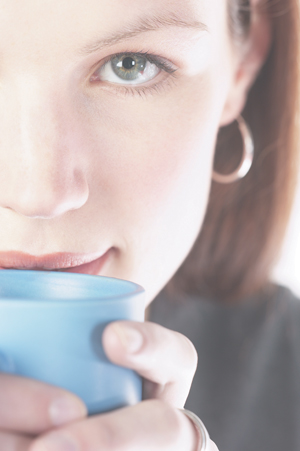 Ms. Nelson is the Head of Annuity Distribution for Forethought Distributors, LLC. She joined Forethought in 2010 and has over 29 years of experience in the financial services industry. She served as Chief Executive Officer and President of Transamerica Capital, Inc., a leading wholesale broker-dealer offering variable and fixed annuities, mutual funds and life insurance. She also held the position of Managing Director for AEGON Financial Services Group, Inc., where she was responsible for business development with AEGONâs top institutional business partners in the United States.

As Baby Boomers flood into retirement, they are scrutinizing their savings and investment options for ones that fit their individual needs and growth objectives. Much of the conversation revolves around equity-based investments due to the opportunity for growth that can keep pace with rising costs and changing needs. However, the risk of principal losses often outweighs the potential benefits for many. They would rather earn nominal interest than risk losing any of their principal savings.

Fixed index annuities (FIA) are one option growing in popularity among those sharing these sentiments. Plus, with the addition of modern benefit options, the productâs appeal is broadening further.

When FIAs came into the marketplace in the late 1990s, they were an unproven product, which was often criticized due to high surrender penalties. They were a niche product, looking to build a market. Fast-forward to today. The product designs are more consumer-friendly and the economic environment more conducive to more favorable crediting opportunity an FIA offers.

The product and market for it have matured. As a result, fixed index annuity sales are steadily increasing. More carriers, often well-established ones, are entering the marketplace, which itself is expanding from a traditionally independent agent distribution to include many national broker-dealer firms and their financial advisors.

As a result, According to LIMRA, industry-wide sales of fixed index annuities rose 16 percent in 2013 compared to 2012 and totaled $39.3 billion, including $11.9 billion in sales for the fourth quarter alone. The growth trend is carrying through 2014, as well, with a record $13 billion in FIA sales during the second quarter this year.

Traditionally FIAs have been seen as an attractive savings alternative. Simply speaking, the product offers interest crediting that can be linked to the positive performance of an equity index, commonly the S&P 500. Though you cannot invest directly in an index, through an FIA interest credited usually reflects the return of the index for a stated period, subject to a maximum rate, or cap, and zero percent floor. Retirees are sold on the potential for greater interest crediting than typical bank products, without sacrificing the protection of principal from performance-based losses.

The basic design and crediting potential alone are compelling to many people. However, companies have historically experienced high turnover of customers. When using the product strictly as a tax-deferred retirement savings option, customers have a tendency to hold the annuity through the surrender charge period, and then shop around for a better option.

Insurance companies are now offering optional income and accumulation benefits on many of their FIAs. With these benefits, which are much like those that have been available within variable annuities for years now, todayâs FIAs can play a more integral role in an overall, long-term retirement strategy, extending well beyond the surrender-charge duration. With greater long-term benefits for clients, carriers hope to increase the persistency of contracts.

They were a niche product, looking to build a market

A percentage of the benefit base, determined by the annuitantâs age upon activation of withdrawals, is then available annually. Normal tax rules still apply, and any withdrawal prior to age 59Â½, even guaranteed amounts, may be subject to a 10% tax penalty.

For those still purely seeking growth of the asset, todayâs optional accumulation benefits enhance the potential of the product by providing a level of growth certainty even if the interest crediting methods result in zero percent crediting in multiple years.

This allows clients who may otherwise elect a fixed interest crediting method to pursue an index-linked strategy and still experience long-term growth even if the actual crediting is at or near zero percent, provided the contract is held for the duration of the benefit period.

Todayâs fixed index annuities may offer compelling benefits for certain people, but they are not for everyone. Different product designs must be taken into account, as well as the crediting strategies available and the associated cap rates, which are set by the insurance company.

Also, though fixed index annuities do not have insurance charges within the base product, keep in mind that consumers who elect optional benefits will typically incur a cost associated with the benefit. This cost will detract from the net crediting the contract value experiences. It may even decrease the principal value in the event of zero percent crediting, or crediting that is less than the benefit cost.
As with all insurance products, the guarantees within any fixed index annuity are based solely on the claims-paying ability of the company issuing the contract. So clients should take care to be sure they select a financially strong company that instills confidence in their promises.

With different client profiles and objectives, the addition of more diverse benefit options opens the potential market for fixed index annuities up to a broader population. By incorporating these products alongside other annuity options, agents and brokers have the opportunity to expand their business among an expanding retiree population. Ignoring the potential benefits of fixed index annuities is akin to ignoring the subset of retirees they could serve advantageously.