Peering Through The Glass Ceiling

Women share common ground with men, but jobs at the top still harder to get, survey says 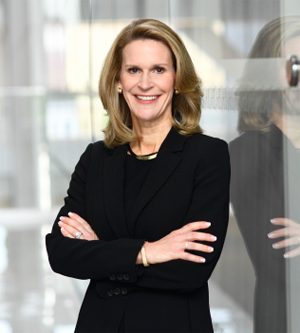 October 30, 2019 —Â NEWARK, N.J.–(BUSINESS WIRE)–Women and men share common ground at work when it comes to understanding what it takes to win top jobs, yet women still contend with bias-related barriers to advancement more often than men, according to a recent poll released today from ASCEND and Morning Consult sponsored by Prudential Financial, Inc. (NYSE: PRU).

The research is part of ASCENDâs Financial Services Solutions Series, which highlights challenges within the industry and seeks input from industry leaders to find ways to strengthen the pipeline of women to leadership positions.Â To earn top positions in the workplace, most men (52%) and women (54%) acknowledge that they need to make sacrifices to succeed. And roughly an equal number of them (46% of men; 49% of women) agree that becoming a top leader requires overcoming more professional barriers than theyâd want to.

But thatâs where the similarities end. Women surveyed say they still face barriers that have nothing to do with the quality of their work, including: work/family trade-offs; men often being more comfortable promoting each other; being steered toward support roles; more difficulty recovering from mistakes; and a lack of guidance from superiors. Women and men continue to disagree on whether these factors remain a myth, or reality:

Mentorship can be a key stepping stone for advancement and overcoming the common ground that masks the significant divides women still face in the workplace. When it comes to mentoring, most professionals donât foster mentor relationships across gender, the survey found. Notably, women are about as likely as men to say their mentor is the same gender (69% vs. 61%).

âMore than half of those surveyed say mentors or sponsors have helped further their careers. Overcoming barriers that continue to divide genders will help create more powerful relationships and ensure companies are able to leverage a wealth of different perspectives,â said Caroline Feeney, CEO of Individual Solutions at Prudential. âToward that end, men and women should increasingly become mentors to and advocates for each other. Thatâs one of the best ways to understand each other and close the opportunity gap.â

men and women should increasingly become mentors to and advocates for each other. Thatâs one of the best ways to understand each other and close the opportunity gap...

The new research shows that mentor relationships could also help overcome biases women face following a leave of absence. Forty-three percent of women say taking time off has affected their careers, and 73% of women say they are more likely than men to sacrifice career advancement for their families. Only 56% of men share that opinion.

âMany men still think that most of the real barriers to advancement faced by women in business are myths, and that is of acute concern when men still control the levers to advancement in most American companies,â said Ken Stern, co-chair of ASCEND.

Said Feeney, âGender parity is possible, especially as more men become advocates who can help women navigate the challenges they face, enabling them to bring their unique insights and strengths to the workplace.â

This poll was conducted from September 18 to 22, 2019, among a national sample of 2,201 U.S. adults. The interviews were conducted online and the data were weighted to approximate a target sample of adults based on age, race/ethnicity, gender, educational attainment, and region. Results from the full survey have a margin of error of +/- 2 percentage points.

ASCEND is a new initiative that seeks to identify and promote evidence-based strategies to advance women to the C-suite and boardroom and to help foster specific commitments for action from leading companies and institutions. Learn more: ascendcommitment.com.