Study: Over 25 year span, more than a 25% increase in added debt 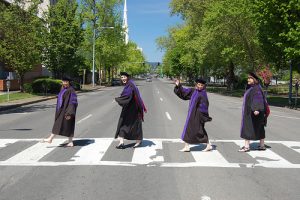 Secure Retirement Institute analyzed federal data on consumer finances and found that in 1989 education loans made up 4 percent of installment debt for pre-retirees.

The data suggests that parents and grandparents have acquired more student loan debt to help their children and grandchildren.

“For five years consumers have told us their top financial concern is having enough money for a comfortable retirement,” said Michael Ericson, analyst for LIMRA Secure Retirement Institute. “When someone takes on additional installment debt in their late working years or early retirement, they have less money available for retirement savings and monthly expenses which makes it harder to save enough to eventually replace their income.” (See Video)

Prior LIMRA Secure Retirement Institute research revealed that parents are helping their children with debts and expenses beyond student loans.

“When older parents contribute to their adult children’s expenses it results in one more barrier to retirement saving,” said Ericson. “Our research shows that 41 percent of retirees have mortgage debt. So, before they can save money for retirement—which can last 20 to 30 years — they have to pay their debt and their children’s debt and expenses.”