A Strong Jobs Report – or Was It?

Looking at it from both sides… 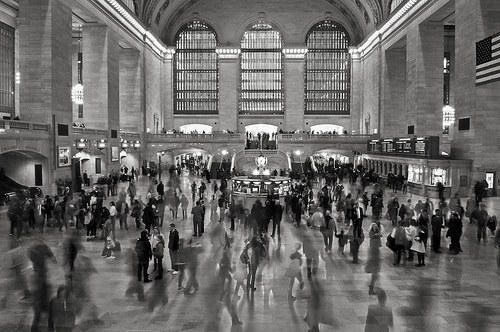 The April jobs report had the type of headline-grabbing figures that screamed âstrong report!â The U.S. Labor Department announced that 288,000 jobs were created last month, the biggest gain in more than two years, while the unemployment rate fell to 6.3%, the lowest level in over five years. The 6.3% unemployment rate received particular attention because the Federal Reserve made a 6.5% unemployment rate a key level with respect to raising interest rates.

The 288,000 jobs created was no doubt positive, but the driver of the drop in the unemployment rate had more to do with the number of people who either left the job market or stopped looking for work. The nearly 800,000 people that left the work force contributed to the labor force participation rate falling to 62.8%, a level weâre getting used to these days, but that had not been seen previously since 1978.

A number of factors influence the lethargic participation rate, including the continued response to the expiration of long-term jobless benefits at the end of last year and the retirement of baby boomers. The biggest factor, however, may be the mindset of employers. Many are asking their employees to do more with less and that means maintaining a tight hiring environment. This can be seen in the increase in part-time and hourly workers, but also in the anemic growth in well-paying, full-time jobs.

The Fed is aware that the unemployment rate no longer reflects an accurate picture of the U.S. labor markets and has discarded the 6.5% threshold as the target level to hike interest rates. But maybe the inexpensive debt is having the opposite effect that the Fed desires and is contributing instead to the lackluster jobs market. Companies are loading up on debt but not reinvesting in people. It might be time to make job creation the priority and not a hopeful reaction to cheap debt. If you want to change the game, change the incentives.

Non-Agency Mortgages: What’s Holding Them Back?

In a letter to the Senate Banking Committee last week, the Association of Institutional INVESTORS requested that Congress establish clear fiduciary standards for trustees of non-Agency residential mortgage-backed securities (RMBS).

So far, the legal responsibilities of the trustees have been kept to a minimum, the intent being to limit their legal risks and avoid duties that require higher levels of financial and asset class expertise. Otherwise, trustees’ fees would have to be raised to compensate them for the increased complexity of their duties, including legal risks associated with fiduciary obligations. The additional fees could make securitization less efficient economically versus just holding whole loan pools.

Non-Agency RMBS is expected to grow once Congress passes new legislation to phase out Fannie Mae and Freddie Mac and shift most of the mortgage market first loss to the private sector, banks and non-bank investors. While it is unlikely the legislation will go for a vote in 2014, the markets expect it to happen eventually.

In the meantime, large investors have been lobbying for RMBS trustees to take on a much more active role to ensure that: a) initial collateral conforms to the representation and warranties (R&W); b) put-back rights under securitizationâs R&Ws are exercised properly; c) all loan documentation is properly executed and transferred; d) servicers are performing their duties; and e) adequate transparency is provided to the investors.

Currently RMBS trustees are not equipped to handle any of these duties. They are likely to push back hard and be unwilling to carry the high stakes responsibility of policing the overall integrity of RMBS structure as fiduciaries.

The mortgage industry itself (underwriting banks, trustees, rating agencies and larger originators) is actively looking to formulate an alternative solution. One solution gaining momentum is to establish uniform standards for upfront independent due diligence and the addition of an independent ongoing “credit manager” or “operating advisor”. While the details vary from bank to bank, the mortgage industry appears determined to rebuild the trust in non-Agency RMBS with or without well-defined fiduciary responsibilities for trustees.

One of the rock stars of structured credit in 2013 was the collateralized loan obligation (CLO) and this roll has continued in 2014. While in other asset classes, even some of the initially AAA-rated securities will take losses, almost every rated tranche of vintage CLOs will pay off despite the effects of the Great Recession. As a result, the market continues to perceive CLOs as offering very attractive returns for the risk.

Still, itâs important to note that the lower-rated securities have been on a roller coaster ride, with downgrades and heavy markdowns in the lows of the credit crisis. The past recession provided us with a real-life case study for downgraded securities that bounced back to positive performance. Many market participants were impacted and forced to make unwanted portfolio management decisions. Downgrade risk has always been a great source of concern but has never been well modeled. The main reason for this is that rating agencies focus on objective risk analytics, expected loss and probability of default but also on subjective factors. These subjective elements are hard to anticipate and quantify. However, interest deferrals are highly correlated to downgrades. As an objective adverse event, an overcollateralization test failure and payment-in-kind (PIK) event, which for CLO tranches simply means an interest deferral, would constitute a very good indicator of downgrade risk and market value risk.

The trick is to be able to quantify the probability of PIK as a key risk metric for portfolio managers investing in mezzanine debt. Deep-dive credit analysis remains the key word in CLOs and this should still be true going forward. But a better understanding of structural intricacies and possible counterintuitive outcomes of structures, like a high PIK risk, is essential to capturing relative value while avoiding some of the asset class pitfalls.