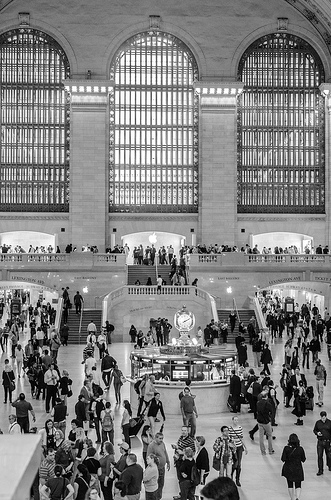 “Fridayâs jobs report was better than expected with employers adding 236,000 jobs, far better than the 160,000 most economists were expecting,â says James Frischling, President and Co-Founder of NewOak. âIn addition to the jobs created, the unemployment rate fell from 7.9% to 7.7%, the lowest level since December 2008. The February Labor Department data helped propel stock markets higher. So is everything rosy?â

While the job growth was a surprise to the upside, there is growing concern that much of the improvement to the unemployment rate is the result of an increasing number of Americans no longer looking for work. Today, if the participation rate were the same as it was when President Obama took office, the unemployment rate would be nearly 11%. The participation rate, which now stands at 63.5% is the lowest level since 1981.
Another worry about the unemployment rate is that it was calculated before the sequester and the resulting across the board budget cuts were put into effect. The concern is that the federal spending cuts and its impact on employment will be felt later this summer and will harm the economy and will be a blow to the employment picture.

The strong stock market performance and the improvement in corporate balance sheets will hopefully pave the way for real improvements in employment. However, wealth creation on Wall Street doesnât mean job creation on Main Street. The regulatory environment still makes investing in human capital a challenge and companies are doing everything they can to improve efficiencies so they can continue to do more with less.

“Despite the great recession, European sovereign debt crisis, and many conduits, financial companies and bank failures, depositors and money market participants in the U.S. and Europe haven’t lost any of their principal savings,” says Ron D’Vari, CEO & Co-Founder, NewOak.

Ever since the summer of 2008, the overall financial system has toyed with chaos and has appeared to go on the verge of collapse many times. Throughout both banking and shadow banking systems have masterfully been kept solvent by the central banks, albeit at the cost of little compensating yield to the savers.

While the job growth was a surprise to the upside, there is growing concern that much of the improvement to the unemployment rate is the result of an increasing number of Americans no longer looking for work

In retrospect, the early liquidity disruptions experienced by Special Investment Vehicles (“SIVs”) and bank-backed conduits have ended up to be the tip of the iceberg, though it was not a foregone conclusion at the time.

SIVs and bank-conduits — which had issued several trillions of Asset-Backed commercial paper notes (“ABCP”) held by money market and corporate cash accounts — were initially viewed to be safe, yet later proved not to be safe in vehicles not fully backed by the banks. Early on, the money market and short-term bond investors couldn’t distinguish between credit and liquidity impairments. To some, the so called liquidity crisis had appeared as an opportunity of a life time.

Events of the second half of 2008 helped clarify the magnitude of the underlying issues as liquidity problems abruptly turned to credit blowups. As a result, in the absence of any other safe haven, many investors rushed in to sovereign bonds, unaware of their own pending crisis to be discovered later.

The financial collapse of Lehman and Iceland forced policy makers rushing to rescue many others such as Ireland, Portugal, RBS, Citi Group, UBS, Washington Mutual, Merrill Lynch, and Wachovia. This was a stopgap until much more comprehensive plans were globally coordinated to gradually to help economy and markets dig out of the crisis.

Speeding forward six years, there are still many sizable government-backed entities struggling with insurmountable debt in the foreseeable future. This is particularly true in the Europe market but also in certain public sectors in the U.S.

Greece exposed the fundamental flaws in the Euro system’s construct. By now, markets come to believe that these would eventually be resolved but have accepted that it will take a long time. The European leaders have moved on to address the fiscal and political quarrels in Italy, uncontrollable unemployment in France, and rescue plans for Cyprus in an effort to avoid another sovereign market turmoil. Germany and other northern European countries are reluctantly learning that they are all in this together and hence need to be more flexible in their approach.

Throughout the crisis, overwhelming majority of bank depositors and money market funds have been made whole because they are the backbone of the financial system. Collective acknowledgment of the safety of the short time deposits in retail and corporate cash accounts, fiduciary or institutional, has proven pivotal to eventual return to normalcy. Overall the system has worked, but has been rocky at times. Accordingly, Cyprus officials’ insistence on keeping depositors out of its debt restructuring makes sense and is consistent with the monetary policies of the past elsewhere.