Did the economy slow in January? 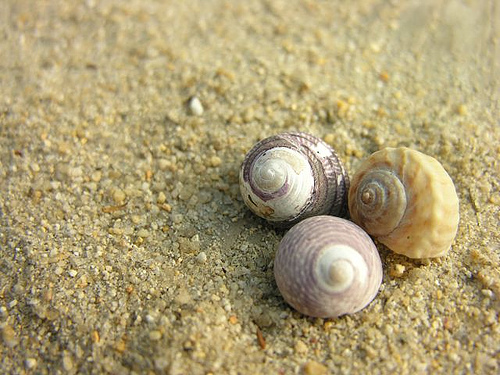 After a volatile winter, stocks ended the quarter about where they started. Oil prices, a strong dollar, and concerns about interest rates contributed to the volatility and uncertainty remains as we enter the second quarter.

For the quarter, the S&P 500 gained 0.47%, the Dow lost 0.32%, and the NASDAQ gained an outsized 3.68%. What are some of the factors that affected market performance in Q1? Economic growth data suggested that the economy might have slowed at the beginning of the year.

Unofficially, it may have ground to a halt…

After a strong third quarter of 2014, the economy lagged in the final three months of the year, clocking in just 2.2% growth. Overall, the economy grew 2.4% in 2014, up from 2.2% in 2013. While we don't have official first quarter GDP numbers, unofficial estimates suggest that economic growth may have ground to a halt in the first quarter.

Though 0.0% GDP growth isn't great news, keep in mind that the economy shrank 2.1% in the first quarter of 2014 and then rebounded to grow 4.6% in the second quarter and 5.0% in the third quarter. There's no guarantee that we'll see a repeat of last year's trend, but warmer spring weather may translate into stronger consumer spending and housing market activity.

Much of the slowdown in growth can be attributed to the effects of the strong dollar and weak oil prices. While cheap oil is a windfall to U.S. consumers who benefit from lower pump prices, volatile prices are hitting domestic oil producers hard. The strong U.S. dollar, which gained over 15.0% on the euro last quarter, has also affected demand for U.S. products.

Investors were also concerned about weak overseas growth, which is affecting corporate profits. The U.S. economy has disengaged from global growth and is leaving many other economies behind. Though domestic demand is strong, lagging economic growth in Europe and other economies is complicating the global growth picture.

Hopes for the Eurozone

However, the European Central Bank has stepped up to undertake its own quantitative easing program and we can hope that Eurozone growth will accelerate. The labor market continued to make important strides last quarter, adding over half a million new jobs.

Bottom line: Though many domestic economic fundamentals are strong going into the spring, weak oil prices, a resurgent dollar, and stagnant overseas growth could cloud the picture

The overall unemployment rate dropped to 5.5% – the lowest rate in six years. Wage growth also picked up as employers were forced to offer higher pay to attract workers. However, the March jobs report shows that the economy created just 126,000 new jobs, less than half of February's gain and the smallest gain in over a year.[

Was March just an off month because of oil prices and a cold winter? That's the question the Fed will need to answer as it ponders future interest rate moves. What could act as headwinds in the weeks and months to come?

The Federal Reserve has been a big player over the last few months and speculation around future monetary policy decisions will likely cause market volatility in the coming weeks and months. Now that economy-stimulating bond purchases have ended, the Fed is planning to raise interest rates sometime this year.

Though March's disappointing jobs report may give Fed economists pause for thought, interest rate changes may cause investors to get nervous. We know that the Fed is carefully monitoring data and will make only gradual changes to rates, so we can hope that market reactions will be brief. Markets are running high, with the S&P 500 closing within 5.0% of its all-time high for 56 of the 61 trading days last quarter.

Such strong investor optimism can sometimes presage a pullback as investors pause to take stock of the market environment. Is a pullback certain? Certainly not. We don't have any way to predict what will happen so we focus on setting reasonable goals, managing risk, and keeping a careful eye on market movements.

Bottom line: Though many domestic economic fundamentals are strong going into the spring, weak oil prices, a resurgent dollar, and stagnant overseas growth could cloud the picture.

As Q1 earnings trickle in, positive surprises could translate into additional market upside. However, earnings estimates have come down in recent weeks and corporate profits may be affected by rising wages and slower growth.[

Since we can't know where markets are going with any certainty, we recommend staying focused on your long-term goals and keeping short-term performance in perspective. We are continuously monitoring markets and are prepared to make changes as conditions warrant. If you have any questions about your investment strategy, please give us a call. We'd be delighted to discuss it with you.