Investors: Hold on During Volatile Stretch 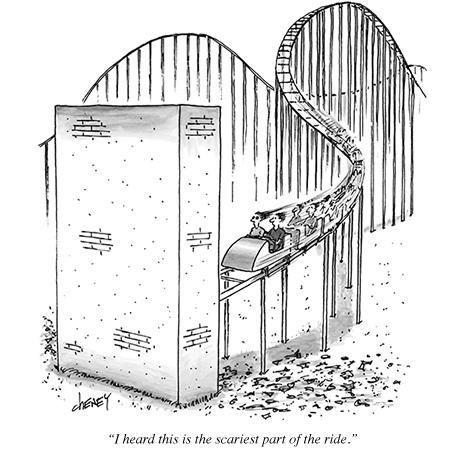 “Fear-mongers can create a dangerous ‘sell-first-ask questions later’ mentality that’s driven by momentum,” says Kimmel, who was spot-on when he predicted in January that the market would suffer a sharp but brief pullback, only to quickly bounce back. “Concerned investors are worried that the next ‘scare’ will not be as brief or rebound as quickly — in effect they believe that the high tide that we’ve seen in the stock market is receding. But it’s not.”

Some investors, particularly those who manage their own portfolios, “remain paranoid over the thought that every market pause signals that the high tide of gains has passed, and that the market will be in for a low-tide drought,” he says. “Trading costs for do-it-yourselfers have come down so far that many have that ‘sell-first-ask questions later’ mentality on both the long and short side, and that can prompt them to take dangerous moves. They’re ignoring the regenerative nature of the stock market, which can be compared to a beachfront: periodically, the tide will indeed pull back and we’ll see it dip to a shallow level — but that’s actually a good to time to buy, as the high tide inevitably comes roaring back.”

That’s because the drags on the market — primarily geopolitical upsets, like the Middle East situation, and the current slowdown in job growth — are short-term issues. In contrast, Kimmel contends, the long-term trends are positive.

Earlier this year, Kimmel said that the finance and real estate industries would be standout performers in the upcoming cycle, and those projections are proving true. “Housing will continue to do well, along with banks and biotechs,” he comments. “Investors shouldn’t be swayed by short term scares. Instead, they need to focus on individual stocks within well-performing sectors. Manufacturing is returning to the U.S., the housing and construction segments are picking up and are likely to be a spark for job growth, and the new Federal Reserve Chair, Janet Yellen, has been well-received by economists and other experts.”

Individuals should remember that market moves are not simply spurred by concerns like price-earnings ratios, adds Kimmel, who has spent more than 25 years in the capital markets, managing portfolios and providing guidance to clients, brokers and the media. “Investor psychology and investor comfort level also have an outsized influence on the market’s gyrations,” he notes.

While some investors are skittish about the prospects of a strong 2014 market immediately following a strong 2013, Kimmel takes a longer view, pointing out that the 10-year period before 2013 was basically “a lost decade.”

“So those who say that we’re looking at ‘a market that’s gone too far too fast’ really aren’t considering the whole picture,” concludes Kimmel, who works out of Chester, N.J. “It’s more accurate to say that in a 12-year period, we’ve had individual investors pulling money out of the market, but it has just started coming back in, and there’s more to come. It’s reasonable to expect that a strong bull market will have some shakeouts, but they’re healthy. It’s just that people forget that these downturns come around, and no matter how scary they are, the market — like the tide — will rise again. Being invested in the right companies — like the ones identified in the MagnetÂ® Stock Selection Process that blend value and momentum — is key.”

Kimmel recently joined KCD Financial, a fully introducing broker/dealer and State Registered Investment Advisor firm that is majority-owned by Freedom Securities, Inc. In his role as chief market strategist, he provides guidance to the firm’s nationwide network of independent brokers and their clients on relative risk and opportunities in the capital markets. Prior to joining KCD Financial, Kimmel served as chief market strategist and portfolio manager for other national independent brokerage firms. From 1997 to 2009, he was president of the Magnet Investment Group, LLC, an independent firm that managed proprietary funds and served as a sub-advisor to other prominent investment firms. He authored Magnet Investing and The Magnet Method of Investing: Find, Trade, and Profit from Exceptional Stocks, (Wiley, 2009). In 2013, the well-known Stock Trader’s Almanac dedicated its 46th annual edition to Kimmel.