As the COVID-19 response continues to roll-out nationally, itâs impact on the employment market grows 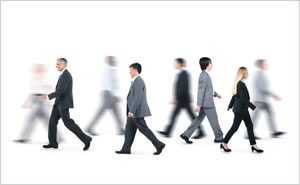 With 2.1 million more unemployment claims filed this week despite all U.S. states starting to reopen, WalletHub today released updated rankings for the States Hit Most by Unemployment Claims.

To identify which statesâ workforces have been hurt the most by COVID-19, WalletHub compared the 50 states and the District of Columbia based on increases in unemployment claims during the latest week for which we have data (May 18) and overall since the beginning of the coronavirus crisis (March 16).

We used this data to rank the most impacted states for both periods. Below, you can see highlights from the report, along with a WalletHub Q&A. To see the states most impacted since the beginning of the COVID-19 pandemic, click here.

To view the full report and your stateâs rank, please visit here

A Q&A with WalletHub analyst Jill Gonzalez on the impacts of COVID-19 on the U.S. unemployment status

Should we be optimistic about the impact that reopening states will have on the job market?
âFrom an economic standpoint, we should be optimistic about states reopening because it will be a huge benefit to the job market, if managed responsibly. Businesses that previously were closed for months will finally get some revenue again, allowing them to build up the resources to start rehiring. In order to make sure this reopening has the best possible impact on the job market, states should enforce social distancing measures at all places of business. While 30 percent of Americans would be comfortable shopping in person now without any protective measures, an additional 34 percent would be comfortable if everyone wore masks, according to WalletHub research.â

From an economic standpoint, we should be optimistic about states reopening because it will be a huge benefit to the job market, if managed responsibly...

How has the unemployment rate in New York â the state with the most COVID-19 cases â been affected?
âNew York has seen a 329% increase in initial unemployment claims from the beginning of 2020 to the week of May 18. This is better than the average increase of 591%.â