WalletHub releases updated rankings for states hit most by unemployment claims, and continues to be a steady resource for unemployment trends 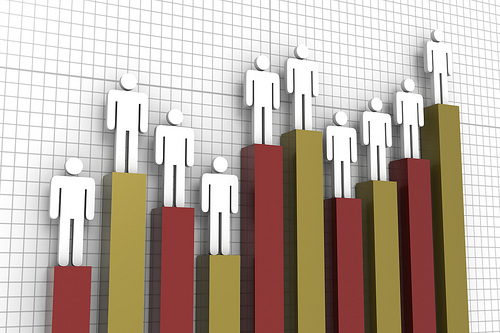 With over 44 million Americans losing their jobs during the COVID-19 pandemic and new unemployment claims this week higher than in the same week last year, WalletHub today released updated rankings for the States Hit Most by Unemployment Claims.

To identify which statesâ workforces have been hurt the most by COVID-19, WalletHub compared the 50 states and the District of Columbia based on increases in unemployment claims during the latest week for which we have data (June 1) and overall since the beginning of the coronavirus crisis (March 16). We used this data to rank the most impacted states for both periods. Below, you can see highlights from the report, along with a WalletHub Q&A.

Should we be encouraged by the fact that the U.S. gained 2.5 million non-farm payroll jobs in May?

âWe should absolutely be encouraged that the U.S. gained 2.5 million jobs in May, as that indicates the reopening process is working as intended. Many businesses are rehiring workers that they temporarily laid off while closed, and we can expect to see greater job gains as states proceed to their next phases of reopening, as long as cases donât spike and set reopening back,â said Jill Gonzalez, WalletHub analyst. âEven though overall unemployment declined from April to May, one thing to be concerned about is that unemployment slightly increased for black Americans. The discrepancy between white and black job gains comes at a time when discussions of racial inequality are at the forefront of the political discourse.â

Will the recent unrest across the U.S. affect unemployment?

âThe recent rioting seen in many states will have an impact on unemployment, as it comes at a time when many businesses are just beginning to reopen after being closed for months during the COVID-19 pandemic,â said Jill Gonzalez, WalletHub analyst. âThis could be devastating for business owners who need to rebuild at a time when they already lack revenue, as well as for the employees of those businesses who will join the tens of millions of Americans already without a job.â

We should absolutely be encouraged that the U.S. gained 2.5 million jobs in May, as that indicates the reopening process is working as intended...

Should states always look at base pay when determining eligibility for unemployment benefits?

âStates should not always look at base pay when deciding who is eligible to receive unemployment benefits, as this can end up disqualifying service workers who make far less than minimum wage and rely mainly on tips,â said Jill Gonzalez, WalletHub analyst. âWhen determining unemployment insurance eligibility, states should consider each applicantâs full total taxable income for the 12 months prior to unemployment. We cannot deny people the ability to make ends meet just because their pay is structured a certain way, especially during the economic devastation of this pandemic.â

How has the unemployment rate in New York â the state with the most COVID-19 cases â been affected?

âNew York has seen a 110% increase in initial unemployment claims from the beginning of 2020 to the week of June 1,â said Jill Gonzalez, WalletHub analyst. âThis is better than the average increase of 451%.â

To view the full report and your stateâs rank, please visit here.