The State Of States In A Pandemic 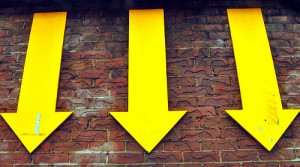 While state credit quality in 2019 was the strongest it had been in a decade, the COVID-19 pandemic will force states to make difficult budget decisions and possibly dip into reserves to address shortfalls.

“States entered 2020 with stronger reserves than they had prior to other downturns and most states experienced positive tax revenue growth in 2019. However, the long-term impact of the COVID-19 pandemic on states’ credit quality will be significant,” said Karel Citroen, Head of Municipal Credit Research at Conning and lead author of Conning’s State of the States report.

“States are facing an uphill battle with decreased sales and income tax revenues. They will have to address funding gaps by either using reserves, issuing debt, reducing expenditures and/or increasing revenues. That is why we analyze the strength of balance sheets, economic conditions and socio-economic trends because they could offset some of the current concerns.”

The report uses 13 credit indicators to compare state credit quality and assigns a ranking, with #1 being the highest and #50 being the lowest. The methodology for the 2020 edition placed more emphasis on population changes and taxes, reflecting how the two influence each other. Additionally, the report analyzed state revenue sources and examined which states performed well during the most recent economic expansion.

In general, residents continued to move to southern and western regions; states with a negative or low population growth rate remain concentrated in the Northeast. Retirement was the number one reason behind inbound state population growth in 2019 and conversely is a main driver of population declines for Northeast states.

The report also looked at how states’ taxing regimes impact residents’ retirement decisions as well as the environment for business support and can be an important bellwether for understanding states’ future credit quality. States that can attract new businesses have more employment opportunities, which should boost economic activity and make those states more attractive to residents of underperforming peers.

States' reserves are their first line of defense as revenues come down and it is our hope that states will stabilize enough where they will manage FY 2021 budgets and can build back up their reserves starting in FY 2022...

The report documents strength in Western state GDPs, a trend which has persisted over the past five years. The report’s top five performing states in annual GDP growth are Washington, Utah, South Carolina, Florida and Arizona; the lowest are Oklahoma, North Dakota, Wyoming, Alaska and West Virginia.

From February 2019 to February 2020, 42 states saw improved employment numbers. Texas, Idaho, Arizona, Rhode Island and Utah experienced the most growth in employment, while the worst-performing states Wyoming, South Dakota, Illinois, Vermont and West Virginia all experienced negative growth. With a spike in the unemployment rate expected for the second quarter, states will be dependent on federal aid to help cover the unemployment costs and loss of income tax revenue.

No states reported mid-year budget cuts in FY 2019 due to a revenue shortfall and 46 states reported that General Fund revenues exceeded their targets. In periods of economic stress, reserves offer states a buffer to cover losses in revenue, which bodes well for states like Wyoming and Alaska but may be a concern for states like New Jersey and Arkansas.

States that rely on economically sensitive revenue sources require additional reserves to provide flexibility during volatile times. For example, persistently low oil prices could have material implications for some states’ 2020 financial positions, such as Alaska and Oklahoma. However, states with less reliance on oil-related revenues, like Texas and Montana, appear more prepared for the downturn, underscoring the importance of a diversified economy.

“Some states are much better positioned than others to navigate this unprecedented crisis,” added Citroen. “States’ reserves are their first line of defense as revenues come down and it is our hope that states will stabilize enough where they will manage FY 2021 budgets and can build back up their reserves starting in FY 2022.”

Conning (www.conning.com) is a leading investment management firm with approximately $168 billion in global assets under management as of March 31, 2020.* With a long history of serving the insurance industry, Conning supports institutional investors, including pension plans, with investment solutions and asset management offerings, risk modeling software, and industry research. Founded in 1912, Conning has investment centers in Asia, Europe and North America.

*As of March 31, 2020, represents the combined global assets under management for the affiliated firms under Conning Holdings Limited, Cathay Securities Investment Trust Co., Ltd. (“SITE”) and Global Evolution FondsmÃ¦glerselskab A/S and its group of companies (the “Global Evolution Companies”). The Global Evolution Companies are affiliates of Conning. SITE reports internally into Conning Asia Pacific Limited, but is a separate legal entity under Cathay Financial Holding Co., Ltd. which is the ultimate controlling parent of all Conning controlled entities.