Stark Inequality Through The Generations 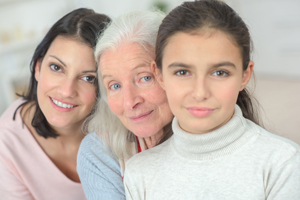 This research uses data from the Federal Reserveâs Survey of Consumer Finances to examine financial asset ownership by net worth, generation, and race. This research considers three generational cohorts: Millennials, Generation X, and the Baby Boomers. Millennials are assessed in 2016 and 2019, while Generation X and Baby Boomers are assessed in 2004, 2010, 2016, and 2019.

This reportâs key findings include: 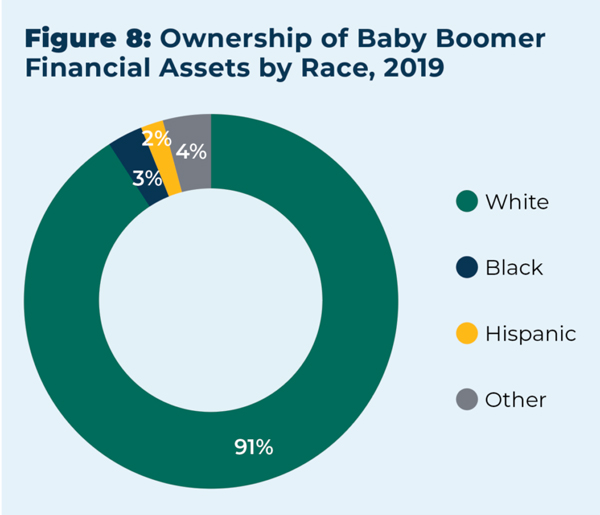 Over the past forty years, the United States has shifted from a retirement system built around the collective pooling of assets in plans like defined benefit pensions to one focused on the individual ownership of assets in defined contribution plans like 401(k)s. This fundamental shift in the U.S. retirement system mirrors larger societal shifts that have placed more of the burden of addressing lifeâs challenges on the individual. Unfortunately, the ownership of financial assets, much like the possession of wealth generally, is highly concentrated at the top among a relatively small share of Americans with high net worths. Financial asset ownership also is highly concentrated among white Americans.

The Baby Boomer generation has exerted disproportionate cultural power in American life for decades, so it is fitting that this generation sparked this research. The first Baby Boomers reached age 65 in 2011, and it was their impending retirement that led some to predict a financial market collapse. This theory was faulty in at least two ways: one about the ownership of financial assets and another about how most Americans finance retirement.

Most Americans do not finance their retirement through the ownership of financial assets held in 401(k)s, IRAs, or other defined contribution accounts. Instead, Social Security remains the primary source of retirement income for the majority of older Americans. Especially for those lower on the income spectrum, Social Security may account for three-quarters of their income in retirement. Income from defined benefit pensions also remains important for a substantial number of older Americans.

Millennials are the youngest of the three generational cohorts studied in this research. Like the Baby Boomers, they are a large and culturally powerful generation. Despite being the best educated generation in history, Millennials have had a rough start to their adult lives with the 2008 financial crisis, a weak job market affecting many Millennials early in their careers, and skyrocketing college costs and the associated debt. Despite these hurdles, there is evidence that Millennials are beginning to catch up with previous generations, at least before the COVID-19 pandemic and 2020 recession.

It may take years of further data to disentangle the impact of the COVID-19 pandemic recession on the financial lives and wealth of Millennials. Just before the pandemic shut down large sections of the economy, many Millennials finally were catching up with previous generations in terms of home ownership and other markers of financial health. Given the k-shaped nature of the recovery from the pandemic recession, it seems likely that some Millennials have continued the upward trajectory of their pre-pandemic lives, while others have been dealt yet another setback. One clear lesson from the two prior generations is that inequality in financial asset ownership deepens over time, and there is little reason to think the same wonât occur among Millennials.