Staring Down The Fiscal Cliff

Are there financial storm clouds forming? 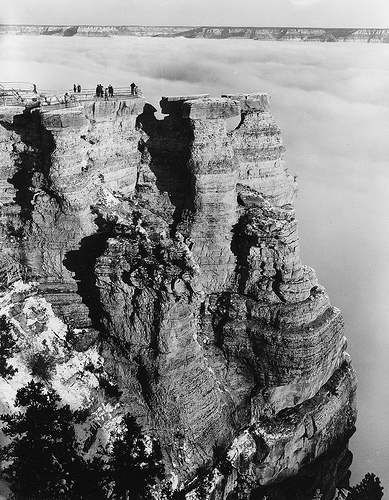 âWe are sailing off the edge in 2012; historically, we are facing the biggest tax increase in absolute dollars ever.Â  At 5% of GDP, itâs also the biggest tax increase/spending cut in relative terms since 1942. It is possible we have a triad of storms for the remainder of 2012, with the âstorm of the centuryâ hitting on the exact dates of December 31, 2012, and January 1, 2013,â says Leon LaBrecque, JD, CPA, CFP, CFA, Chief Strategist and founder of LJPR, a firm managing over $440 million in assets. LaBrecque has been talking about the Fiscal Cliff for over a year now; warning his audience about what is going to transpire at the end of this year.

For a more in-depth video covering the topic, click here.

Europe is by no means a new problem, nor is it an unknown problem
Disaster One:Â  Everyone buckles down.Â  The Greeks pay their taxes, the Spanish impose austerity, the Germans provide the funds, and the Union strengthens and works its problems out.Â  This is a long-term âgoodâ solution, and a short term painful solution.Â  It will probably cause a mild recession in Europe.
Disaster Two:Â  The EU falls apart.Â  The Greeks leave the EU, potentially followed by others.Â  The remaining members either form a âEuro Liteâ or go back to their Marks, Francs, Liras and Pesetas. Economic output would likely fall an average of 10%, unemployment would soar and inflation would rise.
Disaster Three:Â  Nothing happens.Â  In this most likely scenario, the whole thing keeps muddling down the current path of rhetoric and band-aid solutions.Â  No real solution until growth lifts all the boats. Continued uncertainty ensues.

Storm Two:Â  Iran.Â  Iran is also not a new problem

Disaster One: Iran builds a nuke.Â  I would pose that a nuclear armed Iran under its current regime would be unstable and dangerousâbad economically and otherwise.
Disaster Two: Israel (US) does a preemptive strike.Â  Israel, fully assisted by the US, hits the Iranian nuclear sites and destroys the Iranian nuclear capacity.
Disaster Three: The AC/DC non-solution.Â  The idea here is keep making it expensive, keep wasting their time, and they will either give up or somebody new will take over and give it up.

Storm Three, The Storm of the Century: The Cliff

As for me, Iâd rather watch this storm from a safe harbor. Weâve cut our equity positions 50%, and will wait out that portion in short term corporate bond funds or ETFs

The scariest of the storms, the one that puts a gleam in the eye of the Weather Channel boys, is the monster storm forming at the end of the year.Â  This storm has four or possibly five âlegsâ that form a cell of enormous magnitude.

The legs are:
â¢ The expiration of the Bush Tax Cuts (12/31/12), which raise taxes by an average of 17% on all taxpayers, and very adversely raise taxes on working parents and high income investors (think over 70% increase).Â  Tag about $285 billion in tax increases on individuals, about $75 billion on businesses, the old ugly estate tax, and you have the biggest tax increase in history.
â¢ The expiration of the payroll tax âholidayâ (12/31/12), or the 2% temporary cut in Social Security taxes.Â  This increases taxes another $127 billion.
â¢ The new UIMC tax (01/01/13) on unearned income that was added in the Affordable Care Act (ACA).Â  This adds a 3.8% tax on interest, dividends and capital gains on unearned income for taxpayers with income over $250,000 ($200,000 if single).Â  $24 billion more.
â¢ The Budget Sequestration Cuts (01/01/13) take a sledgehammer and immediately knock off $109 billion in Federal spending.
â¢ And a fifth leg, is the expiration of the debt ceiling in or around February of 2013.
Disaster One: They fix part of it.Â  This is a hopeful solution; they may extend most of the Bush Tax Cuts, and make some budget changes, maybe let the payroll holiday expireâstorm semi-averted.
Disaster Two:Â  We sail off the cliff.Â  At least temporarily, huge tax increases (donât get me started on AMT) and budget cuts will cut GDP, and probably change consumer behavior (If I raise your taxes by 17%, I reduce the amount you spend).Â  In the longer run, the $817 Billion goes farther than any of the politicians had dreamed of, raises taxes and cuts spending, pushing us closer to a balanced budget, but at the cost of a recession.Â  If we go off the cliff and donât fix the cliff fast, I see the only logical outcome is a recession.
Disaster Three: They kick the can down the road. Â Somewhere right around the end of the year, like December 21st, Congress could move the expirations and effective dates out a year or two.Â  We can then sit on pins and needles for another couple of years.
âAs for me, Iâd rather watch this storm from a safe harbor.Â  Weâve cut our equity positions 50%, and will wait out that portion in short term corporate bond funds or ETFs,â says LaBrecque.