Advisors can build trust and relationships with their clients 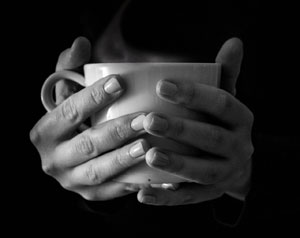 There is a great opportunity for financial advisors to help consumers understand the Social Security program and, by doing so, build trust and relationships. However, only 37 percent of advisors are very confident in their ability to help their clients optimize their Social Security income in retirement.Â Social Security is a universal benefit and a primary source of retirement income for many. However, itâs often overlooked in the planning process. In fact, a new Nationwide Retirement Institute advisor survey reveals many advisors may actually be avoiding the discussion because they lack confidence in being able to address the nuances and rules that apply to the program.

The online survey of 252 financial advisors by The Harris Poll finds that 54 percent of advisors are confident about their clientsâ plans to help them live comfortably in retirement, but 62 percent say clients frequently tell them they are concerned about when they should start to collect Social Security.

Only 25 percent of advisors believe a vast majority of their client base (more than 80 percent) understands the factors that will impact their Social Security income.

Most clients donât understand the program

A recent Nationwide Retirement Institute consumer survey revealed many misconceptions clients have about Social Security and opportunities for advisors to help.

le for Social Security benefits sooner than they actually are, including 57 percent of future retirees. Future retirees also expect to receive $1,628 on average as a monthly payment from Social Security. However, thatâs almost 30 percent more than what current retirees say they collect ($1,257).Â According to the consumer survey of 1,013 U.S. adults ages 50 or older who are retired or plan to retire in the next 10 years, one in four (26 percent) future retirees believe they can live comfortably in retirement on Social Security alone.

Donât wait for clients to bring it up

Collecting Social Security is a big worry for a lot of clients, and having a conversation about it can go a long way to ease that worry.

That number is much larger when you ask consumers â 72 percent of future retirees currently working with a financial advisor say they would likely switch to work with an advisor that can help them maximize their Social Security benefits.
Tools for advisors to help clients maximize benefits

only 13 percent of Americaâs workers have discussed Social Security with a financial advisor. Among those who were counseled by their advisor on Social Security, 40 percent say that they personally initiated the conversation...

About the advisor survey
The survey of 252 financial advisors with at least 50 percent of their clients having total investable assets of $250,000 or more was conducted online from Oct. 16-26, 2017. Because the sample is based on those who were invited to participate in the Harris Poll Online research panel, we cannot calculate estimates of theoretical margin of sampling error.

About the consumer survey
The 2018 Social Security Survey was conducted online by The Harris Poll on behalf of Nationwide from January 22 to February 5, 2018 among 1,013 U.S. adults aged 50 or older who currently collect or plan to collect Social Security benefits, and plan to retire within the next 10 years (âFuture Retireesâ, n=339), retired within the last 10 years (âRecent Retireesâ, n=339), or retired more than 10 years ago (â10+ Retireesâ, n=335). Data are weighted where necessary on age by gender, race/ethnicity, region, education, income, size of household, marital status, retirement status, and propensity to be online, to bring them in line with their actual proportions in the population. â

About Nationwide
Nationwide, a Fortune 100 company based in Columbus, Ohio, is one of the largest and strongest diversified insurance and financial services organizations in the U.S. and is rated A+ by both A.M. Best and Standard & Poorâs. The company provides a full range of insurance and financial services, including auto, commercial, homeowners, farm and life insurance; public and private sector retirement plans, annuities and mutual funds; banking and mortgages; excess & surplus, specialty and surety; pet, motorcycle and boat insurance. For more information, visit www.nationwide.com.
This material is not a recommendation to buy, sell, hold, or rollover any asset, adopt an investment strategy, retain a specific investment manager or use a particular account type. It does not take into account the specific investment objectives, tax and financial condition or particular needs of any specific person. Investors should work with their financial professional to discuss their specific situation.
This information is general in nature and is not intended to be tax, legal, accounting or other professional advice. The information provided is based on current laws, which are subject to change at any time, and has not been endorsed by any government agency.
Nationwide Investment Services Corporation (NISC), member FINRA, Columbus, OH. Nationwide Retirement Institute is a division of NISC.
Social Security 360 Analyzer is a service mark of Nationwide Life Insurance Company. Nationwide, the Nationwide N and Eagle, Nationwide is on your side and Nationwide Retirement Institute are service marks of Nationwide Mutual Insurance Company. Â© 2018 Nationwide