Spending It: Americans Plan to Upgrade Homes, Wheels and Wardrobes 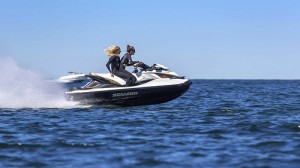 January 29, 2014- NEW YORK–(BUSINESS WIRE)–Nearly half (48%) of Americans are feeling confident about their finances going into the New Year. Thatâs up from 32% in 2010, according to the latest American Express Spending & Saving Tracker. Still, the lessons of the recession have not been forgotten. Nearly a quarter of consumers (24% vs. 21% in 2013) still feel âfrugalâ and this year, those who save are planning to increase their savings by 14% over last year.

âSmart spending is still the name of the game in 2014,â said David Rabkin, SVP U.S. Consumer Lending Products, American Express. âThe lessons of the recession are top of mind for Americans, who say they will keep saving and setting financial goals. That said, across income groups, Americans are optimistic and ready to splurge a little this year, planning leisure trips, renovating their homes and opening their wallets for little things, like a night on the town or a new outfit.â

A surprising 62% said they kept their resolutions last year, with a significant increase (45%) in the number of Americans setting resolutions for 2014. Money matters are top of mind, and saving is the #1 resolution for 2014:

Overall, 85% of Americans will set financial goals for the year, like reducing debt or building up their savings account. To reach these goals, Americans will:

Though Americans say they will be saving more, some discretionary spending is still planned for 2014. Spending on home and hearth top the list, as 34% of consumers plan to spend more to upgrade and remodel this year, up from 31% in 2013. Similar to last year, 8% of consumers plan to purchase homes, but home buyers expect to spend 45% more than last year, with an average price tag of $179,140, though real estate prices vary across markets.

The lessons of the recession are top of mind for Americans, who say they will keep saving and setting financial goals. That said, across income groups, Americans are optimistic and ready to splurge a little this year

Travel will be a âto doâ for more than 133 million Americans (compared to 129 million in 2013) who plan leisure travel this year. Nearly half (47%) plan to spend more on vacations this year than they did last year.

HOW THEYâLL GET THERE

The American Express Spending & Saving Tracker research was completed online among a random sample of 1,502 adults, including the general U.S. population, as well as an Affluent demographic defined by a minimum annual household income of $100,000. Interviewing was conducted by Ebiquity, formerly Echo Research, between January 2 â 5, 2014. The results reported in this release have an overall margin of error of +/- 2.5 at the 95 percent level of confidence.