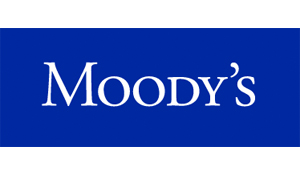 Thus far in April, earnings-sensitive financial markets have improved despite what is likely to be a wretched month for both U.S. business activity and the labor market. Apparently, investors have a great deal of confidence in the remedial powers of mass injections of monetary and fiscal stimulus.

In addition, market participants sense a gradual lifting of restrictions on business activity beginning in May. Lately, markets have not been pricing in a prolonged outage of business activity in response to COVID-19âs threat to public health.

The yield for all US-dollar denominated Baa-grade corporate bonds contained in the Bloomberg/Barclays index concurs with the current trend of MAâs long-term Baa-industrial yield. Barclays Baa bond yield has declined from a March 23 high of 5.43% and March 31âs 4.24% to April 15âs 3.38%, where the latter was noticeably less than its 3.78% average of the five-years-ended 2019.

Forecasters now grapple with unprecedented uncertainties. Never before have the dispersions of projections been so wide. For now, consensus forecasts hardly constitute anything resembling a consensus...

After having dropped from a March 20 high of 4.58% to March 31âs 3.43%, the Bloomberg/Barclays yield for U.S.-dollar denominated investment-grade corporate bonds subsequently fell to April 15âs 2.75%. The latter is less than its 3.39% average of the five-years-ended 2019. The situation was far worse during October 2008 through March 2009, or when the spanâs 7.93% average for the investment-grade bond yield was far above its 5.18% average of the five-years-ended 2007.

Despite how early Aprilâs Blue-Chip consensus forecast of a 4.1% annual decline by 2020âs U.S. real GDP is deeper than the cumulative 2.7% drop from 2007 to 2009, thus far, the high-yield bond market has held up much better compared to the most difficult stretch of the Great Recession.

Never Before Have Forecasts Been So Far Apart

Forecasters now grapple with unprecedented uncertainties. Never before have the dispersions of projections been so wide. For now, consensus forecasts hardly constitute anything resembling a consensus. The now unrivaled gap between high and low forecasts warns investors to be prepared for the unexpected.

Ordinarily, the more distant the forecast, the wider is the dispersion between the low and high forecasts. However, partly because economists rightly or wrongly implicitly assume a material containment of COVID-19 risks, the consensus prediction of a 3.8% rise by 2021âs real GDP is bounded by a narrower 4.9-point gap between the averages of the lowest and highest ten projections of 1.5% and 6.4%, respectively.