Solvency II: Its Influence Is Coming Our Way

As EU & Bermuda adopt framework, U.S. must anticipate it as well 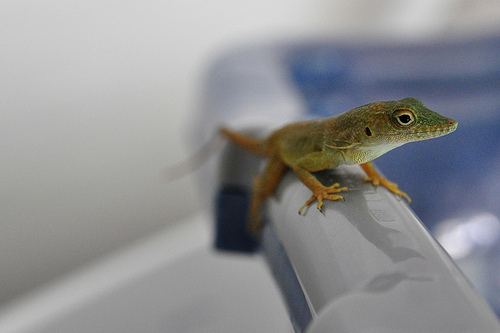 Mr. Foley, CFA is the Head of U.S. Insurance Advisory for P-Solve Meridian, a consulting firm formed last year by London-based P-Solve Asset Solutions after its acquisition of Meridian, a leading advisor in the UK insurance market established in 1984. Contact him at [email protected] or visit http://www.psolvemeridian.com


Solvency II, the new insurance industry risk capital framework being adopted in Europe, has broad implications, including substantial changes to the way capital charges are calculated on invested assets.Â  While the regulations are not yet finalized, the draft rules have caused many to re-think how they view, measure, and govern their investment risks within a framework such as Solvency II.Â  While Solvency II does not directly impact most US insurers today, it surely will in the future as regulators in the U.S. need to keep pace with their counterparts in the EU and Bermuda, who are adopting a Solvency II-equivalent framework.Â  This article provides a brief overview of Solvency II and compares some of the capital adequacy methods to the NAIC risk-based capital (RBC) framework.

What is Solvency II?
Solvency II is a comprehensive evaluation of the European insurance industry’s risk management and capital adequacy provisions.Â  Solvency II combines a principle-led approach with the following objectives:
– To improve policyholder protection, in particular through better management of mismatches between assets and liabilities
– To promote greater consistency in the management of risk across the European insurance industry
– To ensure that effective risk management practices are embedded in governance structures
– To improve the competitiveness of EU insurers vis-a-vis non-EU insurers How will it work?

Solvency II is based on the incorporation of the so-called ‘three pillars.’Â  These are briefly summarized below:

Pillar 1:Â  Primarily based on quantitative inputs, Pillar 1 considers a firm’s assets and its liabilities.Â  In doing so it outlines a firm’s ability to withstand unanticipated shocks.

Pillar 2: Â Pillar 2 focuses on risk detection and management through the Own Risk and Solvency Assessment (ORSA) Supervisory Review.

Pillar 3:Â  Aims to improve market discipline through increased transparency (a secondary aim has been to eliminate the discount historically applied to listed insurers).Â  Disclosure culminates in, but is not limited to, a solvency and financial condition report.

The focus of the remainder of this article will be a comparison of the capital charge related to invested assets under Pillar 1.

Both the NAIC’s Risk-Based Capital (RBC) and the AM Best’s Capital Adequacy Ratio (BCAR), use a similar methodology.Â  Simply put, both apply a static capital charge to investments based on the rating and asset class.Â  The charge is fixed for equity investments with no credit given for hedging or the benefits of diversification.Â  For fixed income securities, the capital charge is based on the credit rating, the lower the credit rating on the bond, the higher the capital charge. There is no explicit credit or charge for the relationship between the assets and liabilities. Similarly, there is no consideration given to interest rate shocks, spread widening or other sources of investment volatility.

Both the NAIC's Risk-Based Capital (RBC) and the AM Best's Capital Adequacy Ratio (BCAR), use a similar methodology. Simply put, both apply a static capital charge to investments based on the rating and asset class.

Solvency II takes a very different approach.Â  The Solvency Capital Requirement (SCR) is the amount of capital to be held by an insurer to meet the Pillar I requirements under the Solvency II regime.[i]Â  According to European Commission Article 250, ‘the SCR corresponds to the economic capital a (re) insurance undertaking [company] needs to hold in order to limit the probability of ruin to 0.5%, i.e. ruin would occur once every 200 years.’Â  Thus the SCR Is calculated using Value-at-Risk (VaR) to a confidence level of 99.5% over a one year period.

We compare the capital charge on a hypothetical U.S.-based P&C insurance company with an asset allocation of 90% in a high-quality, intermediate duration core bond portfolio and 10% in return-seeking asset classes (a diversified portfolio of assets such as domestic and international equities, high-yield bonds and other asset classes).

We see how the required capital charge under both the Solvency II and RBC frameworks.Â  In our simplified example, the capital charge is approximately twice as high using the Solvency II methodology.Â  While that difference is stark, some capital relief is given for the interaction between asset classes as shown by light grey bar below the line.Â  That concept, along with the credit given for aligning assets with liabilities, isn’t part of the current RBC or BCAR frameworks.

While Solvency II isn’t on U.S. insurers’ doorsteps today, we believe it will influence regulator and rating agency thinking going forward.Â  In addition, we believe that many aspects of this approach have merit including decomposing fixed income risks and giving credit for hedging and diversification.Â  In time, we expect that the ‘Cost of Capital’ approach suggested under Solvency II will lead to a re-evaluation of current asset allocations techniques.

[ii] Example based on the European Commission QIS 5 Technical Specifications, 2010

[iii] The return-seeking portfolio is assumed to have a Beta to the U.S. equity markets of 0.70.