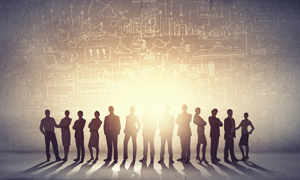 October 06, 2020 — ATLANTA–(BUSINESS WIRE)–With U.S. Election Day only four weeks away, PlanGap, a developer of retirement insurance solutions, has identified a growing consensus among leading think tanks, advocacy groups and associations that one of the nationâs most cherished entitlements, Social Security, is a top voter concern ahead of the November election.

Progressive think tank Data for Progress, in conjunction with advocacy organization Social Security Works, recognized Social Security as a leading issue among voters. When asked to pick the most important issues facing likely voters this November, 54% of those polled said âpreventing Social Security benefit cuts.â In fact, it was the only issue ranked in the top three by more than half of voters, including 51% of Republicans, 54% of Democrats and 57% of Independents. No other single issue has received anywhere near this level of bipartisan concern.

âWe are seeing an increased level of fear about dwindling Social Security funds, not only among those who are about to receive benefits, but from all age brackets in the electorate,â said David Duley, PlanGapâs founder and CEO. âAmericans want to regain control, especially when their retirement security could be in jeopardy. To address growing concerns, our PlanGap Annuity is the nationâs first and only plan that gives policyholders protection and peace of mind around one of their largest sources of retirement income.â

Insurance and financial services provider, Nationwide, is also closely tracking consumer sentiment about Social Security, especially in the wake of COVID-19. According to a series of surveys conducted by The Harris Poll this summer, 61% of adults worry more now than they did before the pandemic about Social Security running out of funding.

Nationwideâs seventh annual consumer study, with findings noted as early as spring 2020, also recognized increasing concern across the electorate, as 44% of Millennials indicated they do not believe they will get a dime of earned Social Security benefits. Moreover, 61% of Generation Xers and 51% of Baby Boomers believe there will be Social Security cuts under the current administration. Regardless of the generation, three in five adults who are not retired stated they are not saving enough for retirement.

We are seeing an increased level of fear about dwindling Social Security funds, not only among those who are about to receive benefits, but from all age brackets in the electorate...

Duley added, âCOVID-19 has increased uncertainty in the outlook for Social Security because of its impact on the U.S. economy and revenues paid into the trust fund. When you factor in the possibility of further payroll tax reductions, it could exacerbate concerns about the fundâs solvency by slashing a key revenue source. That is why we worked with the industryâs brightest minds to develop an unmatched financial product that affords greater flexibility at a guaranteed interest rate to account for reduced Social Security benefits.â

The recently launched PlanGap Annuity is part of a roadmap of entirely new financial solutions called retirement insurance, a suite of âtrigger-basedâ annuity and life insurance solutions that address fundamental financial issues for Americans, no matter their level of access to coverage.

In the event of a government reduction to monthly Social Security benefit payments, the PlanGap Annuity pays policyholders a sum based on the amount of coverage chosen at the time the annuity was purchased. This âPlanGap Bonusâ escalates over time and caps at 30% of the initial annuity value.

Available in 18 states and the District of Columbia, with more states expected in the near future, PlanGap annuities are sold by licensed insurance professionals and financial advisors. Interested parties may visit plangap.com to be introduced to an approved agent.

About PlanGap
Headquartered in Atlanta and founded in 2017, PlanGap is a product innovation company creating a new class of financial solutions â retirement insurance â a suite of âtrigger-basedâ annuity and life insurance products that solve fundamental financial issues for retirees. The company empowers people to insure themselves against disruptions to their retirement income, providing solutions for those worried institutions have made financial promises they cannot, or will not, keep. Visit plangap.com for more information.