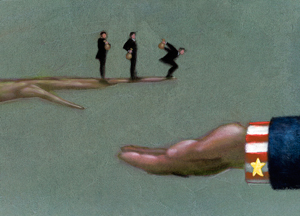 Ms. Mantell is the founder and president of Mantell Retirement Consulting, Inc., a retirement business development, marketing & communications, and training company supporting the financial services industry, advisors and their clients. She is author of âWhatâs the Deal withÂ®â¦ Retirement Planning for Womenâ and blogs at BoomerRetirementBriefs.com.

As you start your 2019 planning, keep in mind that one Social Security claiming strategy is still available for some clients: the Restricted Application. It is available for clients born in 1953 or earlier, or born on January 1, 1954, and who are married or divorced. This âalmost-gone-but-clinging-to-the-edgeâ claiming strategy is alive and well. And, the income benefits can be substantial.

Too many clients misunderstand the rules surrounding their Social Security benefit options and the implications of the decisions they make. And for this group grandfathered into the âold claiming rulesâ, it can be just plain confusing. Take the time to run an analysis of the advantages of the Restricted Application.

The Beginning of the End for the Restricted Application

When a married person claims his or her Social Security benefit, the door opens for the other spouse to claim their spousal benefit. But what if the spouse also has his or her own retirement benefit? Which benefit does he or she claim?
For clients born in 1953 or earlier, if they claim at Full Retirement Age (FRA) or after, they can choose which benefit to take. So long as one spouse is already claiming their own benefit, the other can file a ârestricted applicationâ for just their spousal benefit amount. Meanwhile, their own benefit continues to grow, earning delayed retirement credits of 8% per year until age 70.

This strategy was commonly referred to as the âclaim now, claim more laterâ strategy. While never wildly popular, it did afford many well-off clients the opportunity to pocket a significant amount more from Social Security than was intended.

Keep in mind that Social Security is a social insurance program. It has always been intended to provide a modest benefit for all who qualify. So, when you hear about a claiming strategy that allows a select group of retirees to claim one benefit today and get a much bigger payment later, that certainly flies in the face of the intended benefit. Coupled with the reality that changes are critical to shore up Social Security for the future, itâs easy to understand how a loophole that gave more to a select group was targeted to end.

And, indeed it did. One section of the Bipartisan Budget Act of 2015 closed the Restricted Application. But not immediately. Therefore, you likely have a number of clients who are still eligible for this option and youâll want to bring it to their attention early in 2019.

Those who are eligible for the Restricted Application are clients born in 1953 or earlier, or on January 1, 1954. Their Full Retirement Age is 66. (Caution: do not use an FRA of 66 as the marker for eligibility for the Restricted Application. Those born in 1954 also have an FRA of 66, but are not grandfathered in.) You may have clients born between 1950 and 1953 who decided to wait to claim their benefits until age 70. Those clients are still eligible for the restricted application as well.

There are a few key pieces that must fall in place in order for a client to take advantage of the Restricted Application:

If you are wondering how important it is to run the Restricted Application analysis for eligible spouses, letâs just say itâs critical!

How the Restricted Application Works

Filing for the restricted application can be done online at SSA.gov/mySocialSecurity. The qualifying spouse who has reached FRA simply fills out the online application and answers âyesâ to the question if they are limiting (or restricting) their application. The payment is their spousal benefit amount less any Medicare Part B premium payments and any voluntary tax withholdings they may have elected (IRS form W-4V).

Itâs important to check back with clients who elect the Restricted Application each year to see if the reduced income from Social Security still works for their short-term and long-range plans. And, when the client is nearing age 70, make sure to remind them that itâs time to go back into Social Security to âflip the switchâ and request their maximum payments. Social Security does not automatically switch payments, so clients need to take an additional step.

If you are wondering how important it is to run the Restricted Application analysis for eligible spouses, letâs just say itâs critical! The implication on immediate income and the significant increase income at age 70 can be substantial. Take a look at the following examples to get an idea of the scope of this strategy. These are simplified examples and do not include cost of living adjustments or increases due to additional working yearsâthey are intended to show the magnitude of the strategy.

Case 1: Married with Benefits
Charlie was born in 1952, his FRA is 66, and he decided to claim his retirement benefit at FRA. Casey was born in 1953 and is eligible for Social Security benefits on her own. Charlie was the higher earner, so his Primary Insurance Amount (PIA) is higher. Hereâs how the restricted application would benefit this married couple:

Since Charlie claimed his own benefit first, this satisfied the requirement that one spouse must âbe in the poolâ, collecting his or her own retirement benefit before the other spouse can claim spousal benefits. When Casey reaches her own FRA, she could take the larger benefit (her $2,000 PIA) or the spousal benefit. Choosing to limit her benefit with the Restricted Application, sheâll receive $1,400/month. This allows her own benefit to increase with delayed retirement credits. At age 70 sheâll switch to her own benefit increasing their household income by 30%.

Now, letâs say that Charlie decided to retire early and claim at 62. All other factors are the same as in Case 1. The impact is that his benefit is permanently reduced from $2,800/month to $2,100/month. And again, because he was already claiming, and Casey is in the grandfathered group, she can file the Restricted Application at her FRA. Sheâll receive a $1,400 spousal benefit and switch to her maximum amount of $2,640/month at age 70.

Their total household income is permanently reduced since Charlie claimed early. But with this strategy, they ultimately get a 35% increase in Social Security income when Casey turns 70.

Case 3: A More Traditional Married Couple
Ellen worked part-time on and off during her career, so while eligible on her own work record, her Primary Insurance Amount (PIA) is significantly lower than her husband Edwardâs. His plan is to wait to claim until age 70 when his monthly benefit will be about $3,700. Further, Ellen retired at 62, and claimed her own reduced benefit. In this case, Edward was eligible to file a Restricted Application when he reached his FRA:

As soon as Ellen âjumped in the poolâ and started claiming her benefit (even though it was an early claim), the door opened for Edward. So a few years later when he reached his FRA, he could file a restricted application and receive 50% of Ellenâs PIA as his spousal benefit ($400/month). When he reaches 70, he will switch to his own benefit that has reached $3,696.

The Restricted Application is also available for otherwise eligible divorced individuals. At the clientâs FRA, he and she may each be eligible to claim on their ex-spouse record, then switch to their own benefit amount at age 70. (The ex-spouse does not have to be claiming his or her benefit if the divorce was finalized more than 2 years ago.)

Access to the Restricted Application can be an important strategy for a divorced client who was also the lower-earner. Having some income from Social Security at FRA and then an increase in monthly benefits at age 70 can make a tremendous difference in later retirement years.

Does the Restricted Application Always Work Out?

The short answer is no. While the math works out well, the reality is most people canât or donât want to wait until 70 to claim. Time becomes a bigger factor and wanting to preserve more of their own assets are often important considerations. Even higher income earners rarely make the commitment to wait until 70. By waiting, they are gambling on their own mortality, and thatâs a tall order.

Using the Restricted Application affords a clientâs household a nice boost in income in many situations. But this is not what Social Security intended nor in the spirit of a social insurance program. Nevertheless, make sure any client born in 1953 or earlier, and who is married or divorced, considers if the Restricted Application strategy could make a difference in their retirement income plan. And, discuss the realities of one of the couple waiting until 70 to claim his or her own benefit.

The closing of the Restricted Application does not change the rules for surviving spouses. Widow or widower clients continue to have the option to start receiving one type of benefit, and later switch to the other. It is common for spouses who have their own significant work record to claim survivor benefits first, then switch to their own at age 70. â