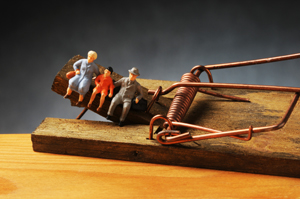 Social Security has long been called the âthird railâ of American politics, meaning that only someone looking to get electrocuted would touch it.

Well, in the middle of the night in November 2015, politicians on both sides of the aisle decided to grasp the rail and made changes to some of the best planning tools available for advisors who help their clients plan for retirement with Social Security claiming strategies.

This was done through a reinterpretation of the âdeemed filingâ rule and the effective elimination of âfile and suspendâ. Advisors and their clients have been scrambling to understand the impact of these changes and looking for new claiming strategies ever since. While two of the most effective tools have either been taken away or significantly diminished, there still are a few planning ideas available.

It is more important than ever for advisors to get together with their clients to chart out a thoughtful plan.

How did we get to this point?

Congress and the President hammered out a budget deal that will allow for an increase in the debt limit. Trying to avoid another shutdown and a replay of the days when our credit rating as a country was reduced from AAA, they looked for a way to get this done and pay for it as opposed to just increasing the deficit.

One of the easiest sells to the public is to close âloopholesâ for the rich. In this case the âloopholesâ in Social Security are called âFile and Suspendâ and âRestricted Filingâ.
It can be argued that these tools were used by more than just the rich as a way to maximize Social Security and thus create a comfortable retirement for both the worker and his or her spouse, but that is water under the bridge at this point.

With File and Suspend, a person who reaches full retirement age (FRA) could file for benefits and then suspend the payments, allowing the benefit to grow at 8% (if born in 1943 or after) per year until age 70. This gives them some powerful additional tools that would not be available if they had just waited to file.

One of the most important of these tools is that once someone has filed, it allows a spouse or dependent to file for any available payments even though the worker has not started collecting. Frequently, this would have been a spouse filing a restricted application for spousal benefits only, which would be somewhere between 35% and 50% of the workers benefit. The workers benefit then grows and at 70 the worker takes a larger benefit, perhaps 132% of the FRA benefit, and the spouse can then take either their own or continue the spousal, whichever is larger.

In fact, File and Suspend is precisely the strategy I was going to use. Letâs look at what the Leon and Anne plan would have looked like. I will probably work for another 10 years, and letâs assume my full retirement age benefit would have been $2600 a month. About 6 years from now, I could have filed and then suspended my benefit, letting it grow at 8% a year until I turn 70. Anne could start collecting a portion of mine when she reaches 62, about 35% or $910. If she waited until she reached 67 she would have been able to collect $1300 a month off of my record. And at 70, I would start collecting about $3432 a month. So, our total benefit would have been $4732 a month before any cost of living adjustments. Plus, when I passed away, Anne would get the full $3432 as a widowâs benefit.

The reinterpretation of the deemed filing rule means that any time a person files for a benefit, they are filing for all of the benefits they can get. There can no longer be an application filed restricting spousal benefits only based on the larger earners record while allowing their own benefit to continue to their full amount. In addition, if someone suspends their own benefit now, any other benefits that were derived from that filing are suspended as well, such as spousal, ex-spouse and dependent benefits. There is a small window of time for a few people to be grandfathered in under the old rules, but for the vast majority of folks these tools are gone.

So what can be done now?

There is a small window of time for a few people to be grandfathered in under the old rules, but for the vast majority of folks these tools are gone

First, advisors should be on the phone with any client that will be at least 62 before January 1st, 2016 and has a spouse that is going to reach FRA before May 1st, 2016. Those people still have the opportunity to use both File and Suspend and Restricted Filing. These clients will be grandfathered in. But what about those who are no longer able to use the tried and true methods? There are still some significant considerations and options available.

Married couples with two earners should do this
First, anyone who was planning on filing and suspending either had assets built up to use while waiting to collect or planned on continuing to work. This likely hasnât changed just because of Washington DCâs audible call. Now, instead of the workerâs spouse collecting on the workerâs record, they may want to collect on their own work record even at a reduced amount pre-FRA. The workerâs benefits still grow past FRA at an 8% rate and then when the worker passes away the spouse will still get the higher of their own benefit or the workerâs, so it can still make sense to use the delayed retirement credits. This strategy becomes very much like file and suspend, just using a different benefit amount. This strategy works best in the case of a couple who both have worked and both have decent benefit amounts on their own work record.

Married couples with one earner should do this
In the case of a one wage-earning couple, it becomes a little more difficult. In this case, file and suspend would often be combined with a restricted filing to get a larger benefit for the non-working (or lower earning) spouse while the working spouseâs benefit continued to grow. Now the most likely strategy will be for the non-working spouse to make a claim at their Full Retirement Age after the primary earner has filed.

Letâs go back to Leon and Anne. In this case assume Anne stayed home throughout their marriage while Leon worked. Once Leon files at 66 and 2 months, his Full Retirement Age, Anne can now collect a reduced spousal benefit. As Anne is 5 years younger than Leon she will have to wait one additional year, until she reaches 62 to start collecting. We now will get $2600 on my benefit and $910 as a spousal benefit. Still not bad, but it is a loss of $1222 in benefits. Now, because of the 5 year difference in our ages and the fact that I will probably still work until 70, I could wait to and take advantage of the delayed retirement credits to get my $3432. If Anne then waits to age 67 to take her spousal benefit she would now get $1716. Our total monthly benefit would increase to $5148, but we would have to live a good long time, well into our mid 80âs, to make up for all of those years of lost income.

Widow(er)s should do this
Another interesting point is that for widow(er)s, the ability to restrict to spousal-only has not been taken away. For example, say that I get hit by the proverbial bus. Anne could start taking a widowâs benefit at age 60. Anne would receive a reduced amount of my full retirement benefit since I have not started taking Social Security yet. She will receive 71.5% of my $2600 monthly check, or $1859 a month.

When she reaches Full Retirement Age, she can switch to her own benefit if it is higher. In fact, Anne could continue to take just the survivor benefit until she was 70 allowing her own benefit to grow using delayed retirement credits. In this sense, a widow actually has a little greater flexibility now than when both people were still alive.

In all of the examples we have ignored the effect of cost of living adjustment to make the math easy. COLAs will increase the amount received every year to help combat inflation. This year, of course, there was no COLA increase, but for the last 10 years the average adjustment has been 2.4%. When we add in another zero year to the 0% in both 2010 and 2011 the 10 year rolling average drops to 1.99%. Inflation has generally been low, but as those on a fixed income know any increase is a big help.

Losing the very useful tools of file and suspend and restricted filing have created challenges to planning for social security benefits. Now more than ever, advisors and clients will have to look at retirement cash flows, retirement assets and life expectancies to determine when and how to take social security. At the start of these changes â right now – is the time to work with clients to get in front of the issue and not wait until it is too late to make a plan. â