Excerpts from a recent study from the Boston College Center For Retirement Research, authored by Wenliang Hou, a senior research advisorÂ  and Geoffrey T. Sanzenbacher, an associate professor of the practice of economics at Boston College and a research fellow at the CRR, looks at the correlation of diversity and wealth planning. Read the entire report here. 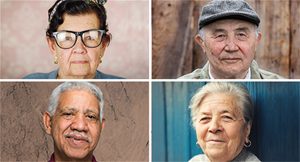 This brief, based on a recent paper, uses data from the Health and Retirement Study (HRS) to document the retirement resources of white, black, and Hispanic households at various points in the wealth distribution for five cohorts of 51-56 year olds between 1992 and 2016.

The discussion proceeds as follows. The first section explains the calculation of retirement wealth. The second section shows how Social Security reduces retirement wealth inequality by race and ethnicity for typical households in each cohort. The third section looks at the impact of Social Security on retirement wealth inequality across wealth quintiles in a single year. The fourth section shifts from wealth to income to examine replacement rates â the ratio of projected retirement income to pre-retirement earnings. The final section concludes that, as policymakers consider changes to bring Social Security into fiscal balance, the distributional impact of any benefit cuts with respect to minority groups may be worth considering.

The data source for calculating retirement wealth is the Health and Retirement Study (HRS), a biennial longitudinal survey of American households over age 50. Wealth for HRS respondents is defined broadly to include resources from: 1) Social Security; 2) employer-sponsored retirement plans (defined benefit (DB) and defined contribution (DC)); 3) non-DC financial wealth; and 4) housing wealth. The analysis covers five birth cohorts, including the recently added Late Boomer cohort (born 1960-1965). To allow a comparison between this youngest cohort and the others, the focus is on households at ages 51-56 who joined the HRS surveys in 1992, 1998, 2004, 2010 and 2016.

The samples are separated into three racial/ethnic groups:

Data on Social Security benefits come from the Social Security Administrationâs (SSA) Summary and Detailed Earnings Data, which are linked to records for a subsample of the HRS data. To convert Social Security benefits â an income stream â into a wealth measure requires calculating the expected present value (EPV) at age 65. This calculation relies on survival probabilities from SSA life tables by birth year and sex and uses the long-run projected interest rate from the Social Security Trustees Report as of the year the individual first entered the HRS. Once the EPV at age 65 is calculated, it is further discounted back from age 65 to the age at the survey year. If the respondent is married and eligible for spousal and survivor benefits, the benefit components are weighted by the appropriate survival probabilities and converted to an EPV as described above.

as policymakers consider changes to bring Social Security into fiscal balance, the distributional impact of any benefit cuts with respect to minority groups may be worth considering...

Finally, to facilitate a comparison to other wealth that the household has accumulated by ages 51-56, Social Security wealth is prorated based on the ratio of earnings in the householdâs early 50s to its lifetime earnings.

DB wealth is based on self-reported estimates of pension income at the participantâs expected retirement age. Similar to Social Security, this expected income stream is transformed into a wealth measure by calculating the EPV of lifetime benefits. This measure of DB wealth is then apportioned between past and projected service, based on self-reported years of tenure for past service and years from current age to expected retirement age for future service.

Respondents who report having a DC plan, such as a 401(k), in a current or previous job are asked for the account balance. DC wealth is simply the combined total of all accounts, plus any IRA accounts. Non-DC Financial Wealth. Non-DC financial wealth includes the net value of stocks, mutual funds, bonds and bond funds along with the value of checking, savings, and money market accounts, certificates of deposit, and government savings bonds, excluding any of these assets held in DC plans and subtracting any debt. For households where debt exceeds wealth, the measure of non-DC financial wealth is allowed to be negative.

Housing wealth is the net value of the primary residence, which is the gross value less any relevant mortgages and home loans. For households where debt exceeds equity, housing wealth is allowed to be negative.