from The November Advisor

Implementing the next phase of your business strategy on Facebook 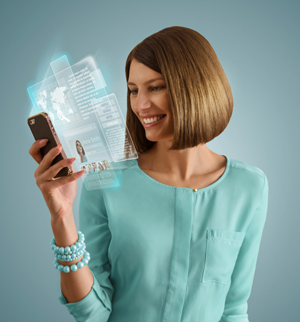 In the past, advisors would advertise their services in the Yellow Pages, on billboards, and in paper flyers–but these models are broken. While these were the best options before the digital age, today theyâre seen as primitive because they arenât targeted, there are no analytics to determine ROI, and–quite plainly–thatâs simply not where customersâ eyes are anymore.

The audience for advisors today is on social media. Not only that, but digital advertising is a measurable tactic that allows you to tie engagement back to customer actions. Promoting posts on social is one of the best ways to target an audience wherever they are and communicate to them in a way that they are comfortable with.

In the end, social media promotion is a way for you to create an authentic online presence that will enable you to differentiate yourself, effectively serve your clients, and add new customers. While there are a number of ways to promote your business on social, in this post Iâll focus on explaining how FacebookÂ® promoted posts offer an important vehicle for major ROI.

Promoted posts increase engagement by giving followers and people on Facebook something to which they can react, something that strikes a chord. People begin to develop an understanding of how a particular advisor thinks or what a certain insurer values. This may lead to contact, which leads to dialogue, which results in sales.

So, letâs look at what makes social media promotion work

Cold calls are ineffective 97% of the time, according to a buyer study commissioned by IBM. And no wonder: the only thing people donât do on their phones these days is make phone calls. For the most part, our smartphones are devices for engaging with apps, interacting on social media, and texting.
But therein lies the power of social media.

Before the advent of phones, there was a physical limit to how many people you could meet daily. Once telephone technology became commonplace, you could communicate with several people in a day–a marked evolution. Then email emerged in the 90s, making it possible to communicate with scores of people in a day. In our time, social media magnifies all of that to the nth degree, enabling us to maintain communications with an exponential number of people.

Cold calls are ineffective 97% of the time, according to a buyer study commissioned by IBM. And no wonder: the only thing people donât do on their phones these days is make phone calls

This kind of change necessitates a transformation in how insurers and advisors communicate with their customers. You need to reach them on social and on mobile, but clearly the rules of engagement have changed since these arenât face-to-face meetings or phone calls.

So how can Facebookâs promoted posts get customers to pay attention?

The answer to that lies in your ability to make a real connection with your audience. In order to capture peopleâs attention, your social media promotion should be relevant to your targets and evoke a response, which usually means conveying something thoughtful, funny, or personal.

One important reason engagement is so strong with Facebook Ads is that they give you the opportunity to tailor messages to specific audiences based on a number of different factors, like age or location, so that your message is seen by the group youâre actually trying to target.

If an organic post is doing well and is getting strong engagement, then an agent should consider promoting that post. This is a way of testing a message. Assuming engagement continues to be strong, the agent should build on that by further promoting it. Advisors should do everything they can to promote messages that are resonating with audiences. In short, promoted posts are a cost effective way to test a message, and then promote it.

But no matter how carefully targeted your ad or post is, let us not forget that it must always comply with industry regulations. Reps donât have to go it alone though. Services exist that make it easy to post and personalize corporate-approved content. For example, some solutions allow firms to continue archiving activity and address any advertising regulatory requirements while enabling advisors and other financial professionals to connect with customers on social media.

Speaking of corporate, promoted posts also provide an opportunity for integration and coordination of messaging rarely seen in todayâs marketing initiatives. Organic posts can be transformed into ads that play into much larger corporate campaigns, themes or objectives. You canât ask for much more than execution of a marketing program that spans from the home office all the way through local branches and individual representatives. Using social in this capacity breathes new life into campaigns.

The Impact of Social Media Promotion

For anyone still skeptical, here are a couple reasons why advisors canât afford to miss out on the opportunity afforded by promoted posts.

First, letâs look at Facebookâs reach: there are currently 1.3 billion people using the platform. Some estimates indicate that 70% of North American users are connected to a local business, and Facebook claims that there are more than 2 billion connections between users and local businesses. The numbers also show that local business Pages receive more than 13 million comments weekly. This means the opportunity to reach an expanded audience is very real.

What is compelling for me is the success weâve seen with many of our clients, for example Thrivent Financial: âI am excited about advertising on Facebook,â said Michelle Monson, Financial Consultant with Thrivent Financial. âIâve had a business page since 2013 but wasnât very active until [testing] Hearsay Socialâs new ad functionality. Itâs a great way to tell prospects and current clients that Iâm on Facebook and to like my page to get helpful financial tips. Iâll be reaching people I never would have met otherwise.â

With these tips and insights, I hope Iâve shown that insurers and advisors with an understanding of social media promotion not only gain more name recognition and a wider audience, but that their wisely crafted ads can translate into increased lift on their business objectives.